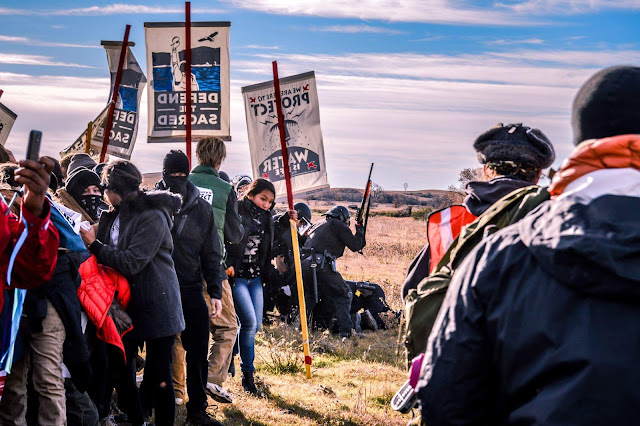 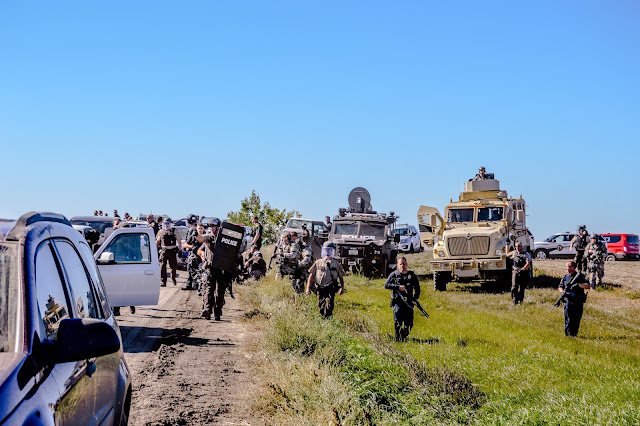 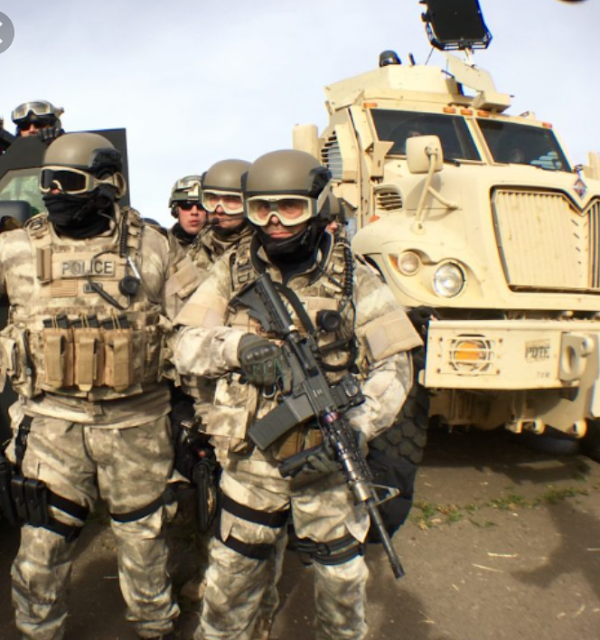 The ACLU describes the secretive U.S government's Fusion Centers, and the dangers of this data sharing, and targeting of individuals who have committed no crimes, by these joint law enforcement operations.
The ACLU said the dangers include over-reaching, fear-mongering, and including private contractors and military, in joint police operations.
This was what happened at Standing Rock when Morton County Sheriff, TigerSwan, National Sheriffs Association, National Guard, out-of-state police and  private security worked with police in 2016 and 2017, targeting a spiritual and prayerful movement.
This data sharing by Fusion Centers creates false intelligence, violates privacy, and brings great harm to those targeted by these secret operations.
The North Dakota Fusion Center was a focal point of operations targeting Standing Rock water protectors and the movement.
At least one paid FBI infiltrator was in the water protector camps and targeted Red Fawn Fallis.
The facts about the willing and paid FBI infiltrator Heath Harmon and his brother Chad Harmon (Federal BIA police at Standing Rock) are just now being exposed. They are from Fort Berthold, Three Affiliated Tribes, Mandan, Arikara and Hidatsa, in North Dakota.
We know from attacks on Censored News that a large number of former Iraq and Afghanistan US military, including special ops, were involved at Standing Rock and targeted water protectors.
We also know from The Intercept's exposures of the North Dakota Fusion Center, that Censored News was targeted. I was named, as journalist and publisher of Censored News, in those targeted.
The tentacles of this massive targeting brought in former military and former police.
Retired Bismarck, North Dakota, police working for Dakota Access Pipeline's private security firms were photographed in the dog attack on water protectors protecting burial places in September of 2016.
TigerSwan's role has also been exposed, revealing that increased fear-mongering kept money flowing to the mercenaries.
TigerSwan was not licensed and operated illegally in North Dakota.
The National Sheriffs Association -- headed by the Sheriff at the end of Bayou Bridge pipeline in Louisiana -- played a key role in the secret joint operation, and lobbied Congress for military gear.
Bayou Bridge Pipeline is operated and co-owned, by Energy Transfer Partners, which also owns Dakota Access Pipeline.
The U.S. Fusion Center in North Dakota is an arm of the U. S. government.
President Obama could have stopped the Dakota Access Pipeline, and halted the police brutality -- rubber bullets, tear gas, water cannons in subzero temperatures, strip searches and imprisonment in dog cages of water protectors.
Obama chose not to.
Resisting and maintaining through all that makes Standing Rock Water Protectors'  resistance a win for water protectors.
We send our respect to all who paid the price.

Update Feb. 5, 2018: Water protector Sophia Wilansky, 22, whose arm was blown to pieces by a projectile, has filed suit, after the FBI refused to return the evidence taken:
http://m.startribune.com/dakota-access-pipeline-protestor-injured-in-blast-sues-government-for-return-of-evidence/472819363/

We found that while fusion centers vary widely in what they do, but five overarching problems with these domestic intelligence operations put Americans' privacy and civil liberties at risk:
Continue at ACLU: https://www.aclu.org/other/more-about-fusion-centers 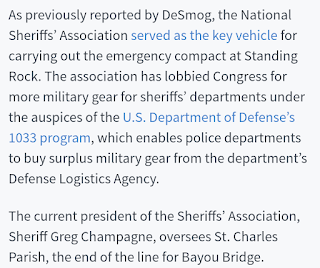 
Fusion Center chart incorrectly identified and arrested "leaders" at Standing Rock
Censored News was targeted for coverage of Standing Rock. Our article includes the Fusion Center's false chart incorrectly identifying 'leaders' of the movement, most of whom were arrested. Chart exposed by The Intercept.
.https://theintercept.com/document/2017/12/11/links-chart-on-leaders-of-the-movement/


Below: An online effort to identify those responsible for the attack with dogs, Sept. 3, 2016. 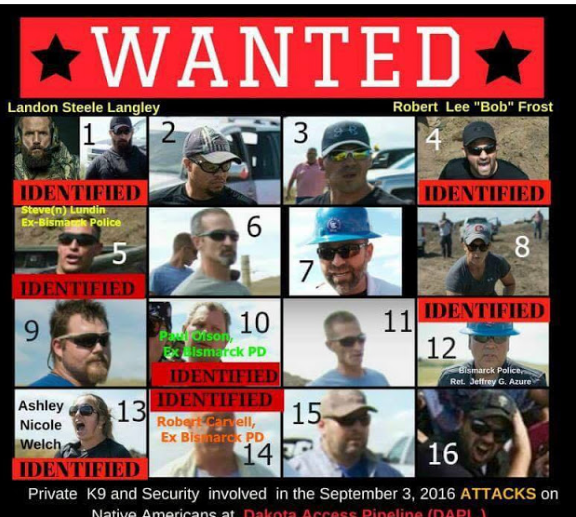