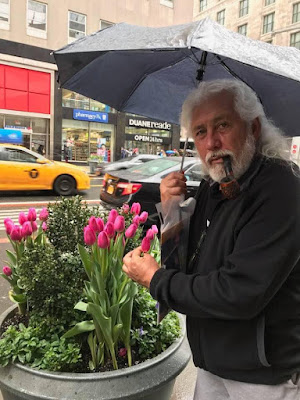 Miles Dennis Allard left us to begin his journey to the spirit world on February 8, 2018, in Fort Yates, North Dakota. Funeral Services will be held at 10:00 AM, Thursday, February 15, 2018 at the AJ Agard Building, Fort Yates. Visitation will begin at 1:00 PM, followed by a Rosary/Prayer Service beginning at 2:00 PM, Wednesday, February 14, 2018 at DaWise-Perry Funeral Services, Mandan. A wake will then follow at the AJ Agard Building, Fort Yates.
He was born August 31, 1948, in Williston, North Dakota to Paul and Viola Allard. His early years were spent being raised and taught by his grandparents Ezra and Julianna Allard in Trenton, North Dakota. He attended grade school in Trenton, North Dakota while living with his grandparents and then started high school in Williston, North Dakota. He moved to Belcourt and completed high school in Belcourt, North Dakota while living with his father. Miles’ father had remarried in the interim to Joanne, who was a special woman in Miles’ life. He graduated from high school in 1966 and entered the relocation program. Relocation was a federal program to get Indian people off reservations and send them to urban areas, where it was thought they would become more integrated into mainstream American culture. He went to San Francisco for training in diesel mechanics, but was summoned by his country for the armed forces through the draft. When Miles received his draft notice, he immediately went to enlist in the United States Navy rather than allow the machinations of the government to determine his fate. He served proudly from 1968 to 1974, most of his duty being comprised of marine mechanics and service to a particular admiral. He was stationed primarily in Guam, spent a lot of time at sea, and was honorably discharged. His service time frame makes him a Vietnam-era veteran.He returned from the service and made Williston his home. He married Janice Daniels and had two children, Nikola and Miles. He later had two children with Rhonda Wilkie, Paul and Jon. He eventually moved to Bismarck to work at Clark Equipment Company.He would ultimately return to Belcourt, North Dakota, to attend the Turtle Mountain Community College. He had an interest in education, and later transferred to the University of North Dakota at Grand Forks in 1987. He would meet the love of his life at UND, LaDonna Brave Bull. LaDonna already had four children: William, Phillip, Freedom, and Prairie. Miles was able to cultivate a relationship with all of them. Miles and LaDonna were married in 1990 in Grand Forks in a traditional ceremony, and he spent the rest of his life married to his Boo-boo. Why he called her by that name is a personal story. Miles and LaDonna graduated from the University of North Dakota in 1990 and left Grand Forks to start their professional lives. Miles began his first teaching job in Belcourt, North Dakota. LaDonna’s daughter Prairie moved with Miles, while LaDonna established her professional career in Standing Rock. It was during this time that Prairie “Chicken” and Miles enjoyed a special relationship with his daughter, and they were very close.Miles moved to Standing Rock and taught grade school at the public school in Fort Yates, and later the Standing Rock grant school until his retirement in 2016. He had a special relationship with the young children, always teaching and sometimes teasing with the children. Teasing is a native way of teaching, modifying behavior, and expressing affection. When he teased anyone, it was always good-natured and it was clear he was expressing his affection.Miles was deeply involved with his traditional spirituality, and part of that was involvement in the Sun Dance. His brother Ambrose Little Ghost was instrumental in Miles’ spirituality, and they had a special relationship. He had many lifelong friends involved with the Sun Dance, some of them were: Danny and Patsey Seaboy, John Buckley, Elliott Ward, Matt Remle, and Rocky Shopbell. There were many others as well. As a traditional man, he was also known by other names. Among the Turtle Mountain Band of Chippewas, he was known as Chimino or Little Cat. Among the Lakota and Dakota people, he was known as Tasunka Yuja-Nanji or Man Stands With His Horse. He was an intelligent man, and spoke several languages. He spoke Mitchif, Lakota, French, and English.He is survived by his wife LaDonna Brave Bull Allard, his mother Viola Tesoro, and brothers: Jamie (Candy) Tesoro, Williston, North Dakota; Ray (Sheri) Tesoro, Lolo, Montana, and Gerald (Wynne) Allard, Rolla, North Dakota. His sisters Lorie (Joe) Wilkie of Portage, Wisconsin, and Debra Allard, Grand Forks, North Dakota. His sons Miles Allard Jr., Johnstown, Colorado; Paul Allard, Mandan, North Dakota; Jon Allard, Minot, North Dakota; Eric Grey Cloud, Fort Yates, North Dakota; Ian Scotty Halsey, Fort Yates, North Dakota; Alex Schien of New York, and Shannon Metzger, Fargo, North Dakota. Daughters: Nikola Uskevicz, Bismarck, North Dakota; Prairie McLaughlin, Mahto, South Dakota, Miranda Young, Devils Lake, North Dakota; and Sky Cante Brave Bull, Fort Yates, North Dakota who Papa Miles raised from a baby. Finally, his many grandchildren: Jace, Jessa, Angelina, Skylah, Dakotah, Leszek, Latayus, Donnie, Joshua, Wakinya, Jakob, Philip, William, Myles, Dusty, Kimmela, Isabelle, Kaylee, Hepi, Waniya, Tate, and John. If anyone was left out, it was oversight and not maliciousness, Miles loved all his family members. He also leaves behind a special puppy, Dakota.He was preceded in death by his parents Paul and Joanne Allard, brothers Merle Allard and Doug (Tiny) Allard, and sister Lolita (Sissy) Tesoro. Son Phillip Hurkes, His sister Marcella Rosie Buckley, Uncle Delano Dogskin, Hunka brother, Ambrose Little Ghost, Burial will take place at the Brave Bull family cemetery in rural Cannonball, North Dakota. This man will be missed.

Sincere convalescences to LaDonna and their family, Brenda Norrell, Censored News.
at February 13, 2018 No comments: 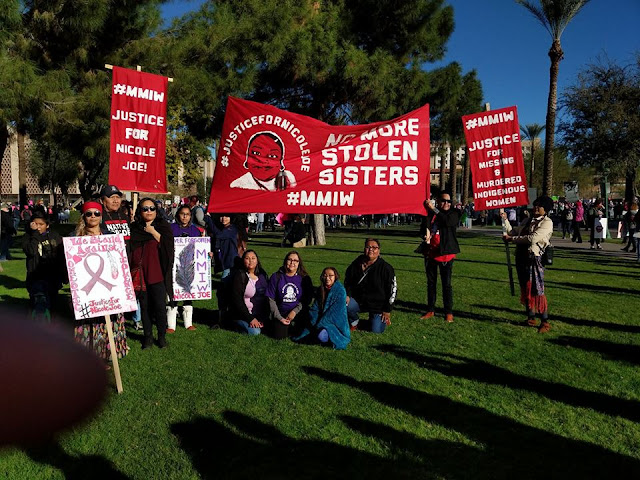 Valentine's Vigil to be Held for Nicole Joe, Diné Woman Murdered on Christmas

FLAGSTAFF, Ariz. — A candle light vigil will be held on Valentine's Day, Wednesday, February 14, 2018 at 5:00pm at Heritage Square in downtown Flagstaff for Nicole Joe. Nicole was murdered by her ex-boyfriend on Christmas Day, though her killer severely beat and left her outside for hours, he has only been charged with aggravated assault.

"She meant the word to me and her two children, everyone is devastated," stated Sarafina Joe, Nicole's sister, "The community must be aware of our sisters being ignored, our unsheltered relatives are being mistreated and they need to be heard, my sister dealt with that. In my eyes my sister is a survivor, she kept trying to turn her life around and he took that. I want justice for her, I feel like my sister is guiding me through this."

Nicole's family members and community supporters will speak at the vigil to raise awareness about the international movement for justice for missing and murdered Indigenous women.

In it's Full Report of the Prevalence, Incidence, and Consequences of Violence Against Women, the U.S Department of Justice has reported that Indigenous women face murder rates more than 10 times the national average, that they are 2.5 times more likely to experience sexual assault crimes compared to all other races, and one in three Indigenous women reports having been raped during her lifetime.

What: Candle light vigil for Nicole Joe.
Unveiling of massive "red dress" banner in memory and support of all missing and murdered Indigenous women.
Participants are encouraged to dress for rain, bring their own candles, and wear red.

Who: Speakers will include Nicole Joe's family and community supporters.

Why: Nicole Joe's murderer has merely been charged with aggravated assault. We call on the community to support and stand up for all missing and murdered Indigenous women.