TigerSwan used military provocateurs and infiltrators in an attempt to  provoke water protectors, with the goal of extending its lucrative contract paid by Energy Transfer Partners' Dakota Access Pipeline, a new article reports.

https://sofrep.com/99918/tigerswan-former-delta-operator-sought-to-incite-violence-at-the-dakota-access-pipeline/
On October 11, 2016, TigerSwan’s program manager, retired Delta Force Sergeant Major John Porter, met with Silverton security’s owner, Carl Clifton, inside a hangar at the Mandan Municipal Airport, the article reports.
"The hangar was initially used by Silverton security as a clandestine office for their intelligence cell that collected information on the protesters, self-described water protectors, at Standing Rock. The managers from the two rival private security companies had both been hired by Energy Transfer Partners (ETP) to manage the protesters at the Dakota Access Pipe Line (DAPL)."
The lengthy article describes how US military, both active military, which is a violation, and retired veterans, were used as provocateurs and infiltrators. This included Marines and Army Rangers.
TigerSwan's incentive was money -- to keep the conflict going as long as possible -- because DAPL was paying huge sums  to security contractors, the article reports.
TigerSwan and other security contractors were not licensed to work in North Dakota. Security contractors who were armed were illegally carrying weapons, the article states.
Provocateurs and False Flags
TigerSwan's retired military agent Porter, called out on his radio in  an attempt to provoke water protectors.
Pretending to be a water protector, Porter would call out on his radio from the North Bridge of the Cannon Ball River:
"All warriors to the bridge!"
"Everyone to the bridge, all warriors to the bridge!"
Eventually, John Porter got exactly what he wanted.
On November 20, water protectors began gathering at the North Bridge.
On Nov. 20, water protectors were shot with tear gas, rubber bullets and water cannons in freezing temperatures.
Infiltrators

TigerSwan security operatives were told not to ask about the infiltrator/provocateurs shown below. The two in the photo were TigerSwan's Special Mission Unit and were in Standing Rock and Iowa, according to this article.

The article also exposes security undercover agent Landon Steele, who denied that he was working for a security company while he was in camp.
Steele was shown with his dog at the time when attack dogs attacked water protectors on Sept. 3, 2016.
Steele denied that he worked for a security company, and he continued to be supported in camp.
This article says that he was a contractor for Silverton security, and his dog was a bomb detection dog. (Landon can be seen in the videos walking across the scene in Sept. 3, and is shown in the chart prepared by water protectors below.)
The article also describes the security agent who blasted into camp armed, Kyle Thompson, and states that he was a heroin addict.
Read more in the article at:
https://sofrep.com/99918/tigerswan-former-delta-operator-sought-to-incite-violence-at-the-dakota-access-pipeline/

Read more at Censored News, with photos of security contractors at Standing Rock, in our previous coverage:
Here is the initial report by the people in camp investigating and exposing those responsible for the attack with dogs. https://bsnorrell.blogspot.com/2016/09/torchlight-mercenaries-identified.html 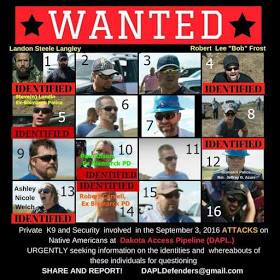 The Intercept previously exposed FBI informant Heath Harmon, of the Mandan, Hidatsa, and Arikara Nation in North Dakota. Harmon was a paid infiltrator in Standing Rock Water Protector Camp, and owned the firearm that Red Fawn is accused of having, when she was tackled by police.
Read more at Censored News:
https://bsnorrell.blogspot.com/2018/01/paid-fbi-informant-to-testify-at-red.html

Read the series at The Intercept
https://theintercept.com/2017/12/11/standing-rock-dakota-access-pipeline-fbi-informant-red-fawn-fallis/ 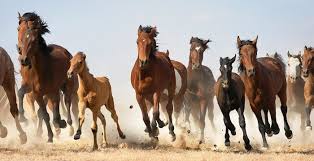 WINDOW ROCK – The growing population of feral horses on the Navajo Nation is a problem that cannot be ignored, but it will not be resolved with a horse hunt, President Russell Begaye said.“We understand the concerns of the people,” President Begaye said. “We know the issue of horses is an emotional one with strong feelings on all sides. My administration will not condone a horse hunt for controlling the overpopulation of feral horses. But we do need to implement a management plan to preserve and protect Navajo land for future generations.”The president’s statement comes on the heels of a 2018 Horse Hunt Proclamation issued last week by the Navajo Department of Fish and Wildlife. That proclamation has been rescinded and the hunt has been canceled. Fish and Wildlife will pursue alternate methods of feral horse management.According to a 2016 study conducted by Fish and Wildlife, there are as many as 50,000 feral horses on the Navajo Nation, with heavy populations in remote locations and winter range areas like the Carrizo Mountains. One horse consumes approximately 32 pounds of forage and 10 gallons of water per day. The Navajo ecosystem cannot support the number of feral horses that exist."The numbers are extreme when considering the amount of overgrazing that currently exists and the negative impact it has on the livestock and wildlife in the various ecosystems on the Nation,” Vice President Jonathan Nez said. “In addressing this issue, we are calling upon our Navajo citizens to bring forth their input to address feral horse management within their regions. We must also consider how factors like low precipitation will impact our grazing areas. We need to be prepared for the coming drought."The Navajo Division of Natural Resources (DNR) has documented extensive damage to the land, wildlife habitat, vegetation and other natural resources caused by the overpopulation of feral horses on the landscape. Implementation of a horse management plan is critical to ensure a sustainable future while preserving the land and natural resources that sustain Navajo tradition and culture.DNR has developed a multi-pronged Horse Management Plan that includes as other methods to address the population. Alternative approaches include trapping, castration, birth control and adoptions.“All of these methods, together, will address the problem of overpopulation that is causing extensive damage to our ecosystems,” President Begaye said. “If we don’t take action now, the overgrazing will have major impacts on drought conditions that we anticipate in both the short and long term.”The Navajo Nation Commission on Emergency Management on Monday approved a new State of Emergency Drought Declaration. The commission is anticipating large-scale drought conditions this summer, which will create a critical shortage of water and range feed for livestock, resulting in poor physical condition of livestock and an increase in disease. 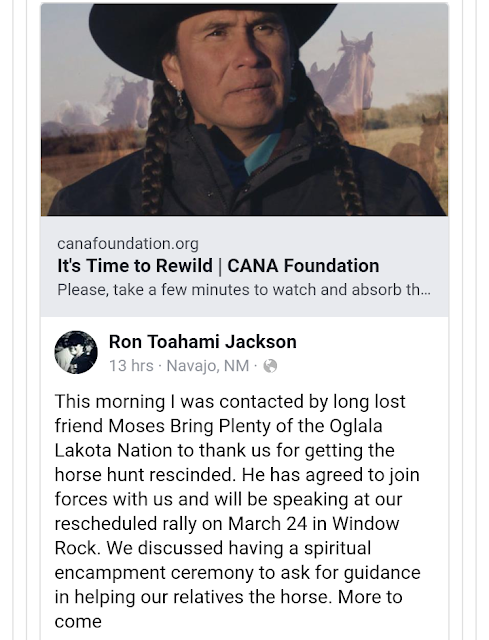 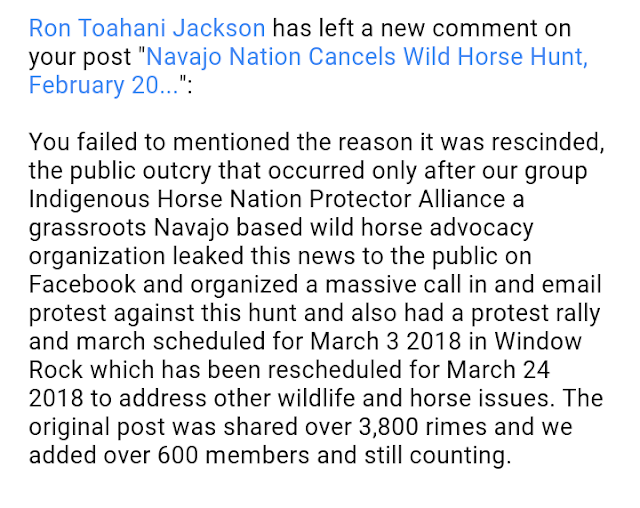 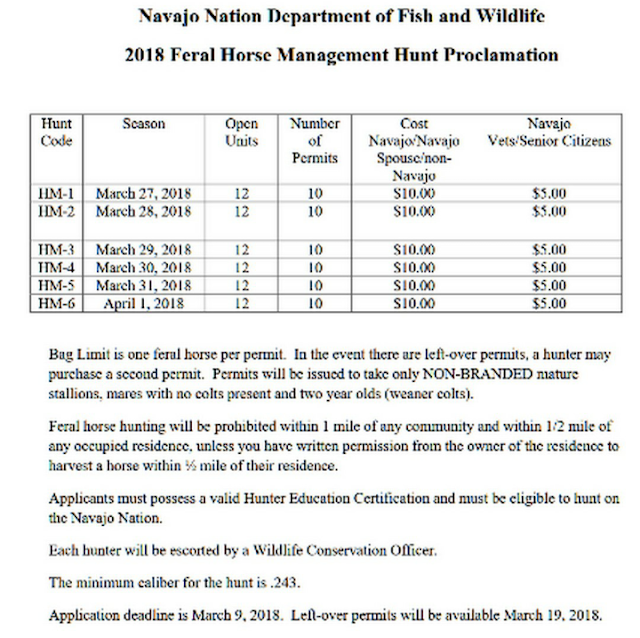