Censored News broadcast live with Wixarika at the Cancun climate summit, with our friend Robert Free from Seattle and Ofelia Rivas, O'odham.
During the interview, Robert Free invited Wixarikas to Frank's Landing, and they were later able to travel there in this powerful act of solidarity.
Huicholes are fighting a Canadian silver mining, the First Majestic Silver Corporation, in a sacred area.
At their sacred place, they offer prayers for the balance of the world.
English and Spanish translations.
Lusten:
http://www.blogtalkradio.com/brenda-norrell/2010/12/06/huicholes-fight-mining-sacred-land 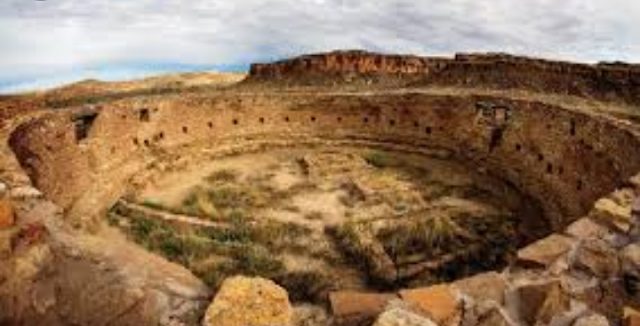 Legislation Title:  An Action Relating to Health, Education and Human Services Committee, Resources and Development Committee and Naabik'iyati' Committee; Supporting the Dine Medicine Men Association Resolution DMMA#111917-2 Titled "Requesting the Navajo Nation Office of the President and Vice President, all Pueblo Council of Governors and Greater Chaco Coalition and Partners to Consult with Dine Medicine Men Association for any positions taken on fracking and horizontal drilling in greater Chaco as part of fundamental law and our cultural and traditional inherent rights"

Legislation Description:  The purpose of this resolution is to support the concerns and request of the Dine Medicine Men Association regarding fracking and horizontal drilling in the Greater Chaco vicinity.

Public Citizen Opposes Nuclear Waste Dump License Application
New Mexicans Do Not Want a High-Level Radioactive Waste Dump in Their Community
By Public Citizen
Censored News
French translation by Christine Prat
http://www.chrisp.lautre.net/wpblog/?p=4689
(HOBBS, N.M.) A proposal to store tons of nuclear waste in Hobbs, New Mexico, from commercial reactors nationwide is drawing fierce opposition from tens of thousands of community members, activists and public officials, Public Citizen signaled today when it filed for intervention in a license application by Holtec International to the U.S. Nuclear Regulatory Commission (NRC).
Public Citizen's members and allies have sent more than 10,000 comments in opposition to Holtec's license application as part of a wider effort that has attracted more than 25,000 comments in opposition. Throughout the process, the NRC has marginalized New Mexico community voices and failed to adequately account for local concerns.
Lon Burnam, a former state representative serving Fort Worth, Texas, joined the intervention as a Public Citizen member. Burnam, who lives approximately one mile from a rail transport route, said, "There are major risks in the proposed transportation of this high-level and dangerous radioactive waste including cask leaks, terrorist actions in urban areas, not to mention the inadequacy and many safety concerns with our transportation system."
Holtec International's license application refuses to acknowledge the possibility of an accident during transport of the nuclear material, which would occur via rail lines across the U.S. Each rail car will hold more nuclear material than was present in the bomb dropped on Nagasaki during World War II. The routes to transport waste to the proposed site in New Mexico crisscross the U.S., potentially putting people across the country at risk of exposure to radiation. In New Mexico, an accident involving a single car could put anyone within 50 miles of the rail line at risk for exposure to radiation. Holetec's application insists that an accident is not possible, even though the NRC estimates that an accident with a train carrying nuclear waste will happen on average once every ten thousand trips.
Petuuche Gilbert, a member of the Acoma Indian Tribe who joined the intervention as a Public Citizen member, said, "I live on the Acoma Indian Reservation. Every hour trains go near my home and some day they could bring nuclear waste from the west on the railroad. Our tribal government would be the first responder to an accident and warn us. Spent nuclear fuel waste is extremely dangerous, and I don't want it crossing our land nor it being stored in New Mexico."
"The NRC has not listened to the public," said Adrian Shelley, director of Public Citizen's Texas Office, "If they had, they would know that New Mexico residents and people along the transport routes do not support this proposal. With this intervention, we will elevate their voices."
###
View this release online at https://www.citizen.org/media/press-releases/public-citizen-opposes-nuclear-waste-dump-license-application.
at September 14, 2018 No comments: