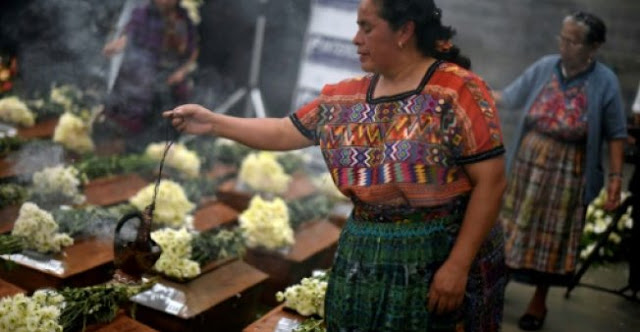 By France 24 -- GUATEMALA CITY (AFP) -
An ethnic Maya woman who advocated for the rights of indigenous people was gunned down by unknown assailants in western Guatemala, her support network and local media said Saturday.Juana Ramirez Santiago was murdered late Friday in a village near the town of Nebaj, 105 kilometers (65 miles) northeast of Guatemala City, the Unit for the Protection of Human Rights Defenders in Guatemala said in a statement.Ramirez had received death threats for her work supporting female victims of violence in western Guatemala, the statement read. https://www.france24.com/en/20180922-maya-womens-rights-activist-murdered-guatemala