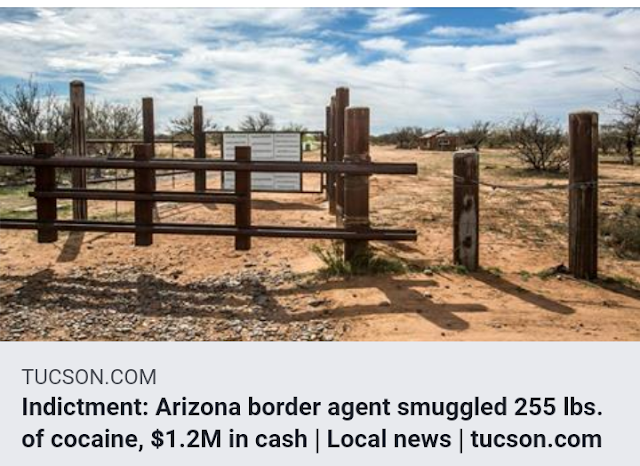 This is the fancy US Border Crossing Station at Sasabe, Arizona, rarely used and remote. Along with the US Border Patrol drug smugglers, the area between Sasabe and Three Points has been used for campsites by Minutemen, armed 'Patriots,'
and militia.' -- Censored News

Notes: Sasabe area also had some worthless US spy towers, which caused me to investigate some years ago. The United States government seems to have forgotten that it wasted $1 billion on border spy towers by Boeing. The spy towers did not work. We could have told them the WiFi- - towers to Border Patrol laptop system -- in the desert mountains wouldn't work, but they didn't ask.
Now the Apartheid security corporation of Israel, Elbit Systems, is planning spy towers on the Tohono O'odham Nation in traditional communities. Elbit is known for its drones, human rights abuses and Apartheid in Palestine.