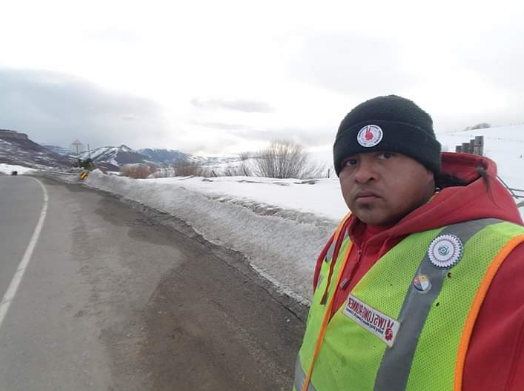 Now, Saturday afternoon, walkers are at Monarch Pass in the Rocky Mountains.
. 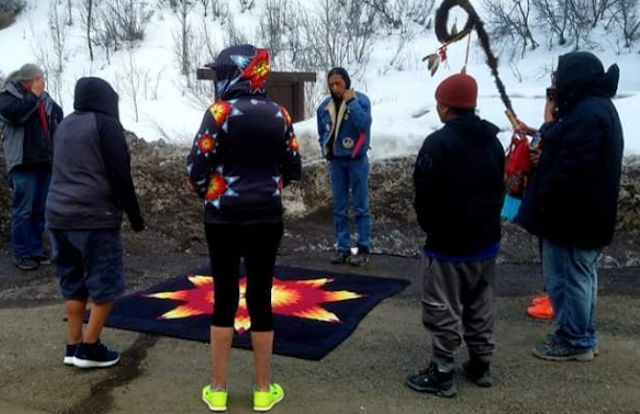 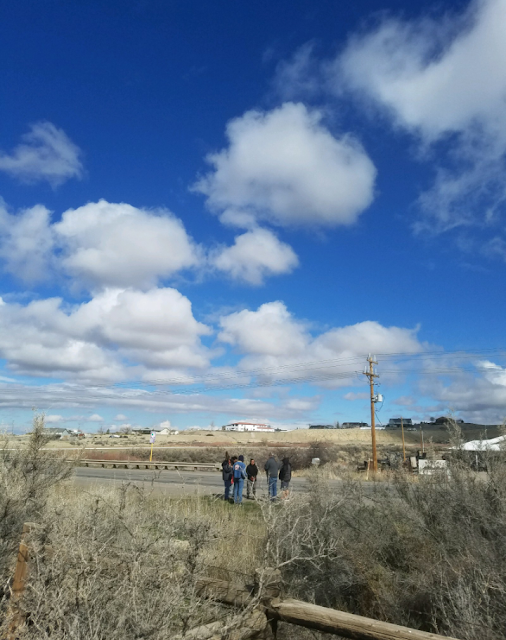 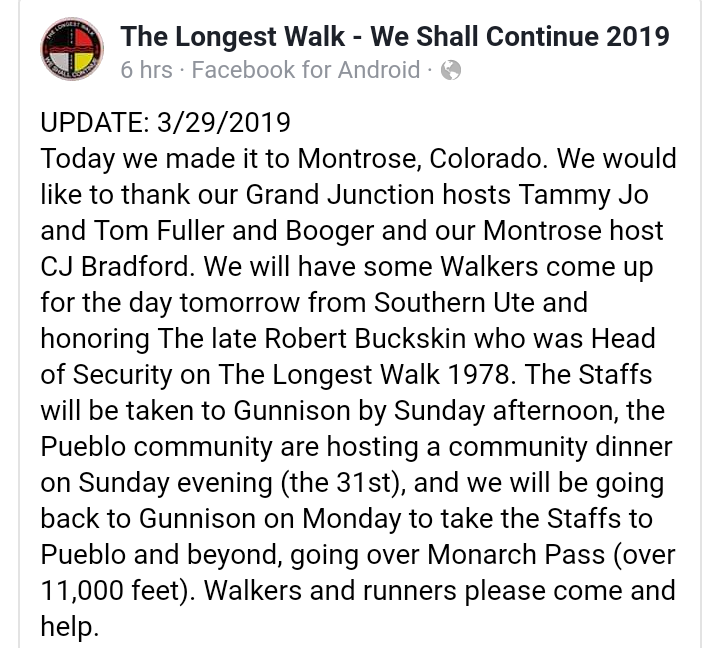 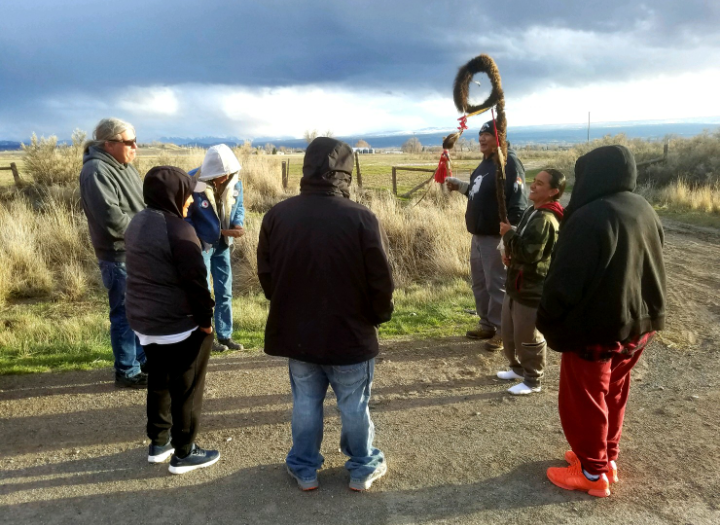 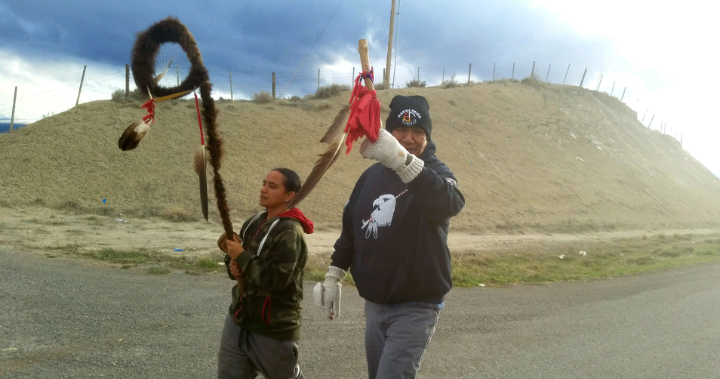 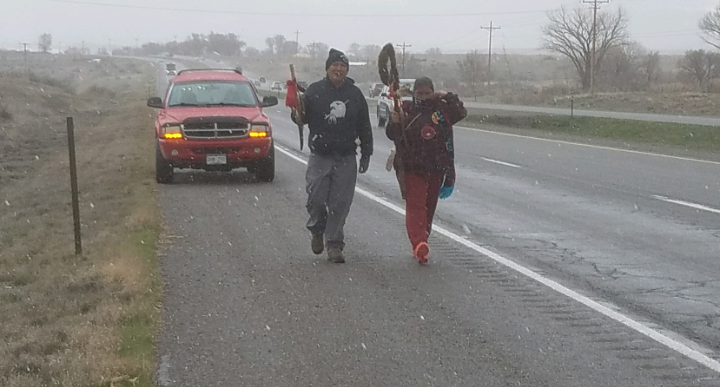 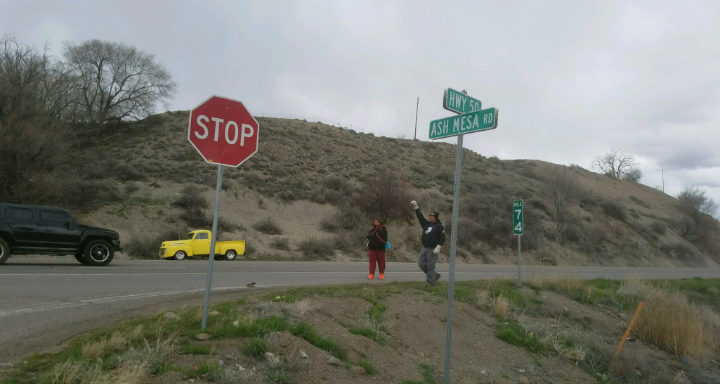 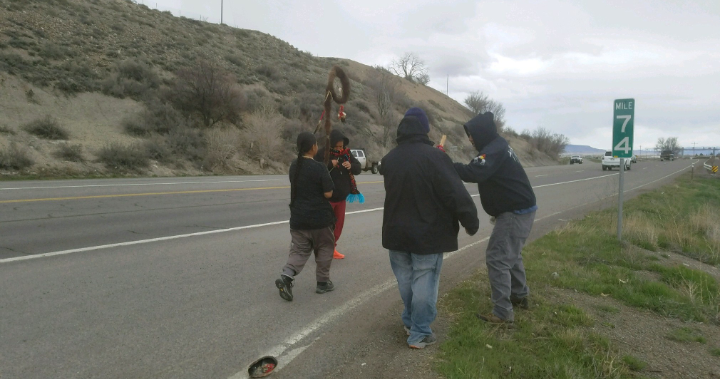 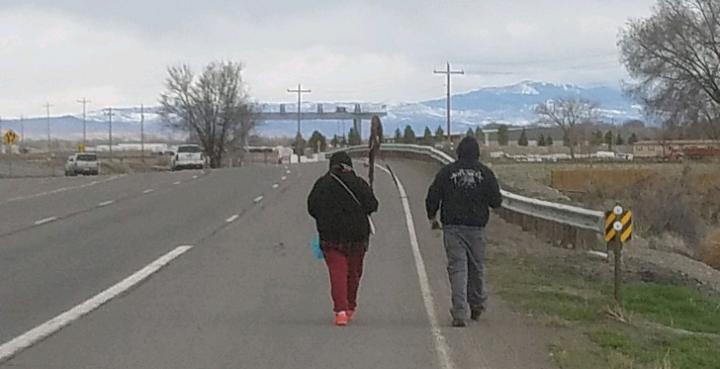 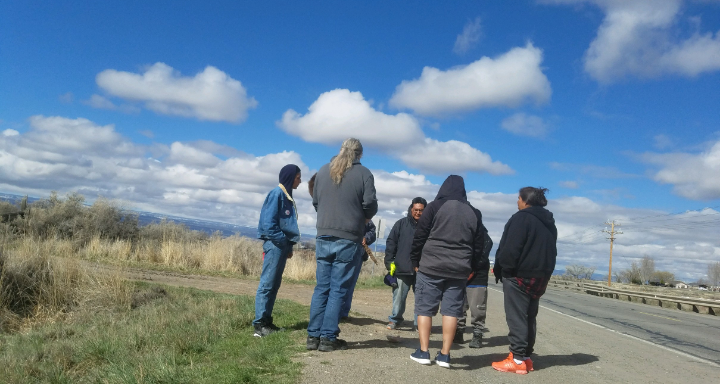 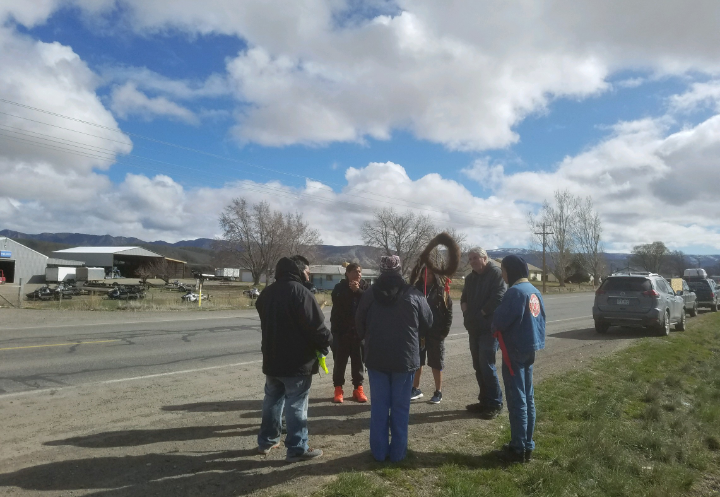 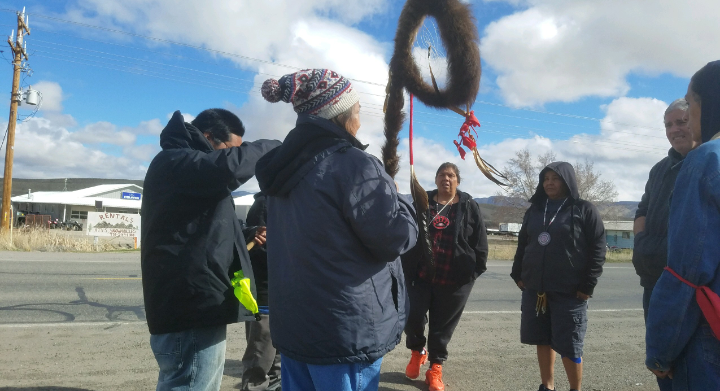 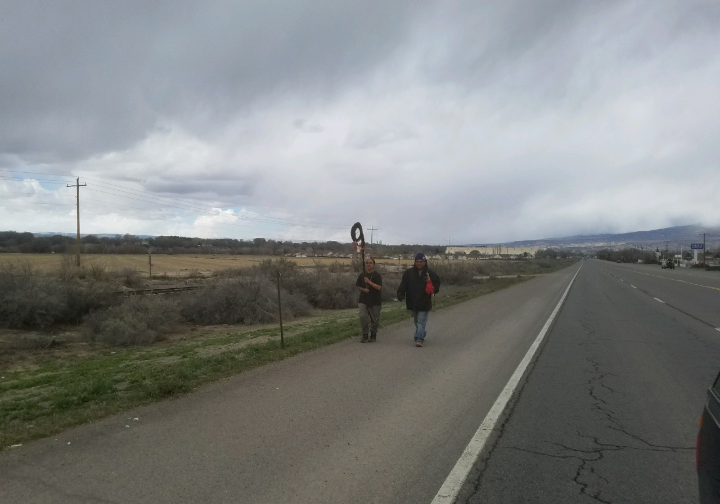 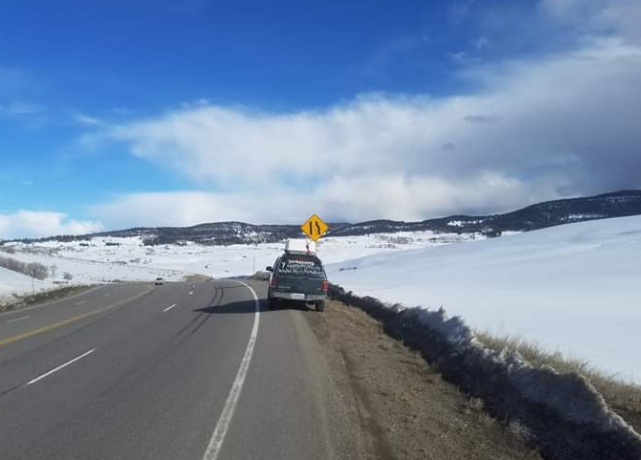 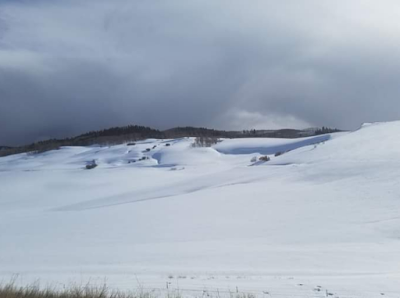 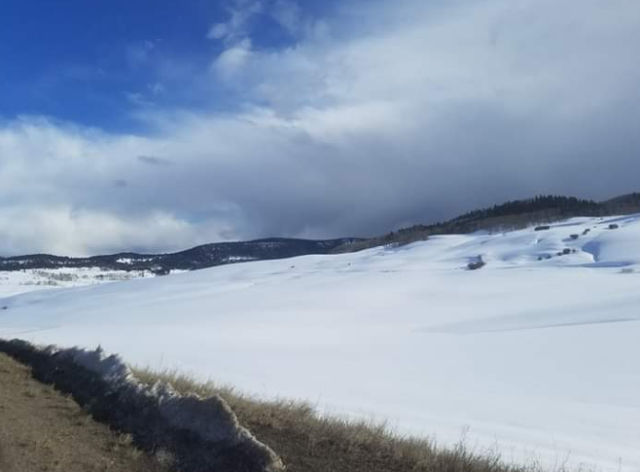 Those absurd rants about closing the border. Good luck with that.

I've been trying to come up with a funny cartoon about Trump's rants about closing the border. Most of the border looks like just another clump of sagebrush, creosote, rock or sand. I know because I foolishly decided to drive the 1,954 mile US Mexico  border.
It started out poorly, with wildfires chasing me out of southern California, east of San Diego. Well it didn't matter, I couldn't find the border there anyway.
The fastest moving fire I've ever seen was licking at my hubcaps. I had to look behind me to see if the flames touched the bumper.
"Santa Ana winds," folks moaned.
Anyway, it wasn't just the wildfires.
I tried again at Mexicali. I had once taken a bus through Calexico, on the Mexico side, with a busload of Mexican military with very long poles. It was hard to sleep on the bus, wondering about those poles. What were they used for?
"Measuring the ocean," they said when the bus rolled into Baja.
Anyway, in Mexicali, I drove right up to a little lonely stretch of the border, and began contemplating the border.
I know it was the border, because a US Border Patrol agent came and chased me away, asking me if I was some sort of criminal.
So then I decided to investigate the plight of the Pronghorn on the Arizona border, after deciding the Yuma border was just too scary to hang around alone, too much military aircraft and too many prisons.
Arizona officials didn't seem too concerned that the migration of the Pronghorns would be disturbed or blocked by a border wall.
Before a few yawns and clocking out for the day, they pointed out that the Pronghorns were already dodging bombs in the Goldwater bombing range.
And there was a scraggly fence in the Pronghorns way anyway, somewhere on the border.
I turned my attention to jaguars, but they cross further to the east in Arizona, in rocky canyons. Jaguars are very shy.
So then I went down to the loneliest of all border crossings, the Sasabe border crossing.
That's the fancy one, in the middle of nowhere, as they say, where US Border Patrol agents like to run drugs. Militia like  to set up camp here and take pictures of themselves with their guns.
Not much happening, so I contemplate the border, and the old store, remembering six cent soda pops and chocolate moon pies at other old stores that sell shovels, canned food and horse ropes, until people start looking at me like maybe I'm some sort of a criminal.
Well, back in Tucson, one of my friends took me down to Arivaca. Her car was a heat magnet and it was 116 degrees. We wrapped ourselves in wet towels to keep from passing out.
We watched US Border Patrol agents buy munchies over at Three Points store, talk on their cellphones and throw munchy trash on the ground.
Walking along a secluded trail, we must have tripped a wire over by Arivaca, two menacing men with hunting rifles and a hunting dog drove up fast, dashed toward us and on into the scraggly bushes.
One had a Las Vegas looking haircut and slick town car. The other drove an old pickup truck. He sported scraggly hair and the hunting dog.
My friend and I were also doing a serious probe into the first border spy towers, which, as it turned out, didn't work. Otherwise our smiling faces would have been on the laptop screens.
I could have told Boeing that Wi-Fi wouldn't work in the desert mountains, but they didn't ask. One billion dollars wasted.
With too much time on my hands after being censored out of the news business, I kept going.
Well, next was New Mexico, well not really.
Years earlier I had crossed into Mexico at a very lonely border crossing. There was a little jail in a lonely town where the prisoners didn't get food unless family brought it to them. The image of that one tiny, creepy cell (with possibly me inside looking hungry) led me to skip the New Mexico border.
On to Texas.
In El Paso and Juarez, once again I contemplated the border. Mostly I just ate street tacos, dried beef with green chiles, and looked for green corn tamales and cheap hotels where I might not be killed in the night.
After driving from El Paso to the tip of Texas, and trying not to die from boredom,  I began driving the border, or trying to.
Where was it?
I tried to find it, but was never really sure where it was.
After a few days of the dullest drives in the history of dull drives, I gave up. All I saw was a lot of dull colored shrubs.
I didn't even see a bird.
So after my long, fruitless and totally failed attempts to drive the border, I now wonder if Trump realizes how absurd it is to rant about closing the border.
Good luck finding it.