National Day of Missing and Murdered Indigenous Women May 5

The Criminalization of Indigenous Human Rights Defenders: Testimony This Week in Jamaica


The United States has launched a war to silence truth-tellers and defenders, with systematic spying, stalking, abuse and imprisonment

When the Inter-American Commission on Human Rights hears testimony next week in Jamaica, it will hear of the police abuse in Standing Rock, militarization of the border and the criminalization of Native  Peoples in the United States by the government, its military and law enforcement.

At the forefront is how the extractive industries of oil, gas and coal have criminalized Native human rights defenders.
The media and the politicians who reap the financial benefits from these corporations by way of contributions are both responsible for the proliferation of injustice in the U.S.
During the session in Jamaica, the international human rights body will hear of missing and murdered women in the State of Mexico, displaced Indigenous in Brazil due to dams, and the ongoing struggle for peace in Colombia.
The rights of migrants in Chile and the Bahamas, the rights of elderly Indigenous in Guatemala, and the abuse of human rights elsewhere in the Americas are among the issues to be heard during the  three days of testimony, May 8 -- 10 in Kingston, Jamaica.
The testimony includes the violation of Indigenous human rights in Peru, Bolivia  and the Amazon and racism toward Indigenous with ancestry from Africa in the Caribbean.
The testimony from Native People in the U.S. will include the divestment strategy to halt the enrichment of oil. gas and coal corporations on the backs of Native Peoples.
In the struggle for justice, Censored News invites all our media partners in radio, television and print to help us take their message to the world.
The United States has launched a war on  truth tellers, attempting to silence those who expose the truth, with systematic stalking, spying and imprisonment.
The police attacks of Water Protectors at Standing Rock, resulting in serious injury and imprisonment, and the ongoing monitoring of phone calls, stalking of activists, disruption of travel, illegal use of drones for spying, are all part of this systematic war to protect the financial interests of U.S. politicians and corporations.
The truth, however, is a mighty weapon, and can expel the distractions, spin and deceit which perpetrates the myth of the United States as a world champion in human rights.
Those who profiteer from misery must be held accountable.
We would like to see, and hear, a collaboration of radio stations, television and print media around the word,  that will champion Indigenous human rights defenders who live in their homelands.  Hold the governments and their corporations responsible.
Join us in our efforts.
Brenda Norrell, publisher, Censored News
brendanorrell@gmail.com
at May 05, 2019 2 comments:

NEW YORK -- During the United Nations Permanent Forum on Indigenous Issues, Jean Whitehorse, Dine', spoke of the forced sterilization of Native American women.
Sharing her own story, Jean exposed how the United States government carried out forced sterilization on Native women from 1960 to 1978.
Jean described how mothers are the life givers and hold a special place in society.
Jean exposed the United States' Eugenic policy of the elimination of targeted peoples with forced  sterilization.
Jean stated that forced sterilization is a crime against humanity as stated by the International Criminal Court.
In the U.S., as many as 70,000 Native women were the victims of forced or coerced sterilization by the Indian Healtth Service and prvately contracted physicians between 1960 and 1978 Jean told the full session.
During the presentation by AIM West at the United Nations in New York, Jean also showed the film Ama, which means 'mother' in Dine', at a U.N. side event.
The new film exposes the forced sterilization. Jean shares her personal story in the film Ama.
In Jean's request to the UN, Jean requests an apology from the U.S. government to Native women.  She requested that the UN carry out a global survey of forced sterilization and its impacts.
Watch the trailer for Ama below and read her UN presentation.
Prior to the making of the new film, AIM West shared Jean's story at its annual convention in San Francisco.
Jean's presentation at AIM West was broadcast live, with video, by Earthcycles and Censored News.
Watch Ama trailer:
https://vimeo.com/303690446?ref=fb-share&fbclid=IwAR3AjJcbh19N1hA8ahsBjhWTu3JGu6zbOI15b4pWF5V62VL-1O 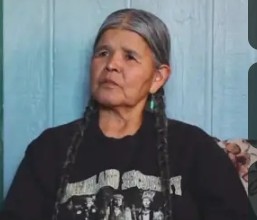 Watch Jean's interview at AIM West in 2013 by Censored News at:
.https://youtu.be/26-QlIGhXcE 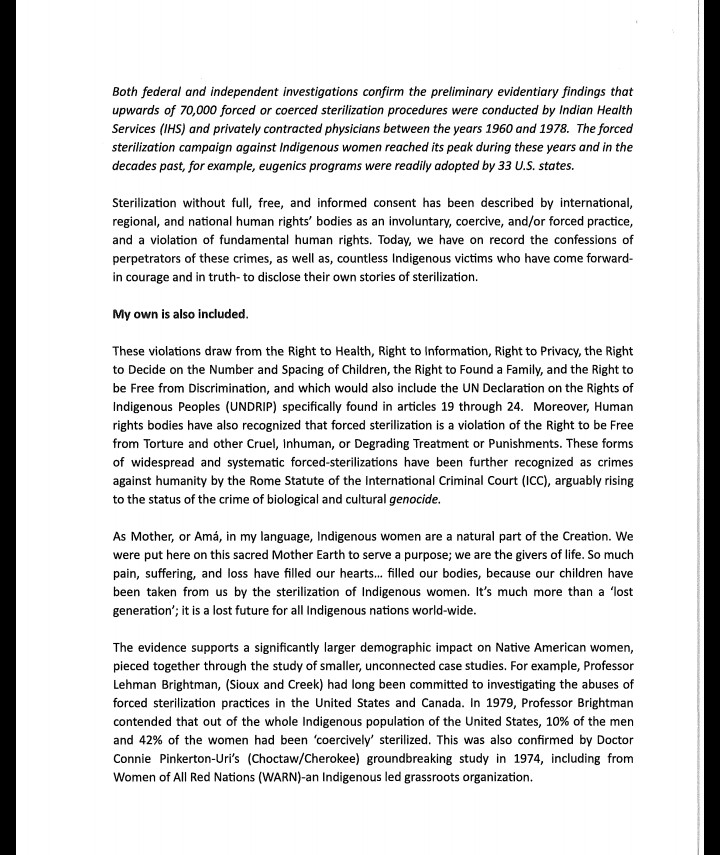 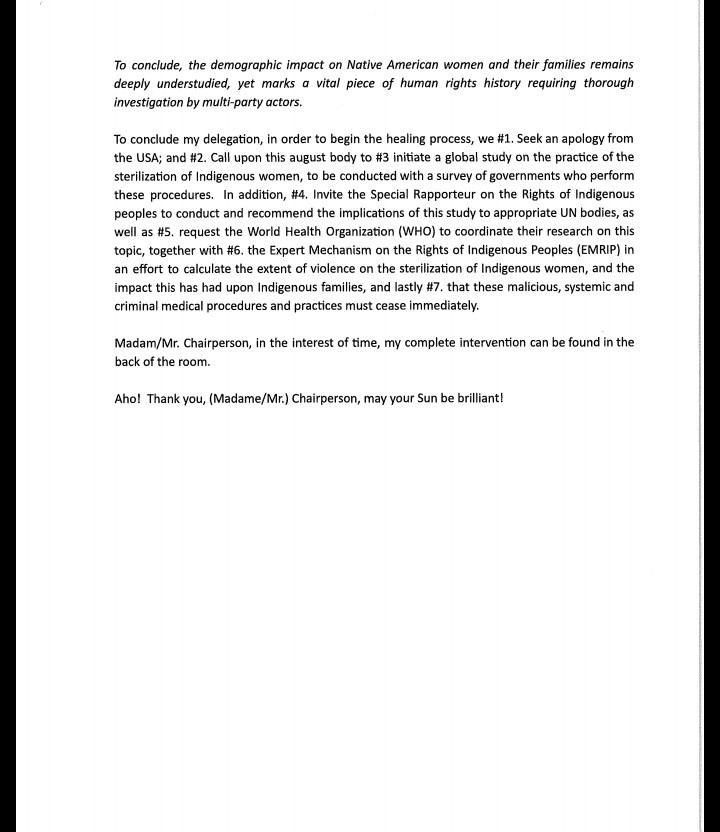 Note: To enlarge text and documents, select 'web view' at the bottom of this page.

Article copyright Censored News. Please share our links.
at May 05, 2019 No comments: