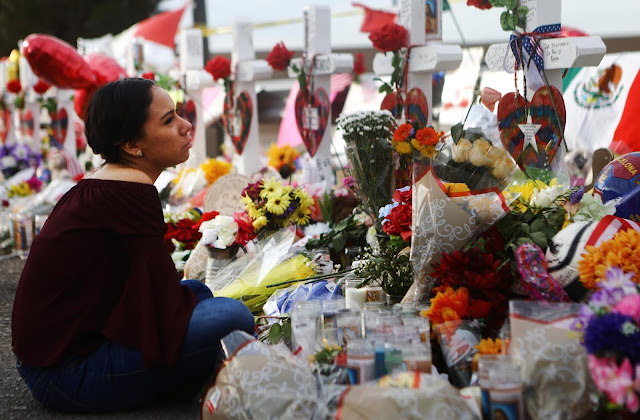 Yamileth Lopez sits while holding a photo of her deceased friend Javier Amir Rodriguez at a makeshift memorial for victims outside Walmart on Aug. 6, 2019 in El Paso, Texas. Mario Tama/Getty Images/CNN

Statement from #ElPasoFirme community organizations:Today across the country, thousands of hearts beat with El Paso: A community that straddles borders and cultures, a symbol of safety and inclusion for people from around the world, citizens and non-citizens alike.

"All four episodes received recognition this year, " said Shirley K. Sneve, Executive Director of Vision Maker Media. "I'm grateful for the team that made this happen."