2019 Goldman Environmental Prize winner to walk out a free man 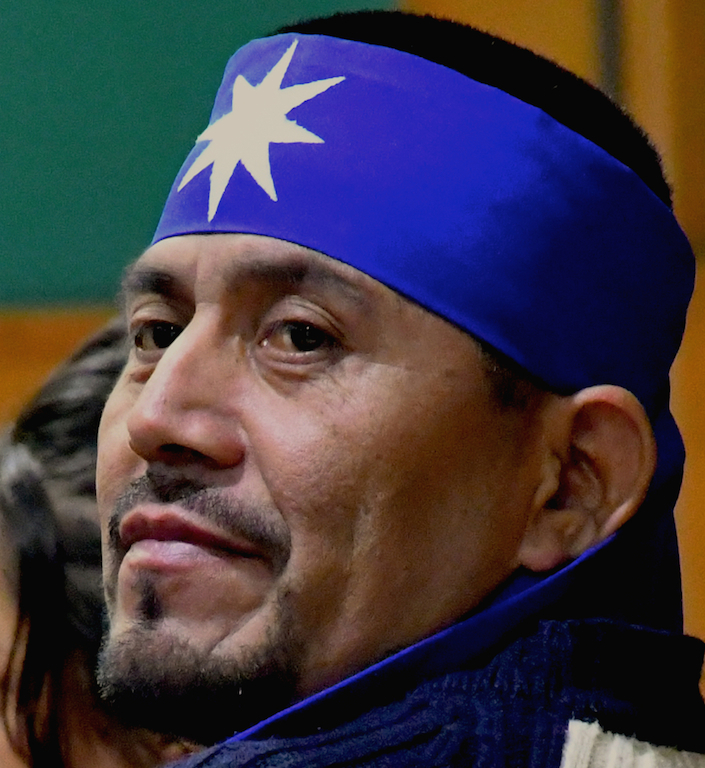 Lonko Alberto Curamíl during court hearings in Temuco, Chile               photo: Orin Langelle/GJEP
Temuco, Chile – On 13 December the Court of Temuco acquitted Lonko Alberto Curamíl and Werken Álvaro Millalén of all charges, allowing the Goldman Environmental Prize winner to walk out a free man.
–
His daughter Belén Curamil said, “I am very happy because we knew they were innocent, both the lonko Alberto Curamil and the werken Álvaro Millalén. If they were in prison for so long, it is because they raised their voices and fought for our territory, for the freedom of our Mapu, the freedom of our rivers and the freedom of the people and the Mapuche people.”  Belén Curamil accepted the Goldman Prize on behalf of her father, because he was imprisoned awaiting trial.

Another Day in the Chilean Uprising


Santiago: where militancy, music and art meet and complement each other

Copy and all photographs by Orin Langelle 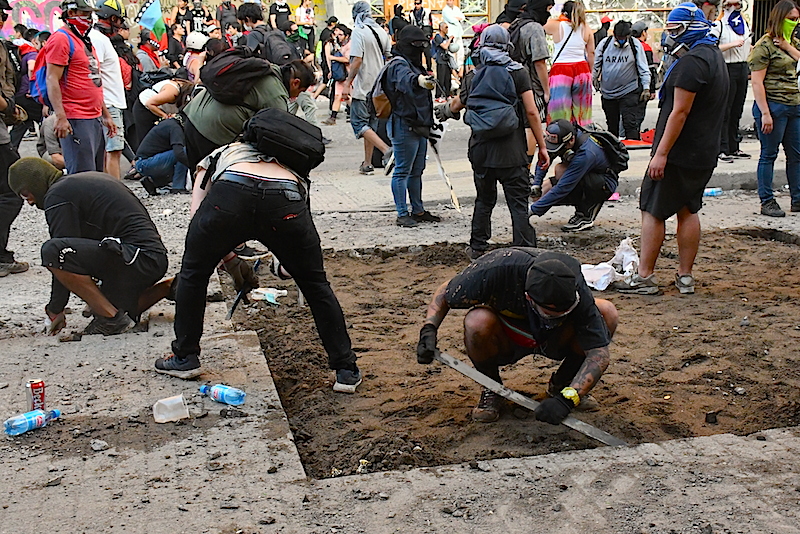 Protesters tear up the sidewalk to make projectiles for later street fight with the Carabineros (national police)
Santiago, Chile – Last night, 13 December, thousands of people took to the streets lengthening the almost daily protest to almost two months. Plaza de la Dignidad was filled and overflowing down side streets in what was reportedly one of the biggest turnouts to date in the mobilization. It appears unless the government backs down and organizes a constitutional assembly, the protests promise to keep going.