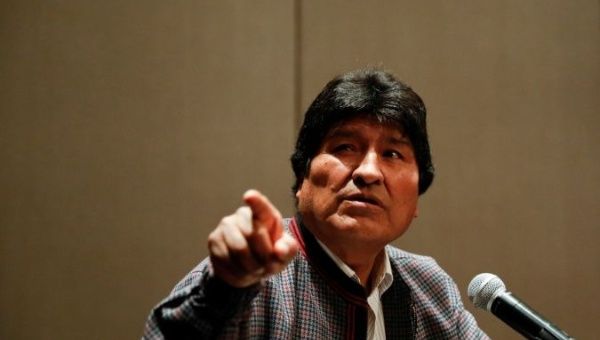 Argentina will not hand over Evo Morales to coup
Argentinian President Alberto Fernandez announced Thursday that his government "will not hand over for any reason" the former president of Bolivia Evo Morales who is in Buenos Aires under refugee status and who on Wednesday received an arrest warrant by the Bolivian Prosecutor’s Office, which accuses him of sedition and terrorism. --
TeleSur
https://www.telesurenglish.net/news/Argentinian-Govt-We-Will-Not-Deliver-to-Evo-Morales---20191219-0020.html?fbclid=IwAR2TsWIMRXBOt2jDhHSr-P-O6rfXXjxmVQBzlw3lIe1nXH3vMy-hCKhF8yk 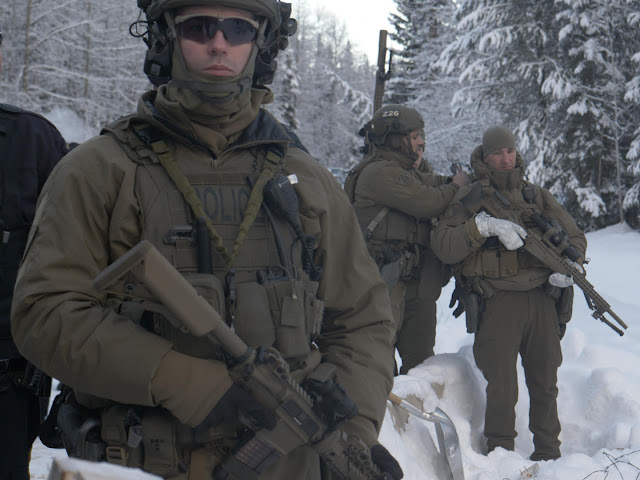 Investigative reporters Jaskiran Dhillon and Will Parrish at The Guardian report:

Notes from a strategy session for a militarized raid on ancestral lands of the Wet’suwet’en nation show that commanders of Canada’s national police force, the Royal Canadian Mounted Police (RCMP), argued that “lethal overwatch is req’d” – a term for deploying snipers.

The RCMP commanders also instructed officers to “use as much violence toward the gate as you want” ahead of the operation to remove a roadblock which had been erected by Wet’suwet’en people to control access to their territories and stop construction of the proposed 670km (416-mile) Coastal GasLink pipeline (CGL).
In a separate document, an RCMP officer states that arrests would be necessary for “sterilizing the site”.

Manitoba Chiefs alarmed:
Treaty One Territory, Manitoba – Grand Chief Arlen Dumas of the Assembly of Manitoba Chiefs (AMC) expressed alarm and concern on recent media reports that the RCMP was prepared to use lethal force on Wet’suwet’en people who have been defending their ancestral lands from devastating effects of resource extraction.

In an exclusive article published by The Guardian on December 20, 2019, documents on RMCP strategy described a militarized raid at the Wet’suwet’en blockade in northern BC. This included a plan to maintain a “lethal overwatch”, to “use as much violence toward the gate as you want” and to “sterilizing the site.”
Read statement