A massive SWAT team outside a residential home in Rapid City, South Dakota, was positioned for six hours on Sunday night, prepared to deliver deadly force. Police were searching for a 14-year-old Lakota boy who was wanted for questioning in connection with a shooting. The boy was not home.

Wow the Rapid City Police Department, Sheriff's Department, SWAT Team, Special Response Team, Highway Patrol brought their Bearcat and accessories including a robot tank, LRAD and no masks. The 14-Year-old Lakota Boy who was not home!
How much manpower do they need?
There were no non-lethal weapons!
They all carried assault weapons ready to kill this youngster!
They should make sure where their info came from but they were fishing for six hours!
Now, where's your next manhunt?

Update: Rapid City police admit that they didn't even know if a crime had been committed when the massive SWAT team surrounded a residential home. The teenager who was shot earlier was initially believed to be the victim of suicide.
Now police say the 14-year-old being sought may have only witnessed a shooting.
In any case, the massive heavily-armed SWAT team really did not if the youth was involved or if a crime had been committed. 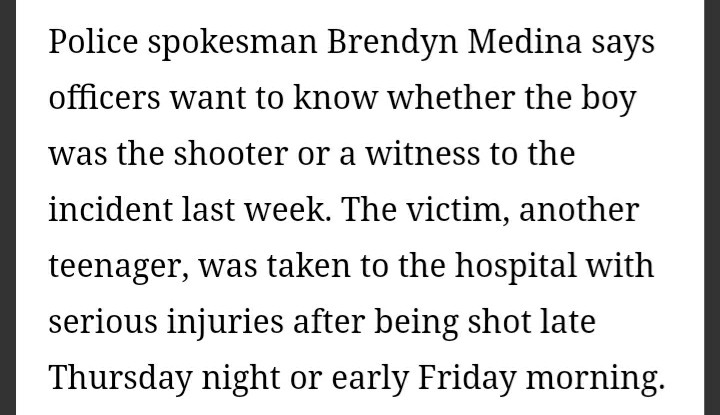