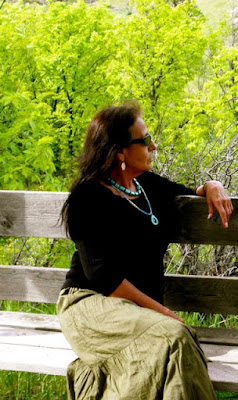 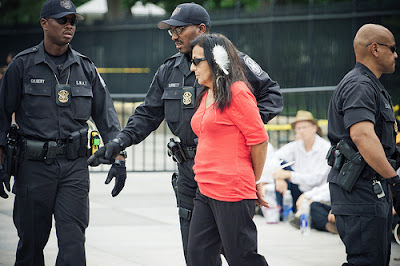 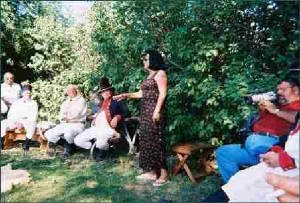 Photo Debra White Plume giving Lewis and Clark re-enactors a symbolic blanket of smallpox. Photo by Brenda Norrell, Chamberlain, South Dakota
By Brenda Norrell
Censored News
Sept. 23, 2020
We celebrate today Debra White Plume, Oglala Lakota, and her courage and bravery as a matriarch for a new generation. We share with you the words of our longtime friend, who was one of the first writers for Censored News.
We honor her bold actions for truth as she fought for the water at the Red Warrior Camp in Standing Rock, fought against the Keystone XL Pipeline and was arrested in Washington, and stood to block the megaload trucks in South Dakota.
Read more »
at September 23, 2020 2 comments: