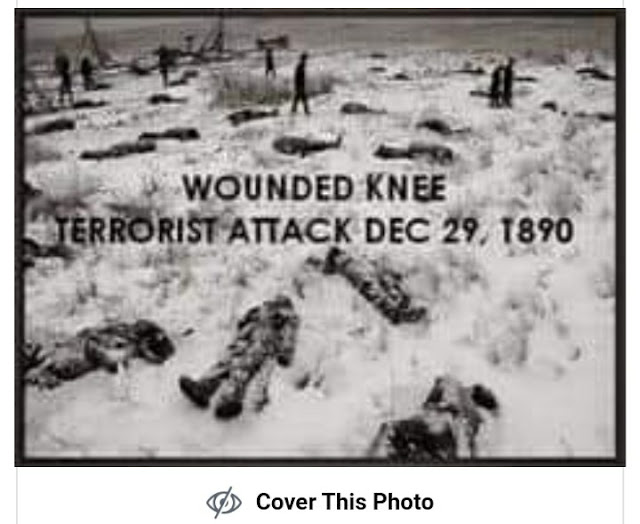 WOUNDED KNEE. This photo on the Anniversary of the Massacre of Wounded Knee was shielded by Facebook today, in itself making a profound statement about the lack of truth in history in the U.S. and Facebook's role in subverting history and blocking the truth from view.

Facebook shields from view this image of the Massacre of Wounded Knee today. At the same time, Facebook glorifies the wealth and pomp of the so-called Royal Family of England -- whose riches were derived from the torture, murder, rape, and violent theft of land of Indigenous Peoples around the world. This history is shielded from view by history books and those who attempt to forget and erase history.