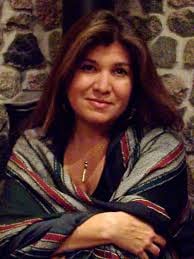 Speaking Truth to Power: Dakota Waziyatawin on Indigeneity Radio Minneapolis
Speaking truth to power: Waziyatawin: The U.S. took the Dakota, Lakota and Nakota land by fraud and theft. The land is the key to justice. She also speaks on the construction of earth lodges, The radio show is in the archives in the dropdown menu. https://www.kfai.org/player/

Join Host Roy Taylor (Pawnee Nation, Oklahoma Enrolled) on Wednesday, December 30, 2020 at 1:00 P.M. Central Standard Time, as he welcomes to the program for the first time, WAZIYATAWIN ("Woman Of The North") aka Angela Wilson née Cavender.
They will be in KFAI Fresh Air Radio "Studio Stronghold" (virtual remote broadcast/streaming/FaceBook LIVE), to discuss, remember and commemorate the Dakhóta Peoples during this month of December ("Cold Moon").
Waziyatawin is Dakota, Pezihutazizi Otunwe-Yellow Medicine Village (Upper "Sioux") from Minnesota. She is an academic, author, activist by education, training and inclination. Waziyatawin is a leading Indigenous intellectual and a sought after speaker on many topics including Indigenous Womens' roles, recovering Indigenous Knowledge and the Dakota Peoples story culturally and historically. She has been a vocal opponent of the State of Minnesota Sesquicentennial Celebration. Her background includes writing or editing six books including her Ph.D thesis, "REMEMBER THIS! DAKOTA DECOLONIZATION AND THE ELI TAYLOR NARRATIVES."
She is the Daughter of Professor Mato Nunpa, formerly of Minnesota Southwest State University. Waziyatawin has a Ph.D in History from Cornell University. She was a tenured Professor at Arizona State University in Tempe, and Research Chair in Indigenous Peoples at the Indigenous Governance Program, University of Victoria, British Columbia, Canada.
You won't want to miss this extraordinary conversation with one of Indian Country's most insightful, provocative and compelling thinkers and presenters.
1:00 P.M. Central Standard Time USA/ -6 UTC & GMT
LIVE Every Wednesday
KFAI Fresh Air Community Radio & Media
Broadcast at 90.3 FM-HD Minneapolis-St. Paul
Streaming/ON DEMAND at KFAI.org
at December 31, 2020 No comments: