Loving the crash and burn of US mainstream media


By Brenda Norrell
Censored News
http://www.bsnorrell.blogspot.com
While the reporters on the streets can't make a dime, the armchair journalists plagiarize and collect a paycheck
NEW Article! 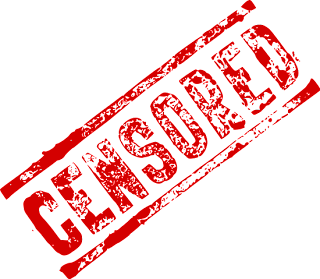 Secretary of State Hillary Clinton says the US media is losing the information war to alternative media: http://www.youtube.com/watch?v=Mi1GdHmtGQ0

I'm loving it all, the crash and burn of the mainstream media, the ole war loving, corporate loving, deceptive mouthpieces, and the Secretary of State wagging her tail with bad hair.
Closer to home, there's the outing of the armchair journalists who take no risks, and turn out a news story in an hour on national Indian issues.
Those armchair journalists email or message a "friend" on Facebook for a comment, or make a telephone call to a victim, to exploit them for their "news reporter" paycheck.
Good days to see a little light shining on the maggot and parasite infested world of journalism, long coopted by secret US policy and corporate profiteering.
Those armchair journalists think they have mastered the deceptive art of plagiarizing without getting caught, by rewriting info from the web, ha.
The other news reporters know they are not present, and their "friends" know when they get that e-mail or phone call, that it is all about exploiting them for money and power. They also know that they don't get paid for the photos which are used by armchair journalists.
It is always a good idea to call for a boycott of their advertisers. Watch the ads to see where their dollars are coming from.
The CIA Clandestine Services, CIA spies, previously had a large ad on the front web page of Indian Country Today for months at a time. Casino management companies, cola and junk food companies and warmongers like Raytheon Missiles, like to infect the media with their ads and exploitation. They have chosen you -- the readers -- to influence, and the media to control with their dollars.
From Rapid City today, are examples of two types of journalism (see below.) There's a TV station giving voice to grassroots Lakota people, and a newspaper relying on the police perspective and spinning public opinion.
Welcome now to the new world of global journalism: Wikileaks, Al-Jazeera English news, and instant Internet news, which is just a post or tweet away.
Hopefully, someday, people will be saying, "Remember when there was CNN and Fox News?"
-----------------------------------------------------------------------------------
Rapid City Journal, an article with a bias:
Here's a really good example of really bad journalism, in today's Rapid City Journal online, on the Lakota elderly meals center occupation.
The title is: "OST police monitoring Porcupine protest occupation." To begin with, the message in the news title is this: "Community members are being watched by police -- they must be doing something bad."
Next, look at the content, the majority of the quotes and information come from the police and reflect the position of the Oglala tribal government, not the Lakota people who have genuine concerns.
Even a lazy journalist could have looked at the Lakota Oyate press releases online and quoted the Lakota elderly. Even an armchair journalist, who doesn't leave the city, could listen to KILI, online, if they bothered to follow the Lakota Oyate news alerts.
Shame on this reporter, and editors at Rapid City Journal, for this pathetic article:
http://www.rapidcityjournal.com/news/article_7d346e44-492a-11e0-bed2-001cc4c03286.html
--------------------------------------------------------------------------------------------------
KOTA TV gets it right, with voices of Lakota eldery:
'Porcupine Elderly Meals protesters wait it out'http://www.kotatv.com/Global/story.asp?S=14205183
.
Posted by Censored News, publisher Brenda Norrell at March 08, 2011