By Brenda Norrell
Censored News
http://www.bsnorrell.blogspot.com
Alexander Higgins' online report about how Facebook helped spy on and arrest fly-in supporters to Palestine this week, could not be posted on Facebook today, as seen in this screen capture.
Facebook is not only helping governments to spy on, and arrest peace activists, but it is censoring a news article on what happened to the fly-in activists supporting Palestine. Activists were halted at airports in Europe this week, and others detained in Tel Aviv on Friday, as they attempted to travel to Palestine. Many remained in an Israeli prison on Sunday.
The 'Flytilla' supporters responded after Greece halted the Gaza Freedom Flotilla boats from departing, under pressure from Israel and the United States.
Alexander Higgins reports in his blog:
http://blog.alexanderhiggins.com/2011/07/08/facebook-now-helping-governments-spy-on-and-arrest-peaceful-activists-33681/
"... Facebook aided Israel in cracking down on the group of activists from the UK, France and Belgium who planned their event using the popular social networking site.
"According to the report, Facebook allowed government agents to track the activists activities and then create a black-list of people who participated in the planning of the protests.
"The group of black-listed people was then forwarded to airlines with instructions to prevent the activists from boarding air flights to Israel. Over 200 activists were prevented from flying after being added to the airlines terrorism watch list, according the the AP report."
Aljazeera also reported on how Facebook was used to halt and arrest the Flytilla activists.
"According to the Israeli daily newspaper Haaretz, police and intelligence units followed social networks used by the groups organising the protest," Aljazeera reported.
http://english.aljazeera.net/news/middleeast/2011/07/201178154823642194.html
In his articles, Higgins also reveals an extensive spy operation, as uncovered in documents by hacktivists AntiSec, Anonymous and Lulzsec.
"A sinister cyber surveillance plot revealed in this rare fascinating look deep into the underground world of the fascist partnership of corporate and government black operations.
"I recently pointed out some of the shocking details of the cyber surveillance spy program unveiled by the Anonymous release of the HBGary Federal emails as discussed by the UK newspaper the Guardian.
"While those details revealed mounds of shocking information, such as top secret military black ops being ran in partnership with the likes of Google, Facebook and ATandT to spy on online activities to gather data for the government to run mass propaganda operations and manipulate the news, the reality is the email dump contains over 70,000 emails and only as the emails are further dug through and analyzed will the full extent of the operations be revealed."
Read more on Higgins blog about the new spy operations Infraguard and Romas/COIN.
Higgins' blog also includes the report from Censored News about the off-duty Marines who are hunting migrants on the border at Sasabe, Arizona, with assault weapons, as revealed in the data release in hacked Arizona police files.
http://blog.alexanderhiggins.com/
WATCH VIDEO: French cops assaulting women protesters in Paris, after Flytilla passengers denied boarding by airlines in France 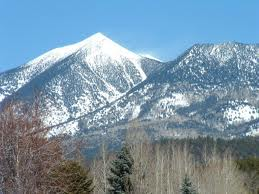 
An open letter from Skiers Keep It Real affinity group:
Camping is fun, but this is not what we planned to do this weekend (week, month?). It is not really a convenient time for any of us. But then, sometimes it really is a bit larger than ourselves and we have to do what is in our hearts or live with the pain of inaction the rest of our lives. This was not something our hearts would let us do! We may not succeed, but at least we reclaimed our own personl freedom and stood up for what we believe in. In our group we have quit jobs, cancelled vacations, saved money, organized our own support network (though it looks like further support is rolling in and we will be eating home baked goods up here for months), and made our own plans. We also call out to the world to help make even bigger plans :P
I know for certain we will fail without YOU! Yes YOU! The person reading this. Stop right now and think about what the mountain means to you. And then stop and realize it has a completely different, but just as significant meaning to a few million other people. It does not matter if that meaning is different. Our common bond is our love for the mountain. Let us put aside race, class, gender, and other social ills for a moment and join together in one common thing. Our love for the mountain and her need for protection RIGHT NOW.
You don't need a leader to tell you where to camp. You don't need us to tell you what to do. We all know in our hearts what is right! Let us know you are out there and prepared and then let's CONVERGE ON THE PEAKS!
Editor's note: There's lots to do even if you can't camp. Lets put the heart of the millions into this. Spread the word :)
Since yesterday we went from 17 countries to 30 countries visiting the site. We are 5 continents strong (anyone know anyone in Africa or Antartica?) and gearing up for the convergence. Get ready now.
at July 09, 2011 No comments: