In the land of Plenty Coups 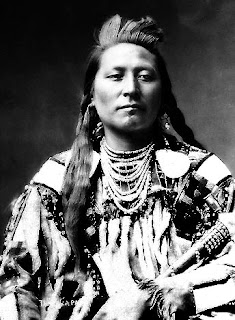 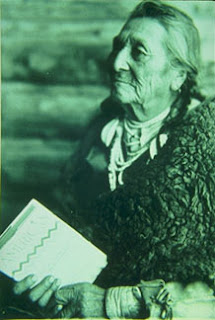 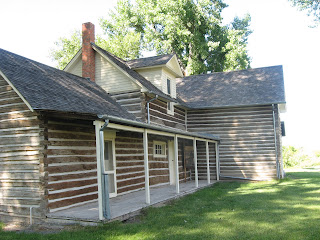 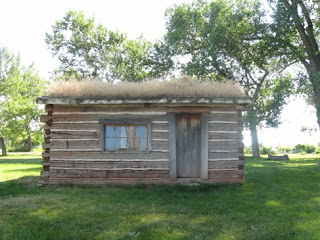 On the Little Bighorn, in the land of Plenty Coups, on the land of Wellknown Buffalo
By Brenda Norrell
Censored News
http://www.bsnorrell.blogspot.com
Photos: Plenty Coups as as a young man, and as an older man with his autobiography. Courtesy photos. Photos 3 and 4 Plenty Coups early and later homes, by Brenda Norrell.
NEW PHOTOS from Wellknown Buffalo (July 2011): http://bsnorrell.blogspot.com/2011/07/wellknown-buffalo-new-visions-for-crow.html
WELLKNOWN BUFFALO, Montana -- In the land of the Little Bighorn, on the ground called Wellknown Buffalo, we are at the new Crow Voices Radio. We're at the non-profit Centerpole, an inspiration to the Crow young people who come here, do their artwork, learn from new experiences, share their stories and feel the love.

Yesterday, we visited Plenty Coups State Park and saw the first, and later, homes of Chief Plenty Coups. When our Crow host was asked what Plenty Coups is most often remembered for, she shared his quote on education.
"Education is your greatest weapon. With education you are the white man's equal, without education you are his victim and so shall remain all of your lives. Study, learn, help one another always. Remember there is only poverty and misery in idleness and dreams -- but in work there is self respect and independence."
At the radio station, there's a coffee shop, with espresso, a teepee outside, with horses grazing, and our hosts have wrapped us in their warm hospitality. Centerpole: http://sites.google.com/site/thecenterpole
Stay with us on our journey as we travel to New Town, North Dakota, to broadcast the Indigenous Environmental Network Conference, July 28--31, 2011.
You'll be hearing live the broadcast by Crow Voices Radio and Earthcycles, with the latest breaking news of the efforts to halt the destruction and desecration of Mother Earth. You'll be hearing the voices of Navajos fighting coal mining and the draining of the aquifer on the Nation Nation and the efforts to halt the filthy Tar Sands by First Nations in Canada.
You'll be learning more about how uranium mining companies have targeted Indian country, from Navajoland to Lakota lands, and now threaten the drinking water of Native people. This comes after decades of poisoned water, disease and death from Cold War uranium mining. Further, from Western Shoshone to Goshute, the toxic and nuclear dumpers have set their sites on Indian people and their lands.
On the live broadcast, you'll hear the struggle to preserve the sacred mountains of the Wixáritari (Huicholes) in Mexico. You'll learn more about the local struggles of Mandan, Hidatsa and Arikara in North Dakota to protect the earth from oil and gas drilling.
You'll also be hearing from international human rights activists and Indigenous spiritual leaders sharing their visions for future generations.
Join the efforts and become a part of the struggle for climate justice and the protection and healing of Mother Earth.
Crow Voice Radio
http://www.crowvoices.blogspot.com
Earthcycles
http://www.earthcycles.net
at July 24, 2011 No comments: