ACTION ALERT: Arizona Snowbowl
Censored News
http://www.bsnorrell.blogspot.com
Arizona Snowbowl will start snowmaking with potable water trucked in this Friday to get the slopes ready for Spring Break. Please call the Coconino National Forest at (928) 527-3600 to lodge your complaint with the Forest Supervisor. Despite Arizona  Snowbowl not following their own plans to use reclaimed water, they are desperate and using Flagstaff drinking water to make snow. The forest service signed off on this plan a few days ago but did not check with tribes and this should not go forward. Please call and lodge your complaint and tell them 'No!' 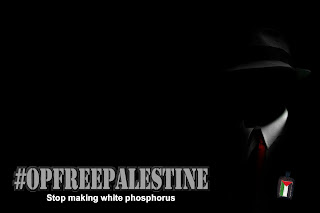 'You mad bro?' Anonymous responds to exposure of FBI infiltration

Friday update from Anonymous on Twitter
"It looks like the LulzBoat is sailing again: This was to be expected. Retired and angry pirates have been woken."
Anonymous hacktivists, posting on Twitter, say the revelation that ‘Sabu’ has been an FBI informant since last summer will not stop the hacktivists. Further, the indictment of 'Sabu' reveals that the hacking of Stratfor global intelligence was done after the FBI was involved. The cache of 5 million Stratfor files was stored on an FBI computer.

'Sabu' cooperated with the FBI during the alleged hacker of the Stratfor files, which led to the arrest of Jeremy Hammond of Chicago. According to the FBI indictment (below) of Hammond, the FBI directed that a server be set up in New York to store the Stratfor files after those were hacked.

Meanwhile, Barrett Brown, journalist writing about Anonymous who often engaged in discussions online, said his home was raided by the FBI on Tuesday. Earlier, Brown obtained a book contract to write about Anonymous, and also announced that the cartels in Mexico would be a subject of hacking.

As I have noted, the FBI raided my apartment in Dallas on the morning of March 6th. I was not there at the time; I had been given a vague warning that a raid was to take place the next day, so I went to my mom's place, where she lives with her husband, who is out of town, on the 5th. On the morning of the 6th, three FBI agents came to my mom's door and asked if I was there. She woke me up and I went down to talk to them. They told me that they'd executed a search warrant at my apartment and that the door had been broken in the process, and then asked me if I had any laptops with me here at my mom's place that I wanted to give them. I responded in the negative, and they left."

In Brown's latest post, on Wednesday, Brown exposed this in a tweet: http://wiki.echelon2.org/wiki/Endgame_Systems and an hour later posted these names:

Democracy Now's reported: "Lulzsec’s chief hacker was a 28-year-old now identified as Hector Xavier Monsegur, better known by his alias ‘Sabu.’ Apparently, Monsegur was caught last summer and — according to the FBI — has been working as an informant ever since. He allegedly directed fellow hackers from his public housing project in New York while turning around and feeding federal investigators enough incriminating evidence to build a case against his cyber-comrades.”

The Gawker's coverage of Sabu's arrest was not as kind.

The Guardian reported on Sabu's involvement in the hacking attack on the security company Stratfor, of which US citizen Jeremy Hammond is accused. “A cache of more than 5m emails taken from an attack on the company's servers in December 2011 is currently being published by Wiki Leaks, but the indictment documents reveal that straight after the attack, Sabu offered an FBI-owned server to store the cache – which was quickly accepted.”

In typical Anonymous humor, this tweet followed the rapid series of events today, referring to the FBI's role in the hacking of Stratfor: “Oh, by the way @Stratfor. How does it feel to get hacked and slaughtered by the FBI? Umad?”

Meanwhile, Brown is the subject of some of those hacked e-mails from Stratfor already released on Wikileaks Global Intelligence Files. Stratfor examined the role of Brown and Anonymous, and the dangers involved in targeting Mexico’s cartels with hacking.

Earlier, after announcing that Mexico's cartels would be targeted by hacking, Brown described on Twitter how he left his home in Dallas and went to New York, as his home address was exposed.

In Wednesday's tweets, Anonymous questioned if Brown has been taken into custody. Anonymous tweeted at noon, “Did the Feds raid and detain @BarrettBrownLOL AGAIN this morning? Rumours are flying."

Brown tweeted late Thursday, "I haven't been charged with anything."

Meanwhile, readers of the Global Intelligence Files were curious if Wikileaks would continue to publish Stratfor intelligence files now, knowing now that those files had been stored on an FBI computer.

Wikileaks continued to publish its daily releases of Stratfor e-mails.

Anonymous, pointing out there are no leaders, continued its hacktivism, targeting Vatican websites and another security company. Anonymous, in OP Palestine, also urged people to write and fax the companies (below) making white phosphorus and tell them to stop.

The Register reports, "Italian hackers affiliated with hacktivist collective Anonymous pushed the Vatican's website offline last night. The hack was in "retribution" for the child abuse scandals in the Catholic Church and Vatican-endorsed acts going back thousands of years, the group claimed in a message."

Anonymous responded to Sabu in its statement about Panda. “Yeah yeah, we know, Sabu snitched on us. As usually happens FBI menaced him to take his sons away. We understand, but we were your family too. (Remember what you liked to say?)."

“It’s sad and we can’t imagine how it feels having to look at the mirror each morning and see there the guy who shopped their friends to police.”

On Thursday, March 8, Anonymous, during OP Palestine, urged people to fax and e-mail companies producing white phosphorus and tell them to stop: