John Kane: 'Did I hear you say 10 percent of the U.S.’s energy resources are on Native lands?'

'Did I hear you say 10 percent of US's energy resources are on Native lands?' 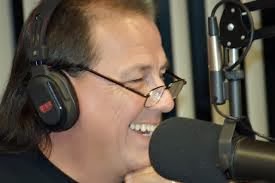 Now wait a minute. Tell me, how do any resources on our lands get tallied up as a percentage of someone else's resources?
Well, let me tell you how …
First, it happens through blatant theft. That’s theft pulled off through fraud and extortion...with a little religion thrown in.
Then we get the same theft continuing with a penny on the dollar's worth thrown at an impoverished people and/or their corrupt leaders to, somehow, legitimize the theft.
And then we get to where the bought and paid for among us wheel and deal our resources away for a fast buck with those claiming to be "tribal leaders" calling it economic development or worse; calling our resources not ours at all but rather the resources of the nation that has stolen almost everything we hold dear and essentially pledging our resources to make America proud of us.

During the annual State of Indian Nations address delivered by the National Congress of American Indian’s (NCAI) President Brian Cladoosby there were repeated references to what "we as Native people" mean to the United States. He boasted about the revenue that Washington State receives from "tribes," including his own Swinomish Tribe. And during all of this talk of our place under the skirt of America the Beautiful was the reference that 10 percent of the "Nation's" energy resources lies within our territories.
Now this isn't just a problem of misplaced or misspoken possession, it is a problem of intent. Even as many of us draw a line in the sand, not just tar sand, on mineral extraction and environmental degradation, we have those among us who are surrounded by lawyers, lobbyists, consultants and investors making million-dollar deals to sell off every barrel, every ton and every cubic foot of anything worth having.
And the biggest factors on negative environmental impact, profitability and investor interest are scale and rate. How much can be extracted and how fast? Of course, throw in a little "no one lives there but a small number of marginalized people and a reduced requirement for real oversight” and bingo! You've got the next hottest thing on the reservation since...well, since bingo.
This brings me to the place where I have to point out the obvious. Now, I get it about who and what these "tribal leaders" are. The federal government gives them their "recognition" and, therefore, their authority. And while their jobs may be to find a cozy spot within the colonial power that uses them, mine is not.
Feminist activist Nikki Craft said, "The task of activism isn't to navigate the systems of power with as much personal integrity as possible, it is to dismantle those systems."
And our task as survivors of the longest attempted genocide the world has ever seen and defenders of our future generations and protectors of our Mother is certainly not to lie down with our abusers and negotiate a comfortable spot in a system that uses everything up for profit. Our job is not to protect the American or Canadian “Brand" or deliver "Made in Canada" or "Made in the USA" to the global market. And it is not our job to look the other way while greed rips into our lands to support "Made in China" either.
If we do choose to pursue a use for these resources they should be used to produce as much value to our communities and our people as possible. Raw materials should not stripped, piped and hauled out of our lands to quench the insatiable appetites of those that would destroy the planet for profit. Our small populations and the small areas of land we still control should not only have a secure energy future but also the scale and rate required for our own needs and desires should never exceed what the environment can support.
Yet for all the vast amount of energy resources boasted about by Mr. NCAI President, we have our own people freezing to death not on forced marches or out in the wilderness but in their homes. Freezing to death in the very lands that Mr. Obama and the French President chuckled over just this week as they shared funny little stories about the Louisiana Purchase and what a great deal it was while Mr. NCAI President looked on honored to be among them.
So as the energy debate and the fight to block the Keystone XL Pipeline and tar sands oil rages on we need to look at those faces close to us — not just industry moguls. We need to shake them out of the delusion of subjugation and the lure of the American dream. We need to be a beacon of hope, not just for our own but also for the ever-increasing number of people looking to us to help break the status quo.
A gas well in Seneca territory should not be filling the pipeline for the American utility companies. It should be supplying Seneca people. It should be producing heat, electricity and automotive fuel. The people should not be sucked dry by National Fuel to pay back investors funding the contamination of Seneca lands and risking the health of the people and life of the region.
The same should be said for coal, oil, gravel, water and trees on every one of our territories. Selling off our land by the truckload, pipe or rail is still selling out our future generations. And that is a system of power that needs to be dismantled.

Wow...You pretty much covered what Ray Habritter had done to his people up in what was 32 acres, and created only for himself an Oneida Empire where he has created his own dominion over his own people, by buying corruption. But then, He did have a little training at Harvard!