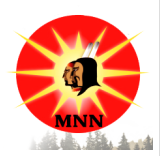 MNN. Feb. 13, 2014. “Gallant Piper” is the US counterpart to Canada’s military plan to annihilate Mohawks through “Operation Campus/Scorpion-Saxon”.  “Canada declares war on Mohawks”.

Mohawks as “Keepers of the Eastern Door” of the Rotino’shonni:onwe guard the fire of peace. During the American Revolutionary War, we Mohawks had to remove our women and children in 1777 to escape the coming US genocide. We stood in the way of their plans for the new Babylon. Dekanawida’s message will soon return while Onkwehonwe maintain the high moral ground while healing in the hilly country.

The combined oligarchy have always run military maneuvers on both sides of the imaginary line. We remind our allies, friends, supporters, the general public and the world that New York State planned to attack the Iroquois and other New York State Indigenous territories in 1995-96-97 and 98. If any resistance had been encountered, New York State Governor George Pataki would have called the military that has been on standby since our reclamation of Kanienkeh in 1975. They will take try to take over our territories and removed our sovereign governments and put in place another puppet government.

Operation Gallant Piper reads as follows:
To whom it may concern,
I have in my files a document “for official use only” {classification}
Date Time:101200R Jul 95
From: HQ STARC-NY/ARO-MS//
Subj: WARNING ORDER-division of military and navel affairs- aid to civilian authorities
MISSION. Planning and appropriate staff coordination will commence immediately in support of anticipated militant reaction from the warrior nations.

A. B.
C. TF 42d id will be prepared to support the dsp with civil disturbance operations any where within the vic. of the St. Regis Indian Reservation and possibly the Onondaga Indian Reservation.
“Gallant Piper”.
Older social-political activists from Akwesasne and Kahnawake pointed to previous incidents such as the publicized plans of former New York State Governor Mario Cuomo to invade several Iroquois reservations in the 1990s, under the “Gallant Piper” military plan, to implement state law enforcement. Only twenty years ago, the use of state National Guard units to provide manpower in that operation implied a combined arms approach to dealing with Onkwehon:we populations. Others in Akwesasne recall revelations concerning the Canadian military’s plans to occupy Akwesasne through the Operation Campus / Scorpion-Saxon programs.
Two Row Times: “International law enforcement near Akwesasne”.
1995- The Rochester Democrat and Chronicle reports that Gov. Pataki has called off Gallant Piper.

Gallant Piper was a military solution involving 10,000 infantry troops to “settle” the taxation issue with the Haudenosaunee. The timeframe indicates US and Canada were coordinating their plans to attack us.
In 2006 ATF, an agency that answers only to the oligarchy, were caught with the OPP helping to plan  the attack at Caledonia against the Six Nations. “ATF at Caledonia”.
US and Canada are always trying to extinguish the fire and the peace. They will never stop until we bury those weapons of war under the tree of peace for all time.
Neil Young reminds us in his song, “Cortez, the Killer”: “He came dancing across the water, with his galleons and guns, looking for the New World in that palace in the sun. Cortez, Cortez, what a killer!” Neil Young “Cortez, the Killer”.
MNN Mohawk Nation News kahentinetha2@yahoo.com  For more news, books, workshops, to donate and sign up for MNN newsletters, go towww.mohawknationnews.com  More stories at MNN Archives.  Address:  Box 991, Kahnawake [Quebec, Canada] J0L thahoketoteh@hotmail.com for original Mohawk music visit thahoketoteh.ws