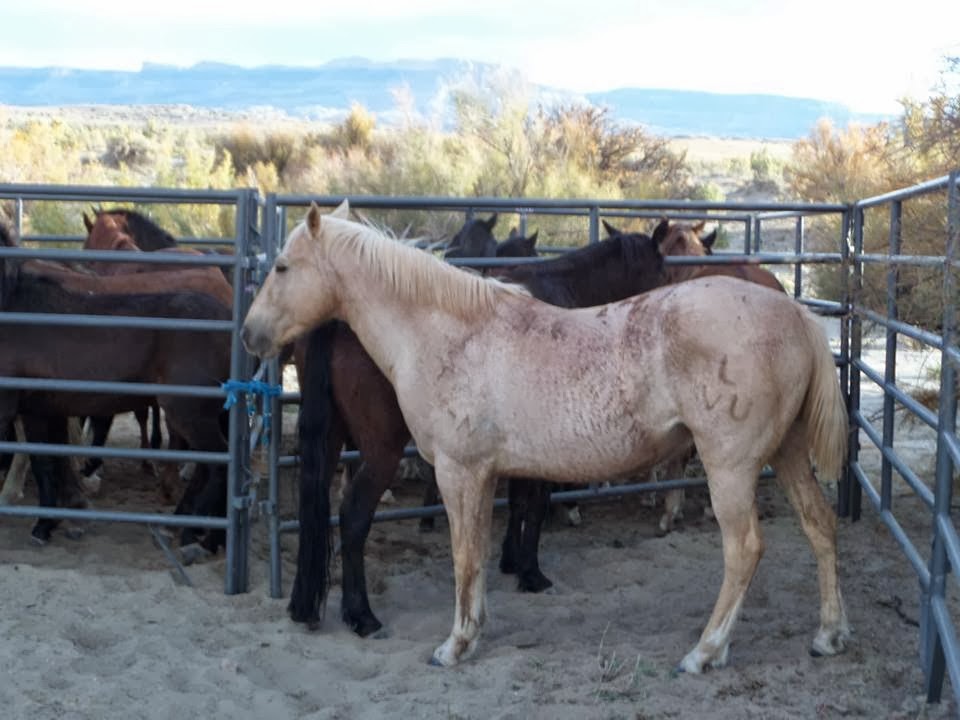 Participation of Medicine People and Elders in Navajo Horse Negotiations

The Dine' Hataalii Association and Nohooka' Dine' are comprised of Dine' (Navajo) Elders and Medicine people working to maintain harmony and balance with the natural world. Please be advised that attorney Howard Shanker is legally representing the two organizations in our effort to ensure the humane treatment of horses and to fulfill our obligation as human beings to maintain a healthy relationship with the sacred horse. Mr. Shanker has filed comments on our behalf pertaining to the MOU between Governor Richardson and the Navajo Nation. The MOU's proposed purpose is to create and implement a written comprehensive humane equine management program aimed at stopping horse slaughter and implementing humane solutions to address the Navajo Nation's horse population.
Both the Dine' Hataalii Association and Nohooka' Dine' together welcome the opportunity to meaningfully participate in the MOU between Richardson and the Navajo Nation. We understand the administrative difficulties that result when relatively large groups of people become directly involved in the drafting and negotiation of legal documents.  However, we also recognize the legal obligations that require that meaningful consultation take place when any action is proposed that will impact the cultural and traditional lives of indigenous peoples.  This consultation must include those individuals whose lives will be impacted by those decisions, and those impacted must give their free, prior and informed consent before any action is taken.

We, Elders and Medicine people, possess a wealth of cultural knowledge and understanding that is pertinent to the protection of the sacred horse, and it is our way of life that is impacted by decisions impacting the sacred horse. The miniature agronite stone horse - hadahoniye' are contained in the medicine bundles - considered as gish and sacred holdings. The medicine bundle represents our lifeline. To ensure that the traditional Dine' culture and our spiritual belief foundation is represented appropriately and properly it is necessary that those that possess this knowledge be included meaningfully in the MOU process and throughout the entire process. Our attorney, Mr. Shanker, would be allowed to represent the interests of the medicine people and elders in this process. Thank you. We respectfully request that Governor Bill Richardson, the Navajo Nation and Mr. Robert Redford welcome us to the table. Mr. Shanker is our point of contact and please communicate with him directly. His contact information is included below.

Education and Conscience Versus Institutionalized Racism