Rebeldia Zapatista: The Word of the EZLN 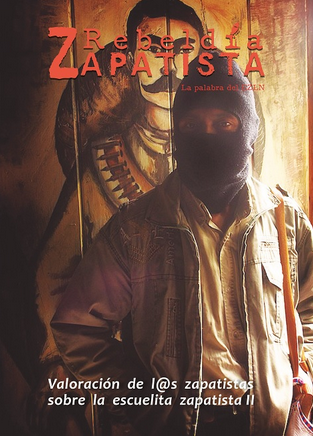 Editorial 2: Rebeldia Zapatista: The Word of the EZLN

Compañeras and compañeros of the Sixth and the Zapatista Little School:
Here we continue to recount the words of the compañeras and compañeros, families, guardians, and teachers about how they saw and evaluate their students in the Little School.
As we say here in these rebellious lands, there is no rest, one must continue to work hard.
We mention this because there is another round of work coming up, with the compañeras and compañeros of the National Indigenous Congress. So you see, it’s true, there is no rest.
Even when there is a break from these tasks, it is used to work to sustain one’s family, but also to think, study, and make plans for the struggle.
This is important because of the simple fact that the neoliberal capitalists do not take a break from thinking about how to extend their domination into infinity.
As the compañeras and compañeros say in one of the “sharings” that we have had here: in just 19 years we have thrown off the bad system of 520 years of domination, and we now hold our own freedom and democracy in our hands. And we are just a few thousand women and men who govern our own communities; imagine if we organized with the other millions of people in the countryside and the city.
As the same compañeras and compañeros say, this is thanks to the fact that we have organized ourselves and understood what dignity and resistance really mean. We no longer resign ourselves to the leftovers, handouts, or crumbs thrown to us amid deception after deception by the bad government.
As the Zapatista people say, our great great grandparents, our great grandparents, and our grandparents were never given anything to eat. On the contrary, what they produced was taken away from them and they were given a few crumbs to eat that day so that they could return to work for the boss the next day. That’s how they went through life: exploited by the boss and the bad government. Why would we think that the bad government is different now, that it is good, when it is made up of the grandchildren and great grandchildren of those same exploiters, and who are the worst sell-outs of our time?
That is why the new bosses are foreigners, that is, if we let them be—if we the poor men and women of the countryside and the city resign ourselves to this.
It is time for the poor of the countryside and the city to organize ourselves—time for the peoples of the countryside and the city to take their destiny into their own hands. That is, it is time for the people to govern themselves instead of being governed by a few individuals up there who are just trying to get rich. It is easy to see and easy to confirm in practice that this is the only reason they are there.
That is why the compañeras and compañeros of the Zapatista bases of support organized themselves and dreamed and worked together to determine their own destinies, and this destiny is now visible. Their manner of governing themselves as peoples and communities is totally different; they rule as a people and their representatives obey, that is, their government obeys. This is true change, not just a change of colors or logos.
Who says this can’t be done, compañeras and compañeros of the Little School? It can be done, because it is the people themselves deciding, in organized fashion, what they want in all aspects of their lives.
Why are we afraid to let the people themselves decide how they want a new life to be? How can we not fear the great atrocity committed by the three levels of bad government in deciding our future against the good of our peoples? This is where the compañeras and compañeros of the EZLN say that the people must have the power of decision over their own lives, because they make decisions for the good of the people and not to benefit their own vices. And if they make a mistake, well then they correct it. But the three levels of bad government have no ears to hear or eyes to see, they refuse to acknowledge any error within their world of domination and deceit. Let’s leave that world, leave them alone to see if they can survive, stop allowing ourselves to be exploited, and a whole string of etcetera’s.
The compañeras and compañeros of the Zapatista communities have provided an example.
That is why we are continuing to share here the words of the compañeras and compañeros bases of support of the EZLN.
And this will continue and keep going.
Subcomandante Insurgente Moisés.
Mexico, April 2014. Twentieth year of the war against oblivion. 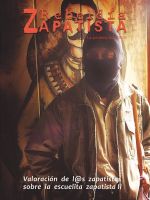 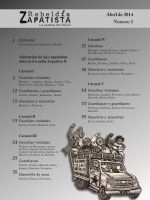 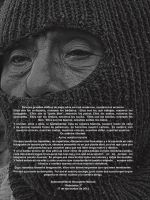 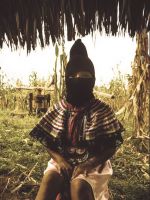