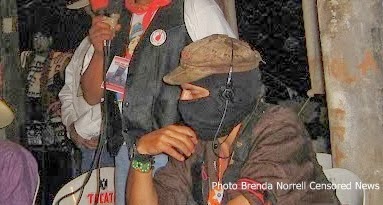 FRAGMENTS OF LA REALIDAD I.

May 2014.
The wee hours of the morning…it must be like 2 or 3 o’clock, who knows. It sounds like silence here in reality [La Realidad]. Did I say “it sounds like silence?” Well it does, because the silence here has its own sound, like the chirping of crickets; some sounds up front, stronger and dissonant; and others always constant, below. There is no light nearby. And now the rain is adding its own silence. The rainy season has arrived here already, but it is not yet heavy enough to wound the earth. Just enough to scratch it a little, a constant pitter-patter. A little scratch here, barely a puddle over there. As if to give a warning. But the sun, the heat,[i] hardens the earth quickly. It is not time for mud; not yet. It is the time of shadow. True, it’s always the time of shadow. It goes anywhere and everywhere, without regard for time. Even where the sun is the most ferocious, the shadow can still be found, clinging to walls, trees, rocks, people. As if the light gave it even more strength. Ah, but night…in the earliest hours of the morning, this is truly the time of [the] shadow. Just as during the day it brings you relief, in the tiny hours of the morning it awakens you as if to say, “and what about you? Where are you?” And you stammer in your slumber, until you can answer clearly—answer to yourself—“in reality.”

Solidarity in France with Censored News

With special thanks for solidarity with Censored News in France from Vinz Haymarket, and Chris and Theo!


Klee Benally à la Zad, 'One Brutal Violent Machine' et 'A Matter of Action' from Christine Prat on Vimeo.
at May 16, 2014 No comments: 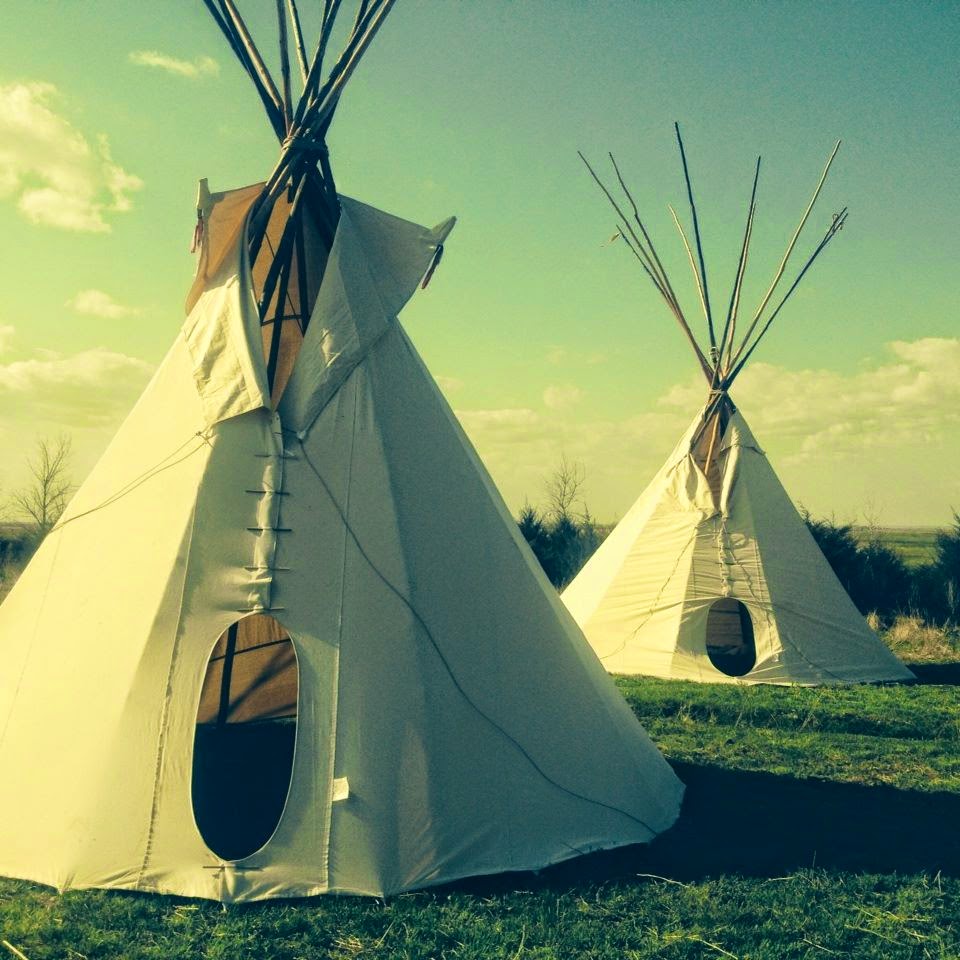 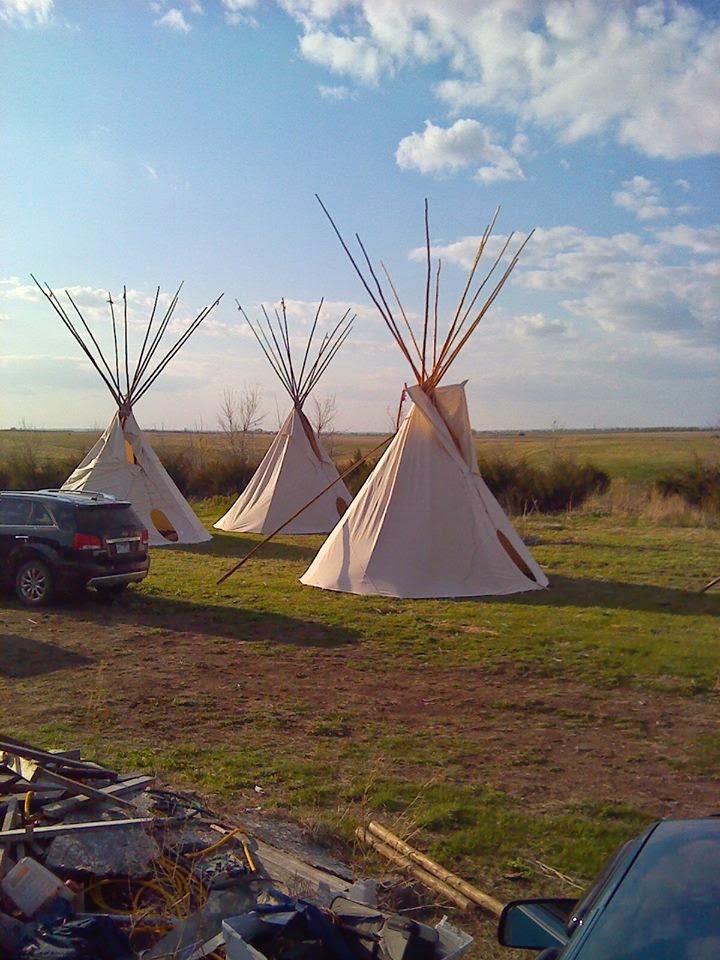 Hihansun wakpa oyate camp! First tipi is up for the encampment! Thank you to Paula Antoine for sharing the photos from today in South Dakota with Censored News! This spiritual camp is the most recent camp for protection from the threat of the Keystone XL tarsands pipeline. Hihansun Wakpa Oyate or contemporary kul wicasa is also known as Lower Brule. The spiritual camp is on BIA road 17, five miles south of Lower Brule.
at May 16, 2014 1 comment: 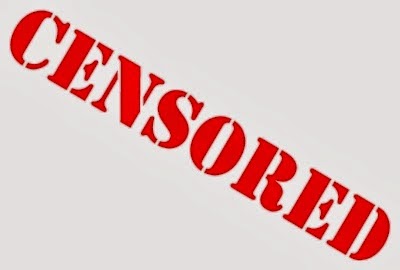 ASSASSINATION OF LAND DEFENDERS -- Nearly 1,000 Indigenous Peoples have been assassinated defending their land, water and air. Mining and development companies in Canada and the US are primarily responsible. The threat to the Ogallala aquifer by the Keystone XL tarsands pipeline in the Plains is among the current threats in the US to future generations. The recent murder of a Zapatista teacher in La Realidad in Chiapas comes just weeks before invited community Indigenous leaders from throughout Mexico are to consult with Zapatistas. Regardless of the reports to the United Nations on life and death situations in Indian country, the UN mandates fail to have widespread or lasting impact for change. The national media in Indian country in the US, because it is not present where the news is happening, fails the people.

SPYING ON PEACEMAKERS and ANTI-WAR ACTIVISTS -- The US targets peacemakers and those who speak out against war with spy operations and infiltrators. The most recent revelations show that Martin Luther King, Jr., was among those targeted for speaking out against war. In Indian country, Buffy Sainte Marie was put out of the music business by President Lyndon Johnson because of her anti-war stance and song 'Universal Soldier.' When Louise Benally, Dine' of Big Mountain, compared the Iraq war to the genocidal forced Long Walk of Navajos, Louise's comments were censored by Indian Country Today. Indian Country Today also censored for seven years Buffy Sainte Marie's interview about being censored out of the music business. Today, in its promotion and glorification of war, Indian country media censors the fact that suicide is the leading cause of death in the US military. The media fails to investigate and expose the bogus wars created by politicians and corporate war profiteers.

OWNER OF INDIANZ.COM WEBSITE GETS HUGE US SPYING CONTRACT -- Ho Chunk Inc., has received a US contract for domestic and international spying. Ho-Chunk Inc., is owned by the Winnebago Tribe of Nebraska. Recently, the Ho-Chunk Inc. received an $80 million security contract for domestic and international security, with an office at the Pentagon. http://siouxcityjournal.com/news/local/state-department-awards-ho-chunk-division-million-contract/article_20a58d37-5aae-52c3-8043-b492a1878e64.html

ISRAELI APARTHEID SPY CONTRACTOR RECEIVES US BORDER CONTRACT, INCLUDES TOHONO O'ODHAM LAND -- The US granted the new $145 million US border contract, not to a US corporation, but to Israel's Apartheid defense contractor Elbit Systems, responsible for security surrounding Palestine. Elbit now has the contract to construct more of the US spy towers on Tohono O'odham land that are pointed at traditional O'odham homes. The militarization of the Tohono O'odham Nation continues by the US Border Patrol, as Border Patrol agents continue their abuse of O'odham and other Indigenous Peoples without being held responsible. The Tohono O'odham government and police stalk, harass and abuse O'odham human rights activists who speak out. Meanwhile, the Tohono O'odham's lucrative Desert Diamond Casino continues to funnel revenues to non-Indians -- including management firms, attorneys, lobbyists and non-Indian charities -- while O'odham live in desperation. http://bsnorrell.blogspot.com/2014/03/apartheid-israeli-company-receives-us.html A second profiteer of misery operating at the Arizona border is G4S, which has the migrant detention transportation contract. Bill Gates is a top investor in this global prison profiteer. G4S prisons are responsible for numerous tortures and deaths of inmates in Palestine and elsewhere. Bill Gates was recently the target of protests by Native Americans in Washington state. Native Americans protested Gates investments in G4S and GEO. GEO is a second prison profiteer that Bill Gates invests in. http://bsnorrell.blogspot.com/2014/04/seattle-natives-protest-and-support.html

PEABODY COAL in TOP TEN LIST of POLLUTERS POISONING THE PLANET -- The Navajo Nation government continues to allow Peabody Coal to poison Dine' on Black Mesa. The coal ripped from Black Mesa fuels the dirty coal power plant Navajo Generating Station on the Navajo Nation, which primarily provides power for the cities of Phoenix and Tucson while Navajos and more Southwest residents suffer. The local and national media censor the facts about the global impacts of Peabody Coal, succumbing to advertisers, politicians and news editors. AP and other corporate media promote the dirty coal industry without regard for Navajos. The Navajo Nation government continues to employ a non-Indian water rights attorney who continues to attempt to give away Navajo water rights, even though the Navajo Nation has had a Navajo Employment Preference Law for decades. http://bsnorrell.blogspot.com/2014/05/peabody-coal-in-top-10-global-polluter.html

NATIONAL INDIAN COUNTRY MEDIA COLLAPSES INTO PLAGIARISM AND FRAUD -- The national Indian country media has collapsed into plagiarism, rewrites and stolen photos by armchair reporters who never leave their homes. Phone call interviews are used to deceive readers into believing that the reporters are actually present and covering the news. Non-Indians continue to be employed by Indian country media as armchair profiteers, while real reporters -- qualified Native Americans -- are unemployed. Because of the Internet, the frauds in national Indian country media have remained undetected for years. In news selection, distractions are generally the focus, including academic research and personal opinion, rather than life and death issues in Indian country which include coal mining, uranium mining, the generational trauma from genocidal boarding schools and murdered and missing women in Canada and elsewhere. Both the print and radio news have failed to expose the life and death issues with serious reporting. The current widespread destruction from the oil, gas and fracking industries in Indian country, especially in North Dakota, is largely due to the failure of the media to investigate the contracts, lobbyists, crime, man camps, and backdoor deals locally and in Washington DC that make destruction of Indian country possible. Press releases by politicians and corporations are rewritten for paychecks by reporters, regardless of the facts. Internationally, reporters continue to be assassinated and tortured for reporting the truth, while the state of Indian country reporting in the US decays into plagiarism, Internet rewrites, distractions and fraud. Photos are stolen and published without permission.

Plagiarism is the theft of someone else's hard work. Ask Indian Country Today reporters purporting to cover the news: "Were you present?" Armchair plagiarizers -- who rewrite the Internet and never leave their homes -- steal jobs from real reporters. These days many reporters and activists are not being paid. However, armchair plagiarizers are rewriting their work for their own paycheck and deceiving you, the readers.

Brenda Norrell has been a reporter in Indian country for 32 years. During the 18 years that she lived on the Navajo Nation, she was a reporter for Navajo Times and correspondent for AP and USA Today. After serving as a longtime staff reporter for Indian Country Today, she was repeatedly censored, then terminated, in 2006. As a result, she created Censored News, now in its 8th year with 3.2 million pageviews and no advertising.

Mohawk Nation News
Please post and distribute.
MNN. May 16, 2014. The murders of thousands of Indigenous women and girls is part of the continuing genocide and a strategy to control us, the survivors. Girls as young as 10 years old are being snatched and coerced into prostitution, sex slavery and then murdered. The occupying forces kidnap, rape, traffic and kill them. Canada refusing to investigate these crimes constitutes genocide and an act of war.
Read more »
at May 16, 2014 No comments: