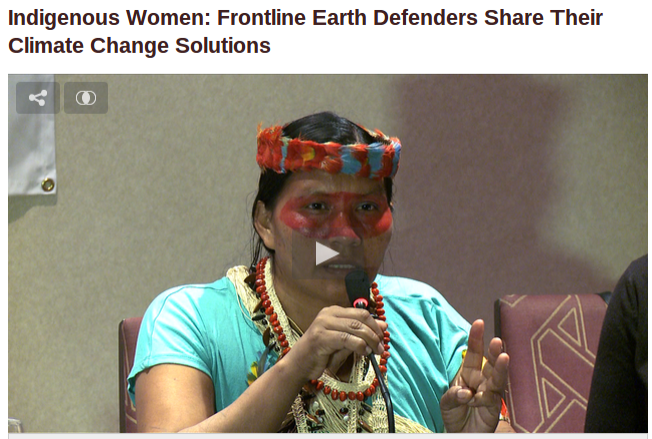 Today is “Gender Day” at the U.N. Climate Change Conference, a day that acknowledges the disproportionate impact of climate change on women, who make up 70 percent of the world’s poor. We hear from a panel of indigenous women from around the world who met off-site Monday to share their solutions to climate change. The event, hosted by the Women’s Earth and Climate Action Network, featured indigenous women leaders on the front lines of defending the Earth from exploitation by fossil fuel companies. Speakers included Patricia Gualinga, a Kichwa leader from Sarayaku, Ecuador, and her niece, Nina Gualinga. In 2012, the Sarayaku community won a case at the Inter-American Court of Human Rights against the Ecuadorean government after a foreign oil company was permitted to encroach on their land.

Please check back later for full transcript.
at December 09, 2014 No comments: 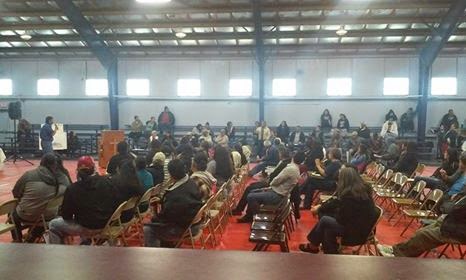 Article by Brenda Norrell
Photos by Ray Bones Lowery
Censored News
PYRAMID LAKE, Nevada -- Pyramid Lake Paiutes continued to fight for their water rights to Pyramid Lake, one of many Indian Nations battling corruption and new legislation in the US Congress to steal Native water rights.
"A little over 150 natives show up at the meeting. Thanks to all concerned people and the one's who commented," said Ray Bones Lowery about the meeting on Dec. 6, 2014.

Watch the video from AIM West Conference Nov. 2014 and hear Raquel Arthur, Paiute, describe the corruption and threat to Paiute water rights. Live coverage was by Earthcycles and Censored News:
http://bsnorrell.blogspot.com/2014/11/nez-perce-and-paiute-water-rights-and.html
(Check back for updates.)
at December 09, 2014 No comments: