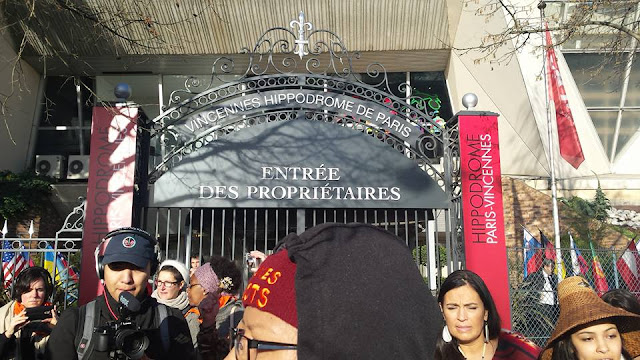 Kandi Mossett: "I hope they could hear us inside this detention center where migrants and refugees are being wrongfully detained."
. 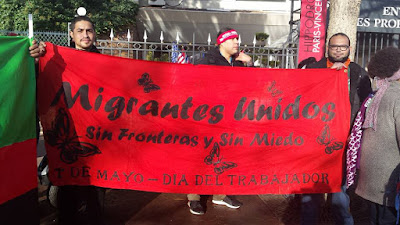 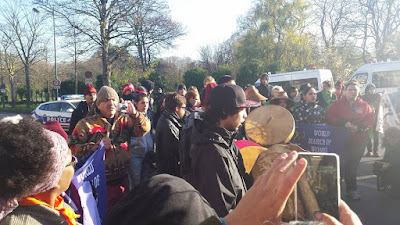 Kandi Mossett, "The Lummi Youth Crew had a powerful presence that was just amazing,
so proud to have them on our Indigenous Environmental Network team! "
. 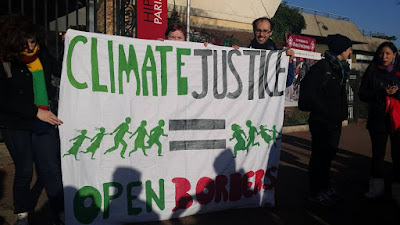 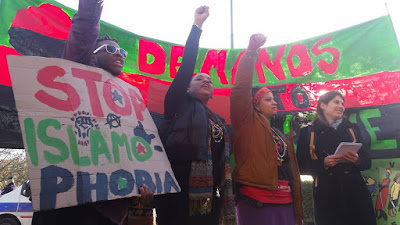 Kandi Mossett: "I actually had a police man ask where I was from and if I was Indian to which I said no
I'm native to North America and then he said, 'Welcome to Paris.' They allowed us to go on with
our action without any interruption. I have it on video too."

There were so many things amazing about today, I'm still processing it all and can't turn off my brain. This morning started with a Frontline Solidarity action with Refugees and Migrant Communities in Paris to speak out against xenophobia, racism and the criminalization of migration. It was powerful and so good to get outside the city. From there we went directly to an anti-fracking action outside the COP21 where we denounced false solutions and called out California Governor Jerry Brown that ended with a round dance and singing of the women's warrior song. After that it was on to the opening day of the Embassy of Indigenous Peoples followed by a late night strategy session around D12. Still so much more to come so stay tuned!‪#‎DefendProtectRenew‬ ‪#‎IndigneousRising‬ ‪#‎ItTakesRoots‬ ‪#‎COP21‬
......................................

By La Via Campesina

(Paris, December 9, 2015) Nearly 200 grassroots activists converged and marched, chanted, and sang with colorful banners, posters and outside the Vincennes detention center in Paris where several immigrants are illegally detained by the French government.
The Vincennes detention center where grassroots communities  gathered is of particular significance, as it was the site of an historic uprising after the death of a Tunisian man while in custody in 2008. This uprising brought national attention to the inhumane treatment of migrants and refugees in detention in Paris. 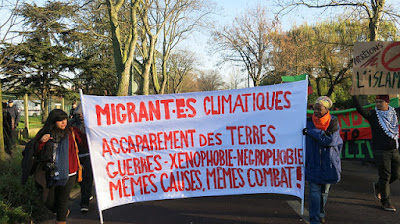 It Takes Roots delegates organized and participated in this march in solidarity with thousands of impacted refugees and migrants, detained by the French government. Local community leaders, members of la Via Campesina and activists working at the intersections of migrant and refugee rights joined our delegation.
This action was in deep solidarity with refugees fleeing situations of grave conflict, and made vital connections between migrant rights, Indigenous rights, gender equality, and climate change.
Key spokespeople at the march highlighted how social and environmental justice are deeply linked, and the largely US delegation expressed their solidarity with migrant rights, especially activists working with immigrant communities along the US-Mexico border, and Indigenous activists, who highlighted how colonialism is not really dead, but alive in new and dangerous ways.
Watch a video highlight of this action!
More photos of the action here.
Press release from It Takes Roots
More information here.