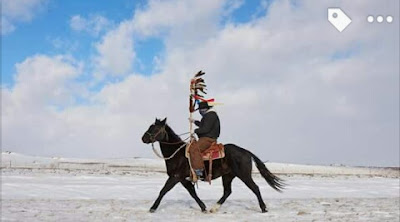 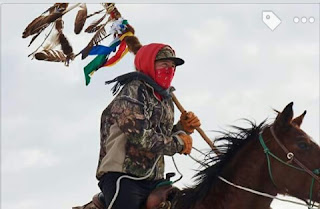 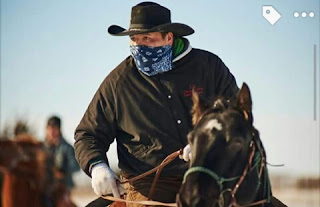 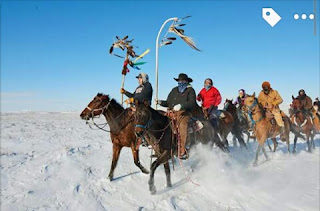 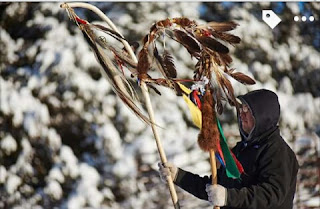 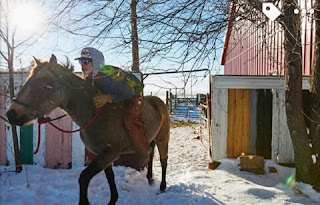 Day 3 Thank you Ken Marchionno and the Future Generations Riders.
The Oomaka Tokatakiya is a nearly 300-mile memorial horseback ride across South Dakota in the United States.  The ride starts on December 15th, at the site where the Lakota Indian Chief Sitting Bull was killed, and traces the trail taken by some of his tribe to join Chief Big Foot. It goes on to follow Big Foot's effort to reach Chief Red Cloud in Pine Ridge.  And ends on the December 29th at the site where the Wounded Knee Massacre took hundreds of truly innocent lives in 1890.
One hundred years after the massacre, the Lakota performed a Wiping of the Tears Ceremony to signal the end of mourning. And in 1990, after tracing the trail for four years, the ride was meant to end. Read more http://300-miles.org/OT/index.html 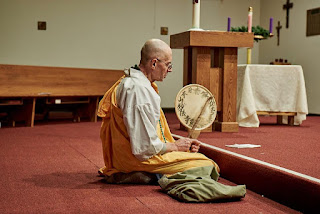 The New England Peace Walkers joined us tonight in Eagle Butte. Brother
Towbee lead a chant in the chapel at the Episcopal church where we're staying.