Zapatistas 'The Arts, the Sciences, the Originary Peoples and the Basements of the World' 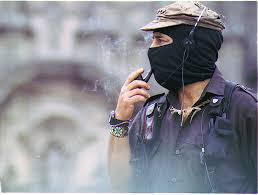 The Arts, the Sciences, the Originary Peoples and the Basements of the World

Perhaps we are prone to exclude the Joker, "literature" - which originally referred to "book learning" - because its ascendancy and ultimate elitist role parallels the social evolution - false evolution? - of domination and class as confirmed by colonial and industrial culture over the last 500 years. Much as centuries ago, "scientia" still retained its ancient meaning of "knowledge" in general as obtained over time through observation and - more often than not - personal and communal experience, and did not first assume as it does today systematic disciplines designed for obtaining greater power over the creation. That said, let us not disavow all good use of literature or books, but instead remember that theater, song and poetry, stories, rhetoric, and oral traditions, are time-honored forms that can and should enhance the arts and sciences as well as a healthy life for the people.

In the spirit of ongoing analysis and ever evolving understanding, the last phrase of the above commentary should be amended to read: ... a healthy life for the people and for place. Thank you.