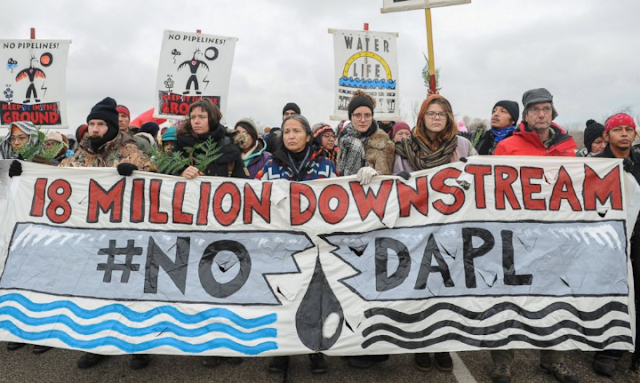 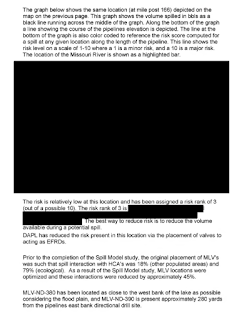 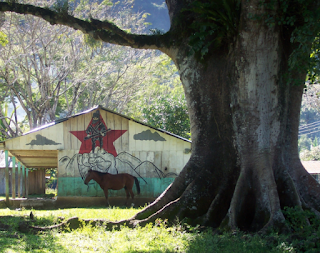 Lessons on Geography and Globalized Calendars

“Nothing has changed,” so they say.

“In Chiapas, the indigenous are doing the same or worse as before the Zapatista uprising,” the for-profit media repeat every time their foreman tells them to.

Twenty-three years ago, “humanitarian aid” arrived from all over the world. We Zapatista indigenous people understood then that what we were receiving was not charity, but rather support for resistance and rebellion. And instead of consuming it all ourselves or selling it, as the partidistas do, we used that support to build schools, hospitals, and projects for self-organization. Little by little and not without problems, difficulties, and errors, we built the material basis for our freedom. 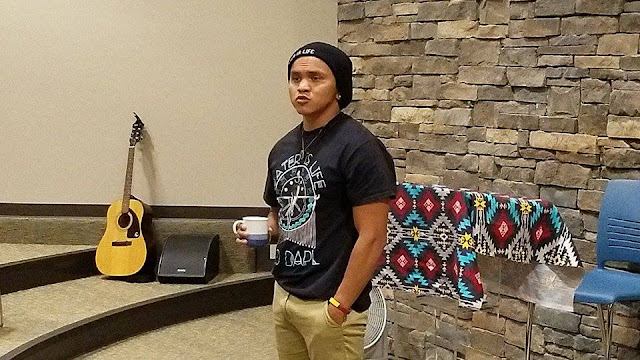 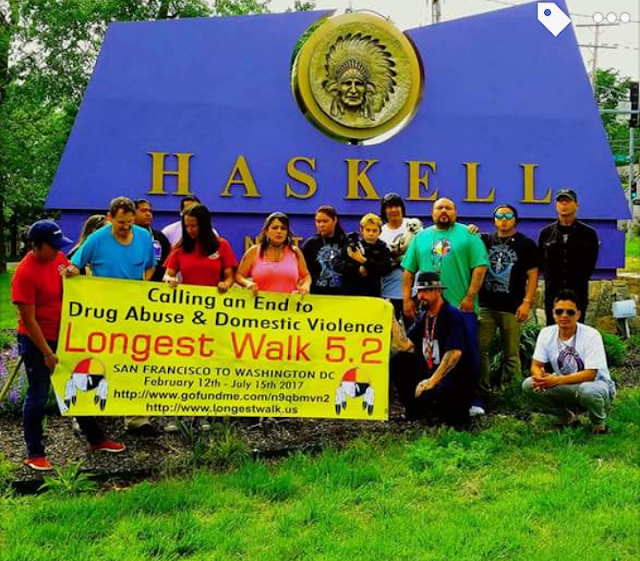 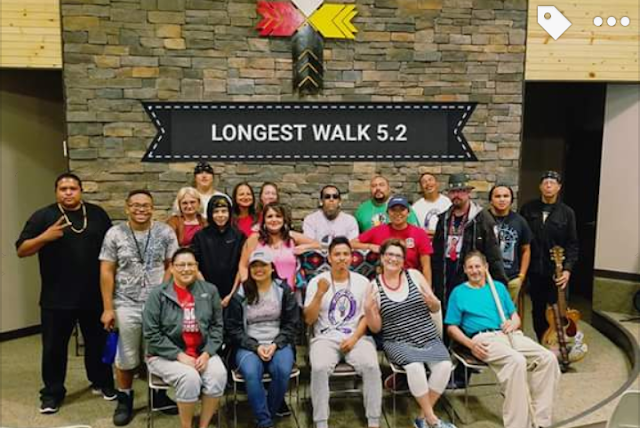 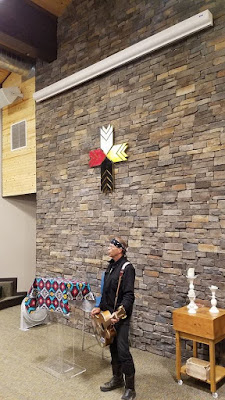 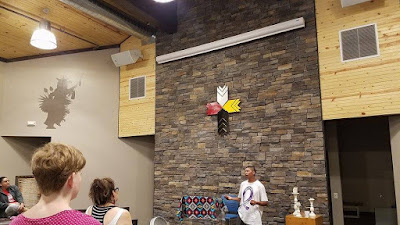 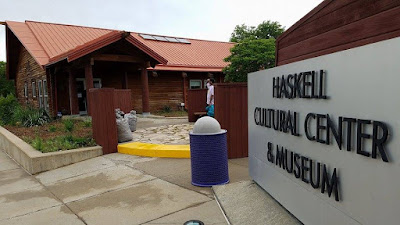 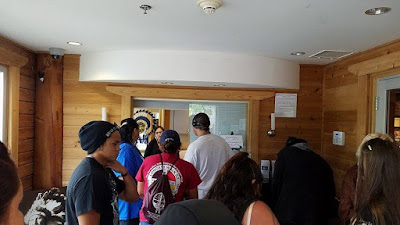 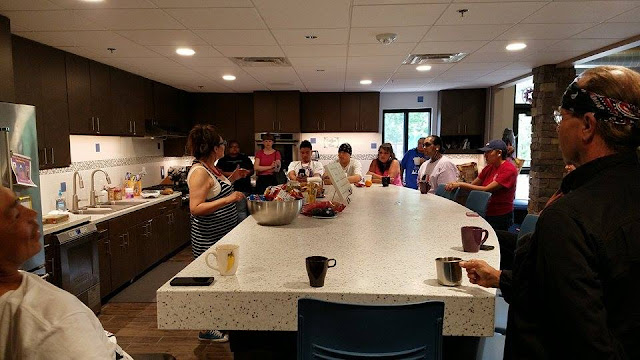 
This is the second part of the Arizona Water Grab series, following Arizona Water Grab Part One: Water Rights and Water Markets. This is also accompanied by two supplemental pages for more information on the Walton Family Foundation and GRIC in the interest of keeping this article shorter than it would’ve been.
Water conservation deserves much more skepticism than you might think, especially when the heirs to the Walmart fortune are involved.
Recently, a few related water agreements have been made with the Gila River Indian Community (GRIC) to address the water level at Lake Mead and the state of Arizona’s continued access to Colorado River water. Of the more troubling facts is that one of the agreements involves the Walton Family Foundation, run by billionaire Walmart owners and family.
Read the article:
https://desertwatergrab.wordpress.com

Please post & distribute.
MNN. May 8, 2017. There may be few of us, but we are the majority of the true natural people of this land. The immigrants who came here centuries ago designed our anguish. They come to help themselves to our land, resources, possessions and to make some money. Never to help us.

THE POOR, STARVING, UNWANTED ARRIVED HERE.
Their artists write poems, songs, make films and write books about us to make money, to get awards and to promote the big lie. They convince the world our land is theirs and we no longer exist. Even calling us INDIANS after people in another land is vulgar.

THE ARTSY CROWD & MSM SPREADS THE FAKE HISTORY.
Shit Mayor Coderre of Montreal dumped so much shit into our river [St. Lawrence] that a back flow was created. The putrid smell of brown waste is drowning Pierrefonds, Oka, St. Anne de Bellevue, Rigaud and elsewhere.

Those experiencing the great flood never talk about the genocide and desecration of our land. They cry about losing what they stole from us.

REAL ESTATE TAKING BIG DIVE IN PIERREFONDS, RIGAUD, GATINEAU, CANADA.
We remind our children about what our people went through for us to be here. Our languages hold all the answers and original instructions for our survival.
The corporate rulers have an old script they are acting out, who speak ‘legalese’. Patois English is a man-made language designed for the slaves to limit their thinking, make them servile and obedient. Their system makes everybody suffer, while they live on top of the graves of our ancestors.

President Trump made a new executive order. No abortion and no birth control, to be co-administered by the churches. Trump shows who his boss is, the emperor of the Western Roman Empire [Vatican], the Pope. The Church fears the dwindling Catholic population worldwide.
Canadians always ride on the coattails of the US. Canada’s corporate charter registered by the Vatican in the US was enacted in 1867 and celebrated on July 1. The US no longer has a republican constitution, becoming a corporate crown colony in 1871, though they still call themselves a country. They celebrate their incorporation on July 4.

“HEY, I’M A BUSINESS MAN.”
We tried to teach them about democracy and the consensual decision making process. They still don’t get it.
When 10% of the people wake up, like sheep the rest will wake up to the truth of the new world order agenda.
The elite fear the apocalypse. The great revealing is happening right now.
The law of karma is universal. An action begets a reaction. They will receive the karma they deserve.

We have good karma because we dealt with life through the kaia-nere-kowa, the great peace. It goes against the man-made ego that is conditioned in their minds. We did not allow those artificial mental states to exist in our communities.

STOP THE CORPORATE “BUZZ”!
The settlers did most of the mass murders to steal our land, just like they are doing in Palestine. Every Israeli has to serve in a death squad or leave. The biggest high for these psychopaths is deciding who lives and who dies.
The Culture Club knows a little about karma: “Karma, karma, karma, karma, karma chameleon”.
https://www.youtube.com/watch?v=JmcA9LIIXWw
Mohawk Nation News kahentinetha2@yahoo.com for more news, to donate and sign up for MNN newsletters, go to mohawknationnews.com More stories at MNN Archives.  Address: Box 991, Kahnawake [Quebec, Canada] J0L 1B0 or original Mohawk music visit https://soundcloud.com/thahoketoteh

SLIPPING INTO THE TWILIGHT ZONE

Please post & distribute.
MNN. May 7, 2017. Addiction to evil has to be continually fed. Greed and lusting for power desperately drives the Corporation of the USA to war. STEP into the “Twilight Zone” https://www.youtube.com/watch?v=NzlG28B-R8Y
They want to commit Hiroshima and Nagasaki Part II. If they can’t, they will destroy the world to get their next fix.

Desperation leads to insane depraved acts to get the next “buzz”. US and other colonial nations are addicted nations hiding behind continual lies and fabrications. President Trump informed China if they came for the $4 trillion debt, he would bomb them.
We onkwe-hon-weh, true natural people, see and know what was done to us. We were the first victims of full-scale American exceptionalism. We object to the corporation conducting war against humanity, from our land with our resources.

ONKWE-HON-WEH REPO MAN.
The FBI and CSIS’ job is to conduct constant surveillance on us. They disrupt, misdirect, discredit or otherwise try to neutralize us. Some of our people are informants who help the corporation carry out the ongoing genocide.
The Secret Covenant states: “When a light shines amongst them, we shall extinguish it either by ridicule or death, whichever suits us best”. They don’t want martyrs, except those created by them!

WAR ROOM CREW KEEPING TRACK OF US.
They fear those who unify and inform the people. The military enters our bios into the computers in the “war room” at Indian Affairs on the 14th floor.
All groups are infiltrated. US and Canadian policy is vigorous corporate law enforcement, not justice. As the Black Panthers said, “You can jail a revolutionary but not a revolution”. Whites uniting with us is a great concern. When that happens the corporation is done.
A messiah will not arise because the pyramid power structure doesn’t work with us. it is not natural. We cannot stand outside of the circle, which is the greatest fear of the pyramid.
FBI and CSIS drive wedges between us try to create a culture of paranoia. We openly point at the corpo band and tribal councils as the enemy. Money blinds them to our true natural alliance with creation.
Colonial slavery is when people think they are free. They comply with corruption as long as they are benefitting.
The corporation does not want peace, only to divide and conquer. Chaos is created to keep getting their “buzz”. They don’t want to recover. The future is rehab or OD. They either go to rehab or die from their sickness.

Disaster will befall them. Planning to demolish North Korea, Russia, and other non-central bank countries is part of their high. It is the banker’s dangerous evil game. The US is waiting to be stopped. We never capitulated to them.
Golden Earring sings: “Help, I’m stepping into the twilight zone. Place is a madhouse, feels like being cold. My beacon’s been moved under moon and star. Where am I to go now that I’ve gone too far? Oh, oh, oh. So you will come to know when the bullet hits the bone.”
Mohawk Nation News kahentinetha2@yahoo.com for more news, to donate and sign up for MNN newsletters, go to mohawknationnews.com More stories at MNN Archives.  Address: Box 991, Kahnawake [Quebec, Canada] J0L 1B0 or original Mohawk music visit https://soundcloud.com/thahoketoteh
https://www.youtube.com/watch?v=7sArXw6ajNg strawman nature of the cage
http://www.independent.co.uk/news/business/news/mark-carney-stay-leave-bank-of-england-defy-critics-brexit-latest-a7388526.html#gallery CARNEY OF BANK OF ENGLAND
http://thefreethoughtproject.com/shock-report-americans-killed-police-911-soldiers-killed-war/
http://www.paulcraigroberts.org/2017/05/05/sauron-rules-washington/ sauron rules in Washington dc
https://www.quora.com/Why-is-Sauron-considered-evil
at May 10, 2017 No comments: