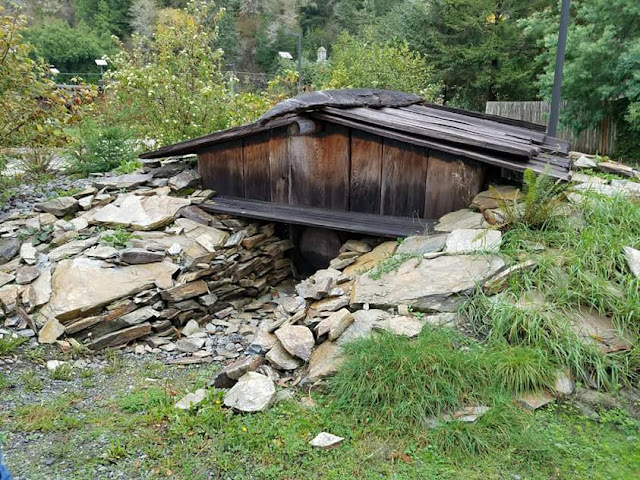 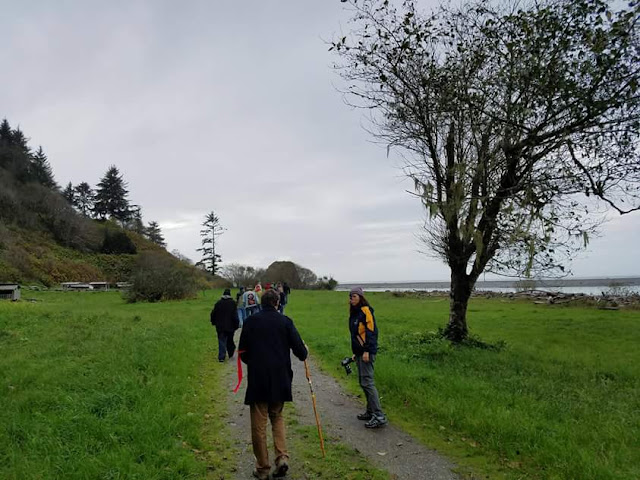 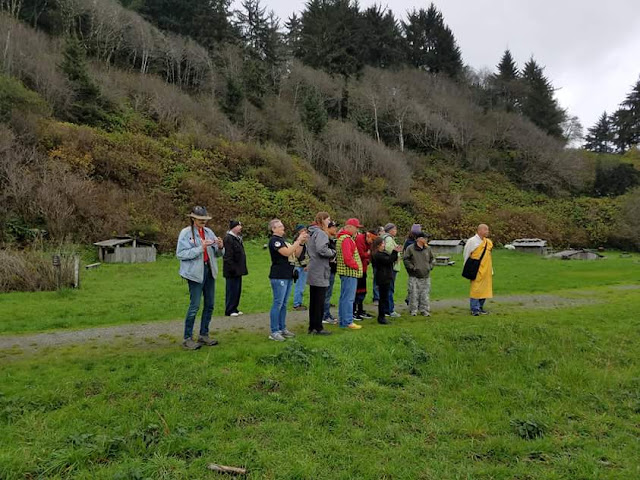 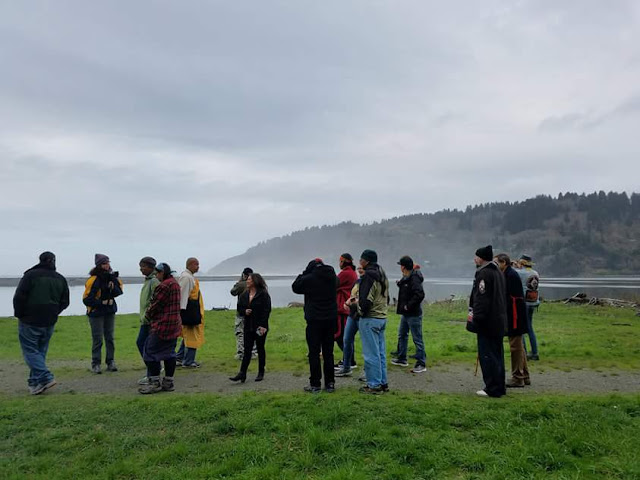 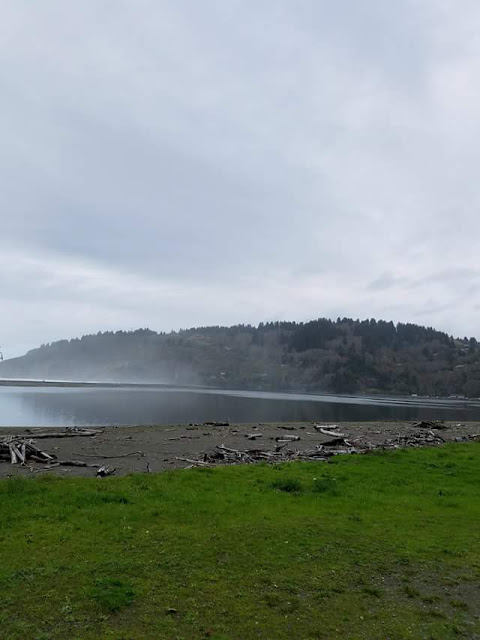 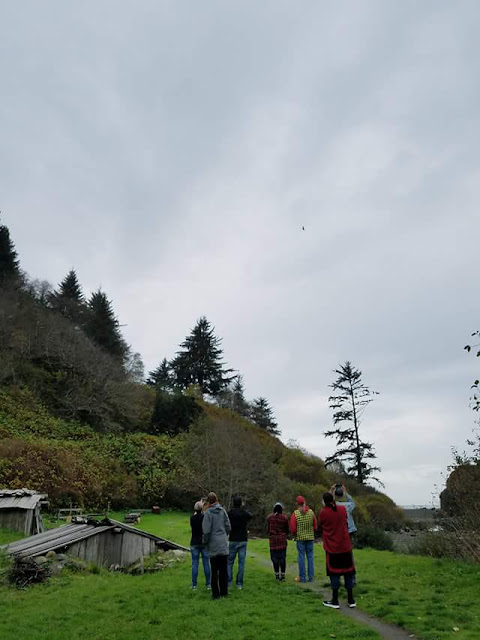 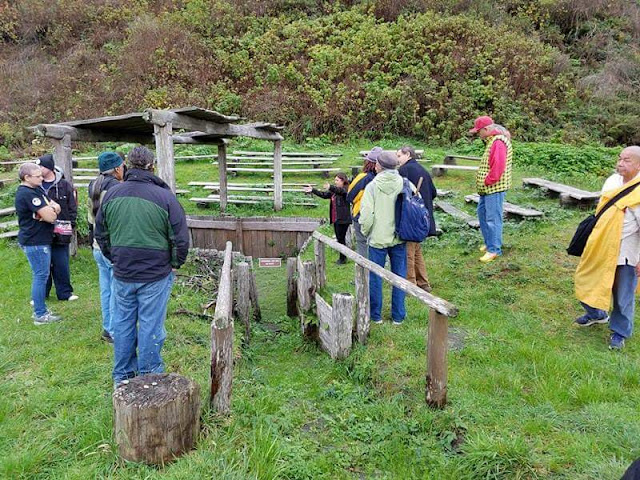 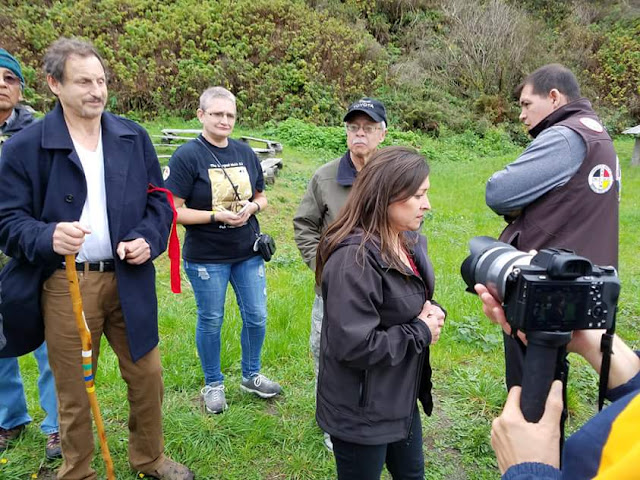 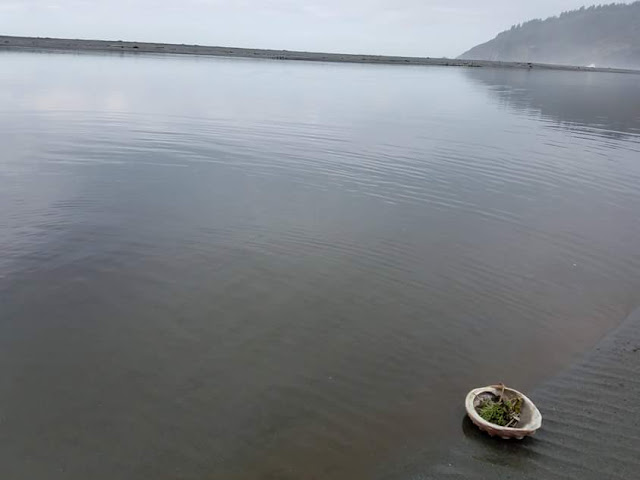 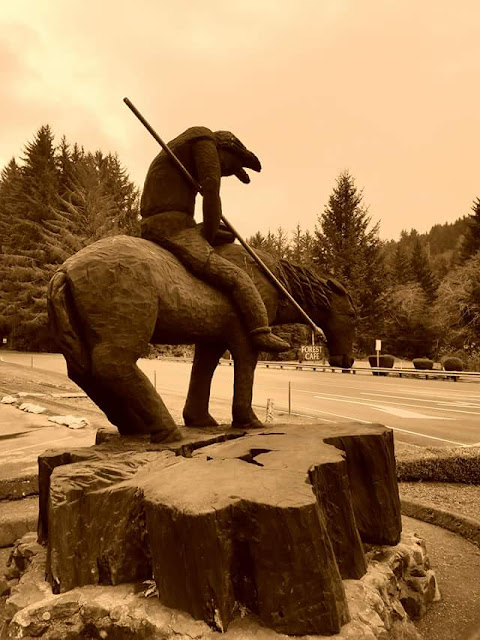 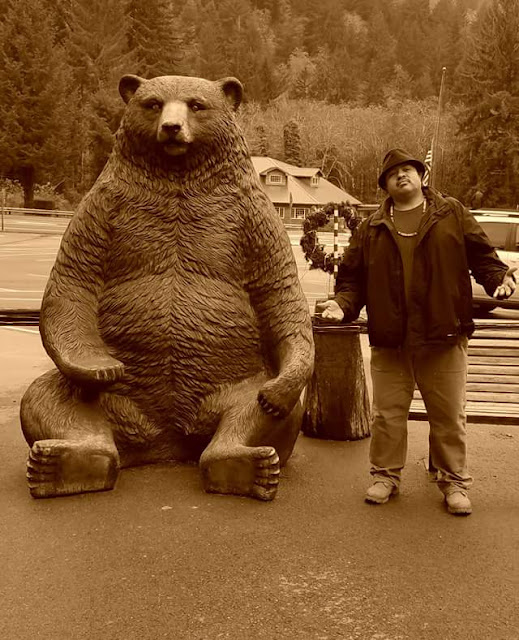 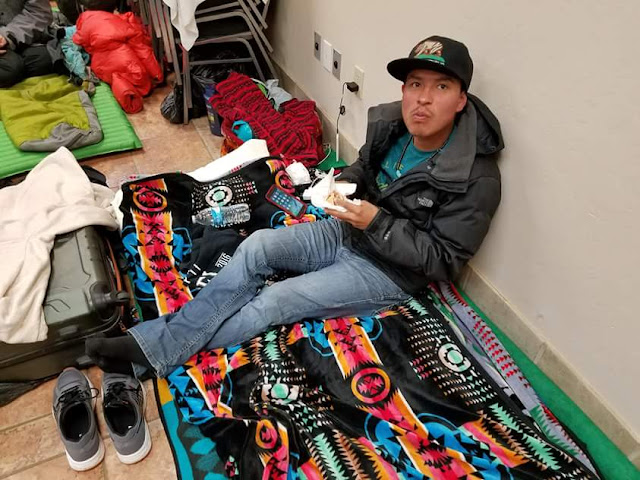 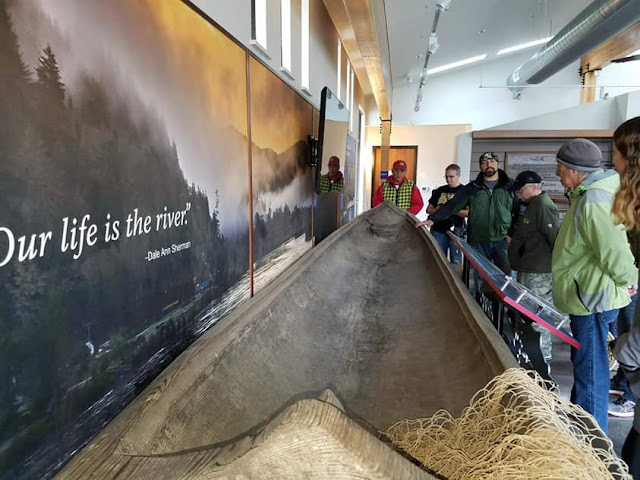 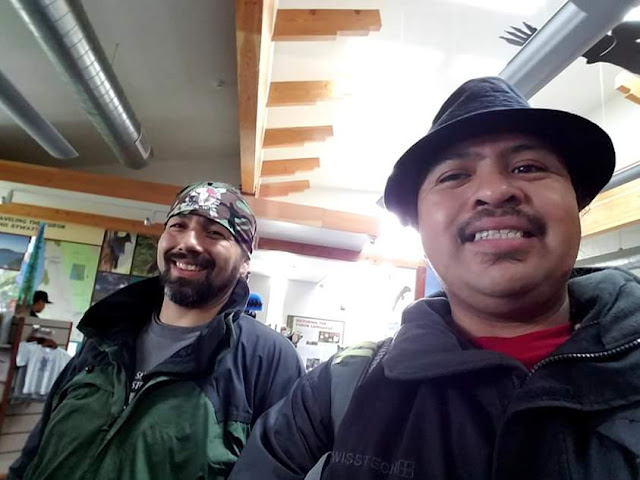 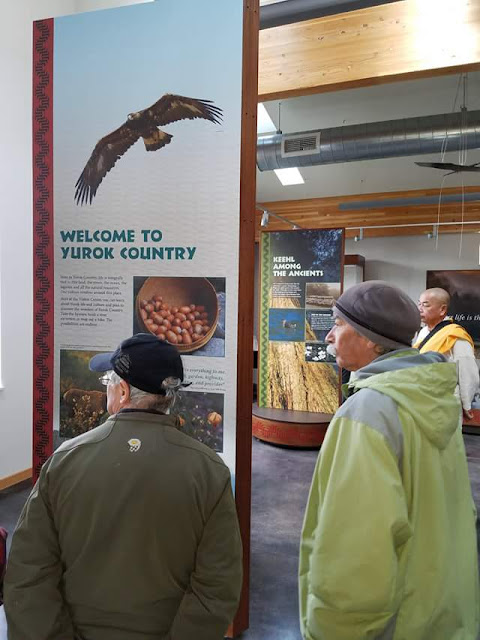 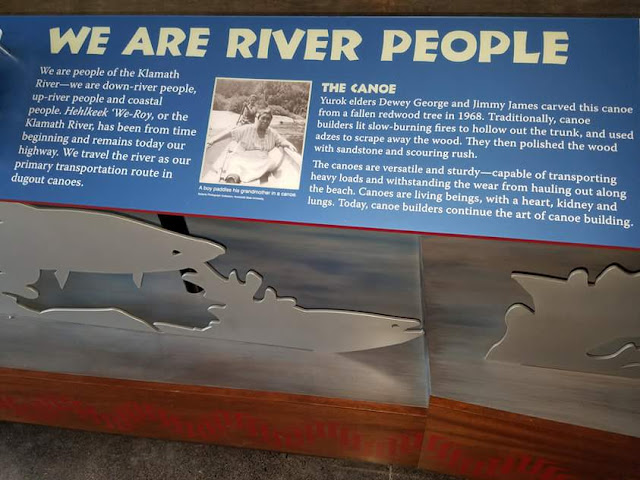 'Keep it in the Ground!' and 'No Nukes!' message as White House pushes dirty energy COP23 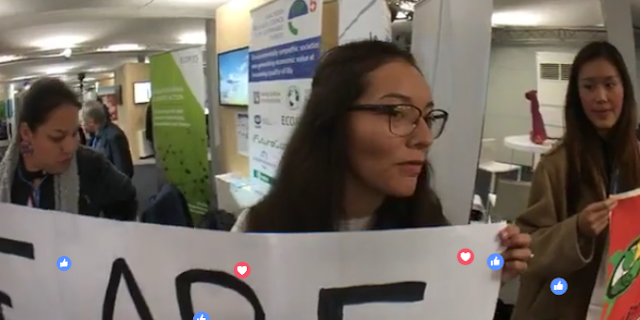 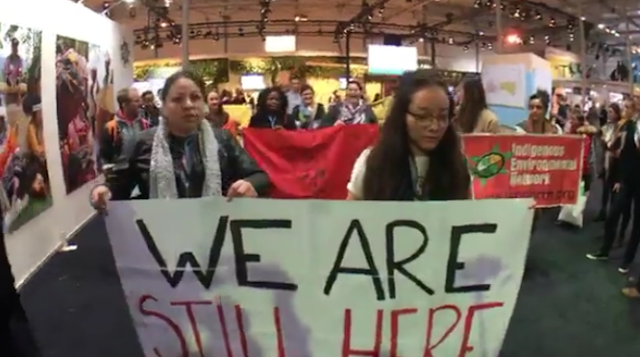 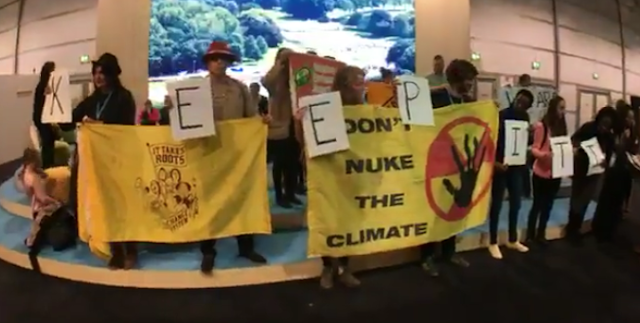 .
(Above) Screenshots, watch live coverage at Indigenous Rising on Facebook 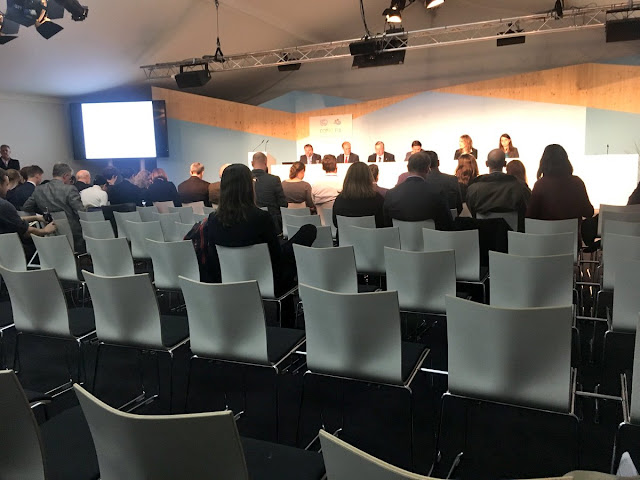 (Below) Now at UN Climate Summit at White House promotion of dirty energy: Washington State Gov. Jay Inslee said, "Trump cannot stop us. In the United States of America, the states lead, and the states are leading on this issue. The world is not going to listen to someone who says climate change is a hoax. Our states and people understand the realities and dangers of climate change." With Oregon Gov. Kate Brown -- standing up at the dirty energy event and speaking out. Thanks to Cliamte Nexus for coverage.
Livestream of Trump's dirty energy event
https://livestream.com/nexusmedia/events/7933808?utm_content=buffer7d606&utm_medium=social&utm_source=twitter.com&utm_campaign=buffer 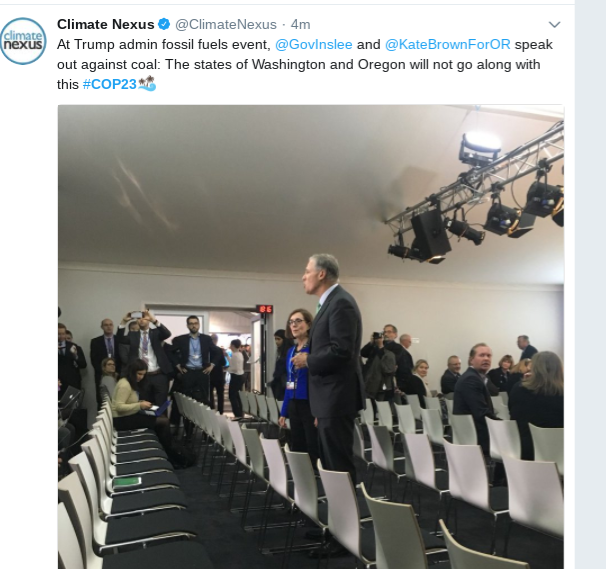 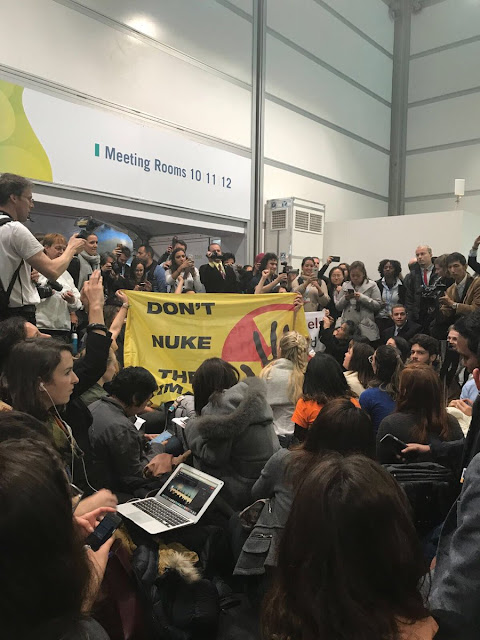 Photos below by Democracy Now, Nov. 12, as Amy Goodman arrived at COP23 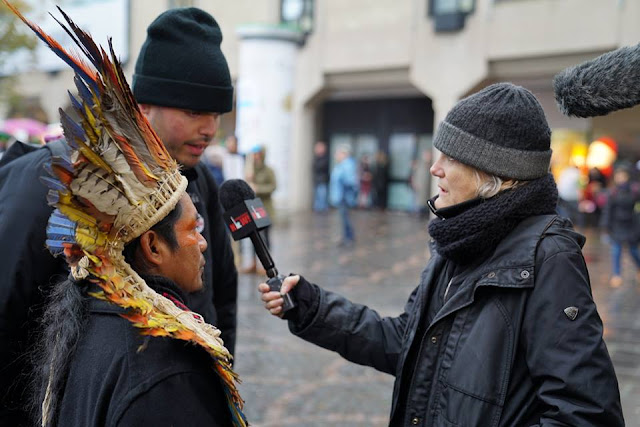 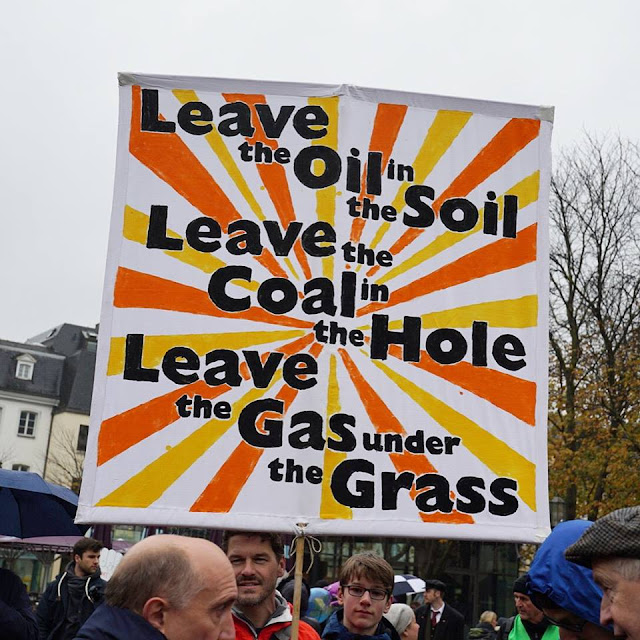 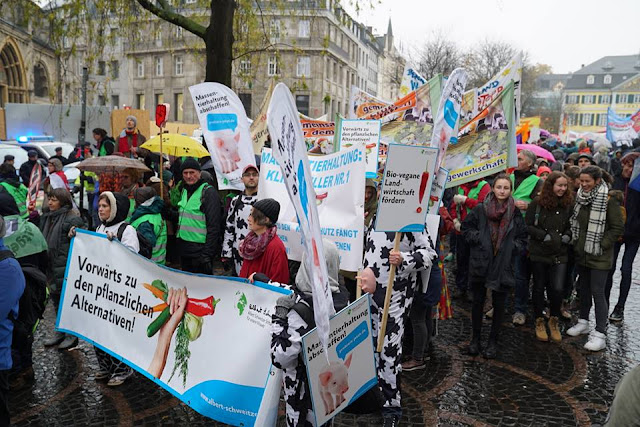 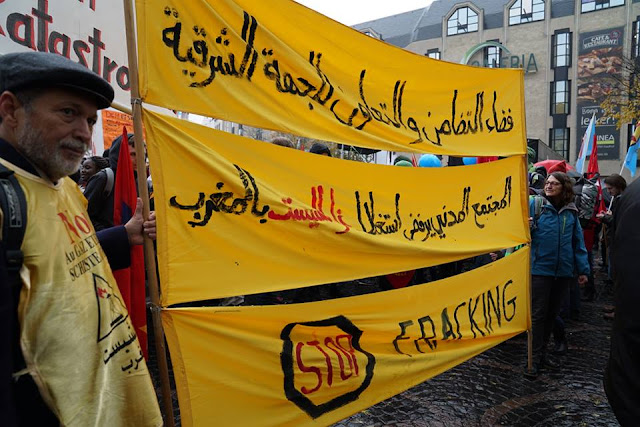 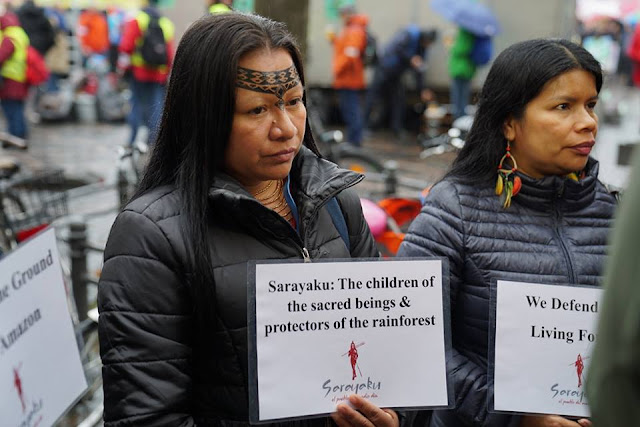 In a Time of Monsters, Trump Enables the Monster Makers

Trump is sending a genocidal toxic team to the U.N. Climate Summit in Bonn, Germany, with Peabody Coal leading the way.
Peabody Coal' s mining on Black Mesa has led to 40 years of human suffering and forced relocation for Dineh. Those Dineh who remain and resist relocation have spent 40 years living without running water and electricity, while Peabody drains the aquifer and poisons the air.
The coal lights up southern Arizona from the coal-fired Navajo Generating Station on the Navajo Nation. It is one of the dirtiest, most polluting power plants in the world.
Trump is the latest in a long line of corrupt politicians who target Indian lands with genocidal and toxic coal mining and coal fired power plants.
Trump's delegation to COP23 includes more genocidal polluters from the nuclear and gas industries.
Meanwhile, throughout Indian country, fracking, drilling, flaring of oil and gas is destroying the land, water and air. Workers' "man camps" attract criminals engaged in illegal drugs and sex crimes, as documented on the Mandan, Hidatsa and Arikara Nation in North Dakota.
As for nuclear energy, there is no safe way to produce nuclear energy. There is no safe way to transport or dispose of nuclear waste.
Western Shoshone have lived with the radioactive fallout from the Nuclear Test Site in Nevada, and now battle nuclear dumping at sacred Yucca Mountain.
Navajos and Pueblos were sent to their deaths during the Cold War, mining uranium without protective clothing. Today, radioactive tailings remain scattered across the Navajo Nation.
Out of control with destruction, the Trump administration now targets the Arctic with drilling and urges uranium mining in the Grand Canyon, with no respect or sanity.
The New York Times reported, Trump Team to Promote Fossil Fuels and Nuclear Power at Bonn Climate Talks:

WASHINGTON — The Trump administration will promote coal, natural gas and nuclear energy as an answer to climate change at a presentation during a United Nations global warming conference this month, the White House confirmed Thursday.
The program is billed as a discussion of how American energy resources, particularly fossil fuels, can help poor countries meet electricity needs and drive down greenhouse gas emissions. Entitled “The Role of Cleaner and More Efficient Fossil Fuels and Nuclear Power in Climate Mitigation,” it will feature speakers from Peabody Energy, a coal company; NuScale Power, a nuclear engineering firm; and Tellurian, a liquefied natural gas exporter.
Read more at the New York Times, article by Lisa Friedman:
https://www.nytimes.com/2017/11/02/climate/trump-coal-cop23-bonn.html