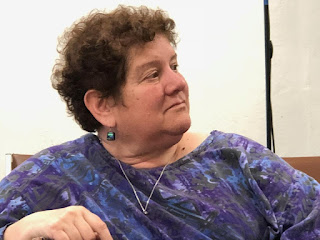 She also pointed out that the Dakota Access Pipeline was originally to be in the Bismarck area, but was redirected to the Standing Rock area to poison their water.Now, there is a spill of Keystone pipeline in South Dakota not far away from Standing Rock.Lederman said she hopes to see more protests, more resistance.The model of Standing Rock camps’ Water Protector Legal Collective, which created legal support in a rural area, can be replicated, she said.Meanwhile, the legal battle over the DAPL pipeline continues. Recently, the speeded-up permit was ruled illegal in federal court in Washington, D.C. However, the federal court has not stopped operation of the Dakota Access Pipeline.The Treaty is a legally binding document. This is unceded land of the Dakota Lakota Nations, she said.

Audios available for like minded radio stations
Copyright Brenda Norrell, Censored News
No portion may be used without permission, or in conjunction with advertising, clickbait, Adwords or other commercial or revenue producing schemes.