This special segment of On Native Ground focuses on the events occurring at Standing Rock, North Dakota, regarding the Dakota Access Pipe Line. Thousands of Natives and Indigenous tribes, as well as non-Natives have come together to fight for the water rights on the land. Two reporters from On Native Ground visited Standing Rock on November 20th and witnessed actions by DAPL and the military police against the Water Protectors. This special segment gives a different perspective and view of the occurrences that Natives have faced and what they are doing to fight for the land and the water.
Watch on YouTube: https://www.youtube.com/watch?v=pWvaHrwxXaI
at January 11, 2018 No comments: 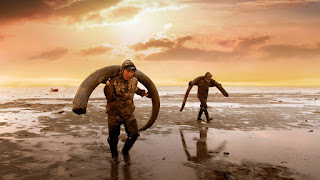 Genesis 2.0 / Switzerland, Directors: Christian Frei, Maxim Arbugaev (Yakut/Buryat), Producer: Christian Frei — On the remote New Siberian Islands in the Arctic Ocean, hunters search for tusks of extinct mammoths. When they discover a surprisingly well-preserved mammoth carcass, its resurrection will be the first manifestation of the next great technological revolution: genetics. It may well turn our world upside down.NEXT. 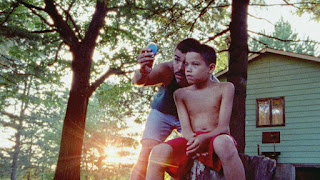 We the Animals / U.S.A., Director: Jeremiah Zagar, Screenwriters: Daniel Kitrosser, Jeremiah Zagar, Producers: Jeremy Yaches, Christina D. King (Creek and Seminole Nations), Andrew Goldman, Paul Mezey — Us three, us brothers, us kings. Manny, Joel and Jonah tear their way through childhood and push against the volatile love of their parents. As Manny and Joel grow into versions of their father and Ma dreams of escape, Jonah, the youngest, embraces an imagined world all his own. Cast: Raul Castillo, Sheila Vand, Evan Rosado, Isaiah Kristian, Josiah Santiago.Spotlight. 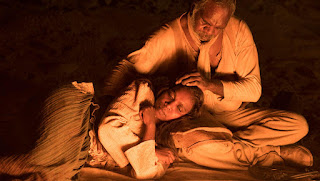 Sweet Country / Australia, Director: Warwick Thornton (Kaytej Nation), Screenwriters: Stephen McGregor, David Tranter (Alyawarra Nation) — Australian western set on the Northern Territory frontier in the 1920s, where justice itself is put on trial when an aged Aboriginal farmhand shoots a white man in self defense and goes on the run as posse gathers to hunt him down.Short Films. 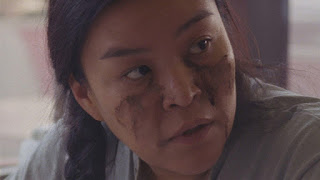 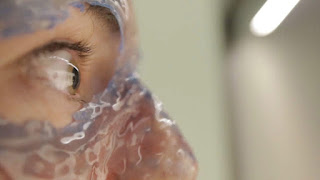 The Violence of a Civilization without Secrets / U.S.A., Directors and screenwriters: Adam Khalil, Zack Khalil (Sault Ste. Marie Tribe of Chippewa Indians, Jackson Polys (Tlingit) — An urgent reflection on Indigenous sovereignty, the undead violence of museum archives and post-mortem justice through the case of the "Kennewick Man," a prehistoric Paleoamerican man whose remains were found in Kennewick, Washington State in 1996.. 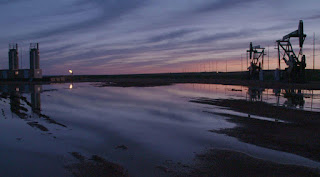 Nuuca / U.S.A. / Canada, Director: Michelle Latimer (Métis/Algonquin) — The oil boom in North Dakota has brought tens of thousands of new people to the region and with that has come an influx of drugs, crime and sex trafficking.. 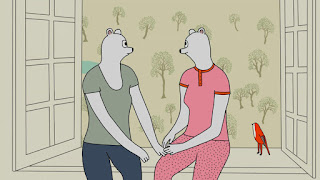 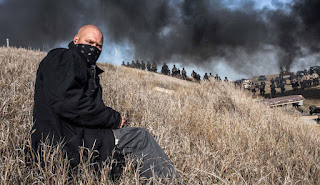 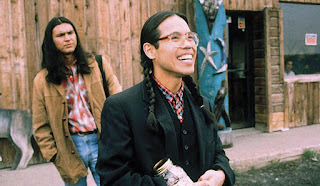 Lisa DeVille 'Methane waste may be invisible, but its impacts are all-too obvious'

Methane waste may be invisible,
but its impacts are all-too obvious

When the Trump administration suspended long-overdue updates of regulations on preventing methane waste and limiting wasteful flaring of natural gas last month, it was a slap in the face for all of us who live on the Fort Berthold Indian Reservation in Manderee, North Dakota.

The Bureau of Land Management’s Waste Prevention Rule would have required companies drilling on public and tribal lands to reduce the leaking, venting or flaring of natural gas through maintenance of equipment and use of proven technologies. This is a rule that my community fought for because we experience the impacts of methane pollution daily.

The Fort Berthold Indian Reservation is surrounded by nearly 1,000 oil and gas wells that make the unceasing extraction of the resources beneath our land hard to escape. The air smells like rotten eggs, the noise disrupts our lives and the gas flares make our night skies look like bright summer days.

But even with all the evidence of pollution, I did not fully understand the severity of the problem until I stood next to a gas well with an infrared camera in 2016.

Giant plumes of methane leak into the atmosphere unseen. As an environmental student, climate activist and a Manderee resident, witnessing the extent of the methane leakage across my community left me speechless.

This is why I joined a lawsuit to stop the Trump administration from willfully polluting our community and wasting our resources. The lawsuit challenges the authority of the administration to suspend the rule without adequate public process and in defiance of its legal obligation to take all reasonable precautions to prevent waste of publicly owned oil and gas.

Studies have shown that flaring, venting and leaking of methane and natural gas cause increased risks of asthma, respiratory infections, cancer and neurological damage. We have experienced several of these impacts firsthand as oil and gas activity has increased exponentially over the last decade on the Fort Berthold Indian Reservation. Though we are told that we live a safe distance from the drilling, our family’s medical tests mirror those of the drillers themselves.

They get paid to take that health risk. We don’t.

I also worry about the impact of methane pollution on the planet. Methane, a greenhouse gas that is 86 times more potent than carbon dioxide, is the second-largest contributor to human-caused climate change.

The suspension of the rule hurts our pocketbooks, too. Between 2009 and 2014, oil and gas on public and tribal lands vented, flared and leaked about 375 billion feet of natural gas – enough to supply over 5 million homes a year. According to BLM’s own calculations, suspending the Waste Prevention Rule will increase methane emissions by 175,000 tons over the next year and result in the waste of 9 billion cubic feet of natural gas.

Each year, the industry loses hundreds of millions of dollars worth of natural gas due to venting on federal and tribal lands alone. And the fact that companies don’t have to pay royalties on the gas they waste means that without the Waste Prevention Rule in place, taxpayers will lose out on millions of dollars in revenue every year.

This could be invested in schools, health care, drug treatment programs and so much more.

The Government Accountability Office found in 2010 that 40 percent of the natural gas vented and flared on federal lands could be captured cheaply with technology that was already available. The oil and gas industry is simply resistant for the sake of it. It’s only logical that a nearly 40-year-old rule should be updated to reflect technological advances.

We need stringent controls on methane pollution. We need monitoring, testing and studies that explain the environmental and human health impacts of exposure. The 2016 Waste Prevention Rule promised all that. The Interior Department’s move to suspend the rule is nothing but appeasement of the oil and gas industry.

Just because we can’t see the methane pouring out of wells without an infrared camera doesn’t means it isn’t.
Lisa DeVille is the president of the Fort Berthold Protectors of Water and Earth Rights (POWER).
at January 11, 2018 No comments: