PINE RIDGE, South Dakota -- Oglala  Sioux President Julian Bear Runner announced that the Tribal Council voted unanimously to ban South Dakota Gov. Kristi Noem from entering its sovereign land.
The Lakotas took this action after Gov. Noem supported two new bills that seek to punish water protectors and their allies by criminalizing them and labeling them as "riot boosters."
This comes after South Dakota created new laws to extract money from anyone who interferes with the construction of dirty and deadly oil pipelines, such as the proposed TransCanada Keystone XL pipeline which could poison the entire region's water supply with dirty crude oil from Alberta, Canada.
Bear Runner said the bills unfairly target Native Americans seeking to protect Treaty lands
The Oglala Sioux Nation points out that Gov. Noem insulted Lakotas when she consulted TransCanada and failed to consult the sovereign Oglala Sioux Nation.
The strong stance of the Oglala was covered by most national news outlets, including the Washington Post, USA Today and The Hill. 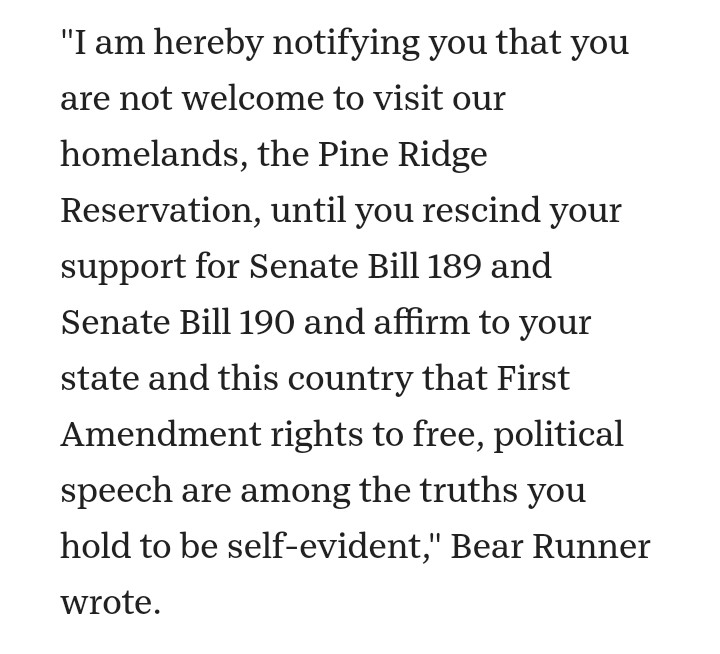 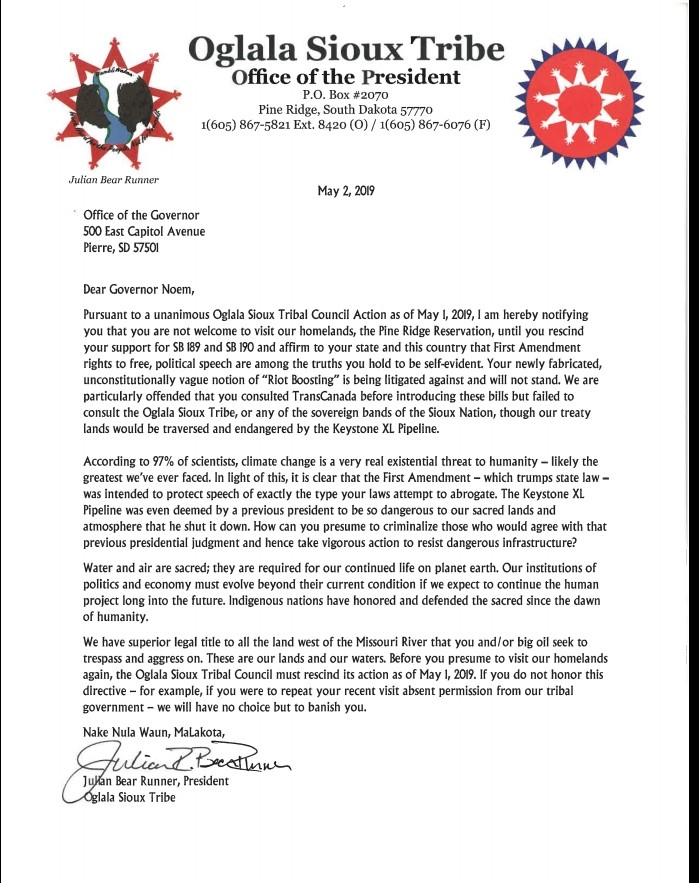 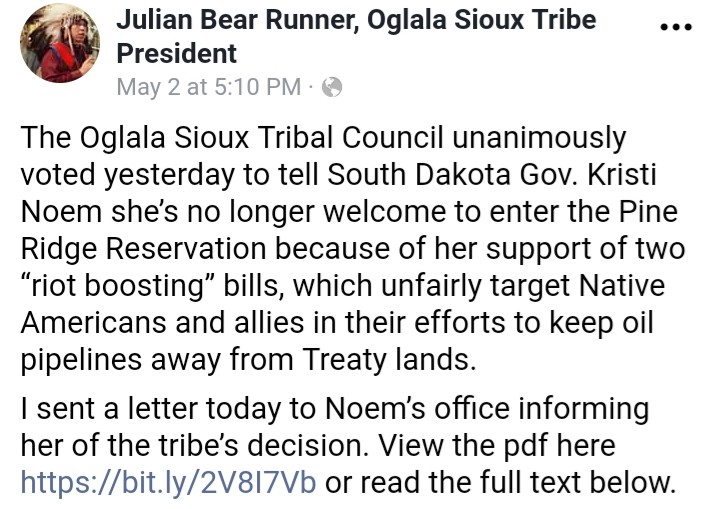