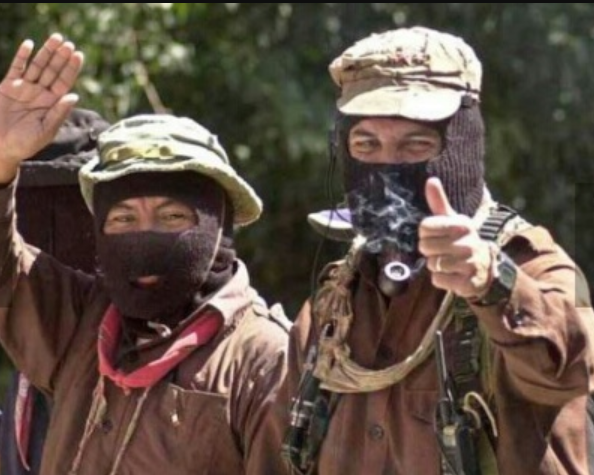 To the People of Mexico:

To the Peoples of the World:

To the Network of Support and Resistance and Rebellion:

We bring you our word. The same word as yesterday, today, and tomorrow. It is the word of resistance and rebellion.

In October of 2016, almost three years ago, during the 20th anniversary of the National Indigenous Congress [CNI], the sister organizations of the National Indigenous Congress and the EZLN made a commitment to go on the offensive in our defense of our Territory and Mother Earth. Persecuted by the bad government, by caciques, by foreign corporations, by criminals, and by the law, and as we accumulated insults, derision, and dead, we the originary peoples (the guardians of the earth), decided to go on the offensive and circulate the words and actions of resistance and rebellion.

'The Overture: Reality as Enemy' by SupGaleano 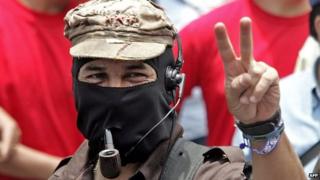 The Overture: Reality As Enemy
by SupGaleano

(*) I don’t know if citing Javier Marías (whose novels A Heart So White andTomorrow In The Battle Think on Me eased the sleeplessness of the now deceased SubMarcos during the nights after the betrayal which took place in February of 1995) makes me part of the conservatives’ and neoliberals’ “mafia of power.” I mean, I bring this up given the fact that Javier Marias has worked with the Spanish newspaper El País and that he tends to sharply question the evidence when others tend to swallow it hook, line, and sinker without so much as a whimper and that he’s intelligent and can’t (nor do I think that he wants to) hide it. In addition, let’s not forget that that he’s a monarchist because he is king, Xavier I, of the Kingdom of Redonda and a member of the Royal Academy of Spain. All of these reasons are more than enough reason to tag him as a “conservative/neoliberal/enemy of the people and its vanguard which is marching inexorably to the fulfillment of all history,” by the new thought police that we now suffer.

It's 110 degrees and everyone is speaking Spanish. Baile!

It's 110 degrees and everyone is speaking Spanish. Baile!

OUT THERE SOMEWHERE -- On the bus, everyone is speaking Spanish. The driver is speaking Spanish, and everyone else. They are all laughing and talking, and speaking this beautiful Spanish language. It is good to hear. On the rooftops, in the 110 degrees heat, the roofers are speaking Spanish, and those cooking food in the cafes, and caring for others' children, they are speaking Spanish too.
There is no way Trump can eliminate this beautiful language.
When I come across the border, there is a feeling of death, of dullness, when I re-enter the United States. That's what happens when the joy and life of Mexico are behind me, on the other side of this unnatural border.
At the taco joint, I grab some carne asada tacos, with some huge poblano chiles and pico de gallo, and gobble those down. And guess what, everyone is speaking Spanish.
And they are alive.