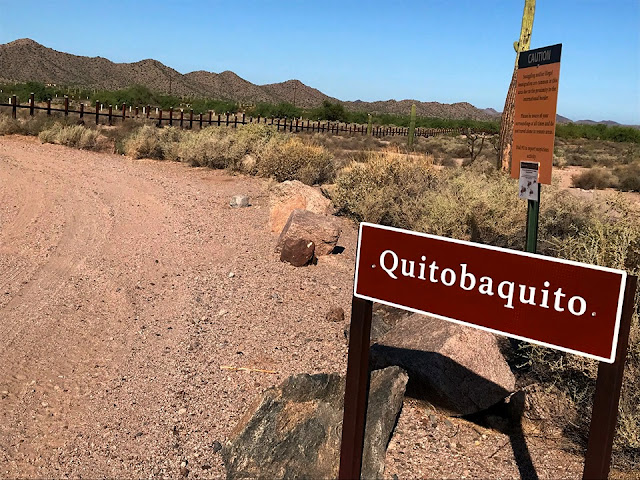 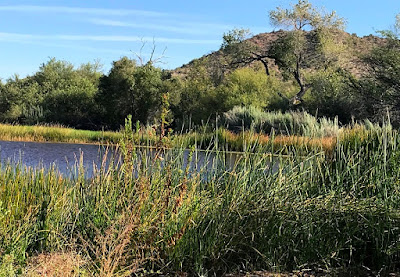 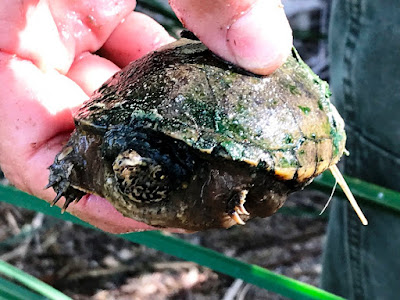 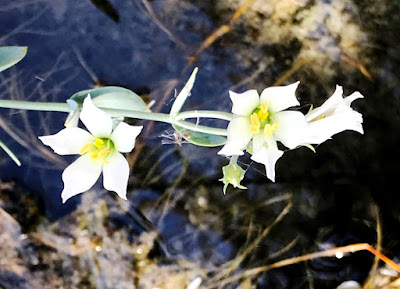 Quitobaquito is a rare oasis in the desert that supplies life-sustaining water to many animal species, as shown here. This Sonoyta mud turtle is found nowhere else in the world. Nearby, as shown below, border wall construction has already started near Lukeville, Arizona.
Trump is using diverted military funds to build this monster, the border wall, and has eliminated all laws protecting endangered and sacred places and species. In this fragile Sonoran Desert, it is a crime against nature, a crime against all life forms.
These expensive pieces of a border wall -- between the long border stretch from east Texas to the California coast -- are targeting the most fragile regions, and will only serve to push migrants into more deadly zones. Instead of halting immigration, these pieces of the border wall will be no more than a symbol of white nationalism and destruction.
Ofelia Rivas, Tohono O'odham who lives on the border nearby on the Tohono O'odham Nation, asked, "Where are the Water Protectors?"
"Sources say each foot of border wall will require 2 cubic yards of concrete. A yard of the concrete takes 39 gallons of water. This means each mile of wall = 411,840 gallons of water," Rivas told Censored News.
As the monster construction is ongoing nearby, the photographer, a border resident, explained that the border vehicle barrier, shown in the top photo, is already in place and the enormous wall is not needed here, in this fragile zone.
"The vehicle barrier seen in the background allows wildlife to move freely across the southern border in Organ Pipe Cactus National Monument. It keeps vehicles from driving across the border that could be very damaging to the sensitive environment."
Arizona Republic Raphael Carranza photos below: Trump uses diverted military funds to build border wall near Lukeville, Arizona, this week. 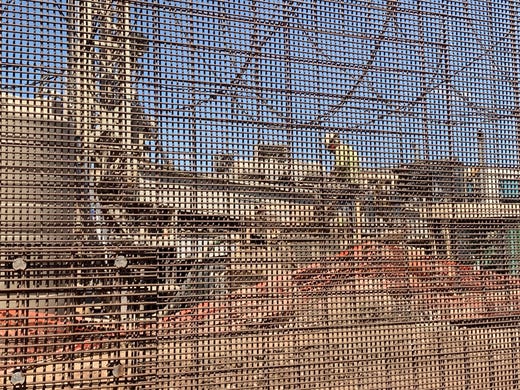 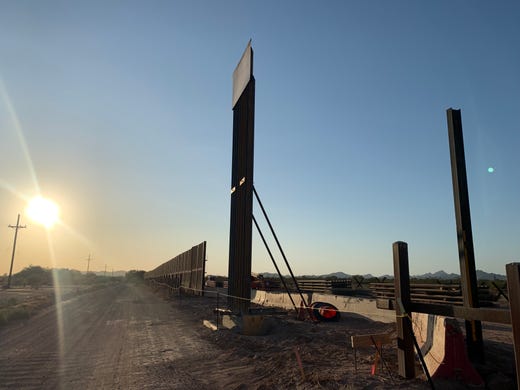 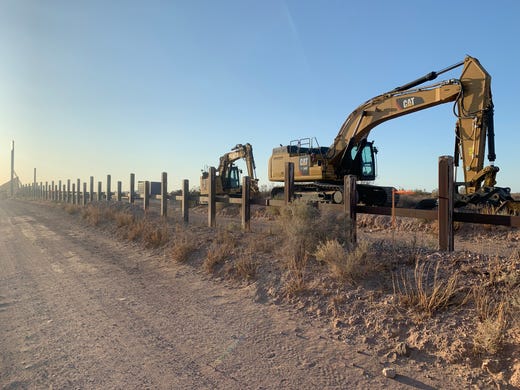 SAVING THE SONOYTA MUD TURTLE
The Center for Biological Diversity said, "The Sonoyta mud turtle has evolved as an aquatic species in one of the driest parts of the Sonoran Desert. With webbed feet and an innate ability to swim, this turtle depends heavily on what little water remains in the Southwest. The easiest way to identify a Sonoyta mud turtle is by its location since it's the only turtle inhabiting its very small range. The U.S. population has been reduced to a single reservoir within the Organ Pipe Cactus National Monument, named Quitobaquito Springs. In Mexico, these turtles inhabit a couple of small, still-flowing sections of the Rio Sonoyta."
Among the rare creatures found at Quiobaquito Springs is the endangered pupfish.
"The largest body of water at Organ Pipe Cactus National Monument is Quitobaquito springs and pond, home to the Quitobaquito pupfish," writes Wild Sonora.
"The cultural significance of the Quitobaquito area dates to approximately 11,000 B.P. (before present)."The pond is the home of the Quitobaquito spring snail, the Sonoyta mud turtle, and the desert caper plant. This is the only spot in the United States where these species can be found naturally occurring," the National Park Service said.
"The desert caper supports the caper butterfly (ascia Howarthi) that is only found coexisting with the plant. The Quitobaquito spring snails are so small that they are hard to find."
"You can sometimes spot the snail, about the size of a grain of black pepper, in the spring-fed streams serving the pond. Quitobaquito is also the only place where the Sonoyta mud turtle is found in the United States and has been deemed a candidate for protection under the Endangered Species Act."

Call and/or write your Congressional Representatives and Senators and ask them
1. To stop the funding for this wall.
2. To repeal section 102 of the Real ID Act that dismisses decades of protective environmental, public health, and safety laws passed by congress.
FYI - Section 102 of the Real ID Act of 2005 waives 28 environmental and other laws (listed below) during a national emergency or under a threat of a terrorist attack. Since #45 declared an emergency at the border in order to get funding for the wall, the builders do not have to abide by laws that are required by all other types of construction.
Laws waived...

15)The Archaeological and Historic Preservation Act

22)The National Fish and Wildlife Act

23)The Fish and Wildlife Coordination Act

25)The River and Harbors Act