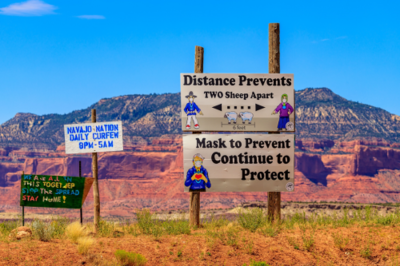 Unanswered Questions: Johns Hopkins fails to respond to vital questions -- 40 years of vaccine experiments on Navajos and Apaches
By Brenda Norrell
Censored News Exclusive
Johns Hopkins Center for American Indian Health failed to respond to the most important questions concerning 40 years of vaccine experiments on Navajos and Apaches. Johns Hopkins is currently carrying out the Pfizer and BioNTech vaccine experiments using Navajos.
Johns Hopkins failed to answer the following questions regarding its vaccine experiments. The vaccine experiments were carried out largely in secret and without public scrutiny over the past 40 years in IHS hospitals on the Navajo Nation and White Mountain Apache Nation.
(1) Have any Navajos or Apaches become sick or died as a result of Johns Hopkins' experimental medicines or treatments?
(2) Are blood and DNA of Navajo or Apache stored, how are they used and who has access to these?
Johns Hopkins' responses to Censored News questions are below, but there is no mention of the number, if any, who became sick or died. The pevious article: "Seven questions for Johns Hopkins" by Censored News is at:  https://bsnorrell.blogspot.com/2020/10/seven-questions-johns-hopkins.html
Dangerous medical experiments on Native Americans
There is a long history of vaccine and medical experiments on Native Americans by other researchers in Arizona and New Mexico that were dangerous, including the injection of radioactive fluid into O'odham at Phoenix Indian Hospital in the 1970s; pulmonary experiments on White Mountain Apache children without parental consent; and a vaccine experiment halted at Gallup Indian Center after patients became sick.
Trachoma treatments were conducted at boarding schools at Stewart, Intermountain and at Tuba City on the Navajo Nation, without parental consent. The Indian Health Service claimed it was the guardian of Native students in boarding schools. Censored News has documented these.
Indian Health Service hospitals carried out the sterilization of thousands of Native women without informed consent, as documented in 1976. Even after a court order was issued to halt the sterilizations, IHS continued to sterilize Native women as young as 19.
The sterilization of Native American women was not a medical experiment. It was genocide.
Earlier, in 1951, the US Public Health Service began a massive human medical experiment on approximately 4,000 Navajo uranium miners, without their informed consent. Neither the miners nor their families were warned of the risks from nuclear radiation and contamination as USPHS continued their experiment.
Currently, it is unknown how blood and DNA samples of Navajos are being used and stored and who has access to these. Previously, the Havasupai Nation in Arizona had to go to court to halt the abuse of their blood samples by researchers at Arizona State University.
Johns Hopkins is currently using IHS hospitals on the Navajo Nation to carry out the Pfizer and BioNTech vaccine trial and a convalescent plasma trial, which transfuses the blood plasma of a person who has coronavirus into a virus patient.
Johns Hopkins Response to Censored News
For the past 40 years, Johns Hopkins Center for American Indian Health has worked in partnership with the Navajo Nation, White Mountain Apache Tribe, Indian Health Service and Tribal Health Organizations on studies aimed at reducing disease and improving the health and well-being of Native people. Past studies include three successful Phase 3 clinical trials of vaccines that are now used as part of routine immunizations that Native American children, as well as children across the US and the world receive as part of routine care: the Hib vaccine (against a leading cause of meningitis), the Prevnar vaccine (against a leading cause of pneumonia) and the rotavirus vaccine (against a leading cause of infectious diarrhea that can have severe effects in infants). All studies have been done by Native American and allied research personnel who are trained in the conduct of clinical trials, with the guidance of the communities and oversight of the Tribal IRBs.

Currently, the Johns Hopkins Center for American Indian Health is evaluating whether an investigational vaccine, created by Pfizer/BioNTech, is effective in preventing COVID-19 disease. There are no licensed vaccines against the virus that causes COVID-19 and finding safe and effective vaccines is critical to protecting families and ending the pandemic. The vaccine cannot give a person COVID-19 disease and there is no quarantine period required for those who enroll. Following consultation with health care providers, elders, and other community leaders, this study was submitted to the Navajo Nation Human Research Review Board (NNHRRB). The NNHRRB reviewed and approved this study, as did the Johns Hopkins Institutional Review Board. All individuals who seek to participate in the study receive extensive information on the trial through the informed consent process, and their participation is completely voluntary.
Additional details about study procedures and other details related to your questions are available on our website: https://caih.jhu.edu/news/pfizer-covid-19-vaccine-clinical-trial

10-22-2020
Johns Hopkins on the Navajo Nation
The Johns Hopkins Center for American Indian Health website shows it is involved in COVID-19 surveillance and contact tracing.
Johns Hopkins is also carrying out:
Johns Hopkins blood plasma study on Navajos
Johns Hopkins said this study is being carried out using Navajos with funding from the Department of Defense:
Johns Hopkins researchers have received $35 million in funding from the U.S. Department of Defense (DOD) Joint Program Executive Office for Chemical, Biological, Radiological and Nuclear Defense (JPEO-CBRND), on behalf of the Defense Health Agency, for two nationwide clinical trials to test the effectiveness of a convalescent blood plasma outpatient treatment. The treatment is a transfusion of a blood product from COVID-19 survivors that contains antibodies that may help the patient’s immune system fight the virus. 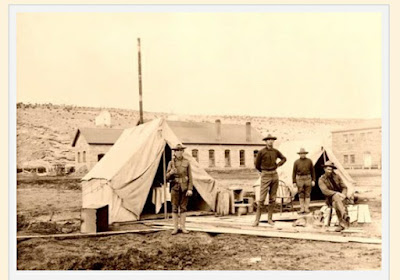 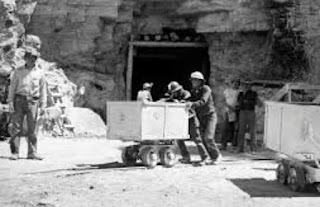 Uranium Radiation Experiment
The U.S. Public Health Service carried out radiation experiments on Navajos in 1951 without telling Navajo uranium miners, or their families.
The U S. knew the radiation would kill them, but sent Navajo miners to their deaths without protective gear.
Laguna and Acoma Pueblo miners were sent to their deaths in the same way at the Jackpile mine in New Mexico.
Deaths from cancer and respiratory disease are the legacy of U.S. uranium mining in Navajo and Pueblo communities. The radioactive dust fell on the plants, and was ingested by families eating sheep, deer, vegetables and plants.
Copyright Brenda Norrell, Censored News. No portion may be used without permission.
About the author
Brenda Norrell has been a reporter in Indian country for 38 years, beginning as a reporter for Navajo Times during the 18 years that she lived on the Navajo Nation. After serving as a longtime reporter for Indian Country Today newspaper covering the Southwest, she was censored and terminated. She created Censored News in 2006. She has a master's degree in international health, focused on water, nutrition and infectious diseases.
at October 24, 2020

Thanks for revisiting this history and asking for answers to pertinent questions at this critical time. Remarkable - if not surprising - how a culture, a dominant society - conveyed here through John Hopkins - one that prides itself in statistical data and quantitative analysis in a so-called Information Age, can so casually, so disrespectfully, veil and evade journalistic probing.