I, David Felix Sutcliffe, a Sundance-supported filmmaker, along with Michelle Cook, a Dine' (Navajo) human rights lawyer and founder of the Indigenous-led divestment campaign Divest Invest Protect, are releasing an open letter next week in advance of the 2021 Sundance Film festival.

The letter asks Robert Redford -- a well known environmentalist and supporter of Indigenous storytellers -- to sever the relationship between Sundance and Chase Bank, one of the festival's primary corporate sponsors. Chase is the number one funder of fossil fuel extraction projects in the US, and has invested nearly $200 billion into climate-crisis-causing projects since 2017. 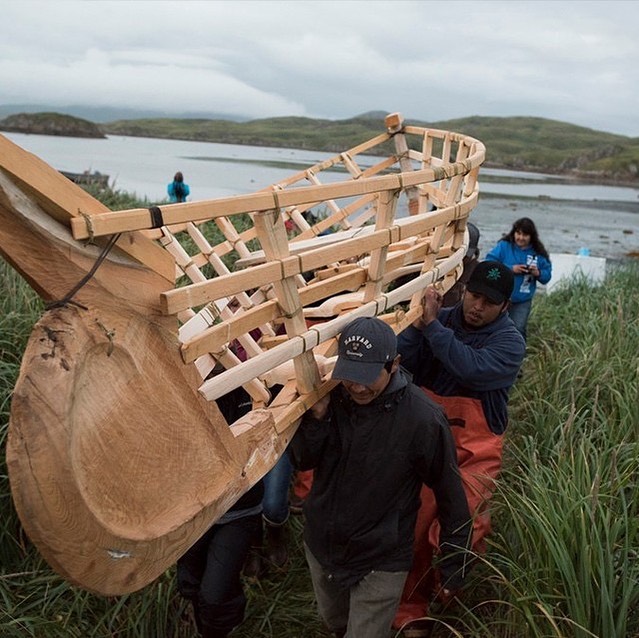 "A Kayak to Carry Us: Lived Knowledge": A group of community members return to the nearly forgotten technology of the traditional Alutiiq kayak to their people by building one in the field as their ancestors did. Sign up for Vision Maker Media's First Indigenous Online Film Festival to watch FREE August 31 - October 5, 2020!

For the first time, Vision Maker Media is hosting an online, five-week-long celebration of American Indian, Alaska Native and worldwide Indigenous films from August 31 – October 5, 2020. Accompanying the films, our festival will host a collective of inspiring filmmakers in engaging digital conversations, creating a space for both healing and learning.

The Vision Maker Film Festival is FREE. Every attendee has access to individual film pages, which will have more information about the films such as the trailers and Q and A session information.
REGISTER TO WATCH

The 1%ers [one per centers] exploit the rules, hoard the gains and rig the game in their favor. They have no obligation to the indigenous people who provide all the land, resources and opportunities. turtle island from ocean to ocean, pole to pole, is corrupted by people who don’t live here. They only want our resources.
The corporate governmental system is monetized! If a biopsy was done on the capitalist system, the results would be: death by short term thinking. The US and Canada are broke as they are based on murder and theft.
The cure is long term thinking as provided by the kaianerekowa, great peace.
The corporate system is rigged. It is run by trained minions; to “corpsulate” regulations or laws.
1%ers tripled their earnings in the last 10 years. Now suicides have increased. One out of 5 children go to bed hungry. The US has the highest infant mortality, the lowest life expectancy. There is no free speech. The labor unions to protect workers is weakened. The banks are the government. They own all the municipalities.
The brainwashed people rely on the government. The economy, highways, power grid, tax codes, job training, education and health care are created to benefit the 1%.
The power elite minion’s children do not need public health, public schooling; public transport, public welfare. Only the 99% of the people need that.
The baby boomers are the high achievers in the corporate knowledge economy. The corporate lawyers are trained agents that take over companies. Bankers create and fine tune the money system. There are 384 men who control 99.9% of the capital traded in all world markets everyday. [“Giants” by Peter Phillips.] The capitalist bubble is at its bursting point now. It needs to burst because it is toxic and unsustainable.
The corporate system on turtle island uses fear as their ally, anger as their friend, and lie to the public on a daily basis through their media control. Six companies control 99% of the world’s media.

The bankers finance the military, the police state, frame the laws and run the elections.
Cut throat capitalism must keep growing to continue to exist.  Capitalism is the cancer of no competition, which is incurable.
When things get better, there will be no one to exploit, no system to rig, no game to win.
The patient is dead. There are no cures for death, no matter how much money you got!
As Jim Morrison prophesized, “This is the end, my only friend, the end.”
MNN Mohawk Nation News kahentinetha2@protonmail.com  For more news, books, workshops, to donate and sign up for MNN newsletters, go to MNN Archives.  Address:  Box 991, Kahnawake [Quebec, Canada] J0L 1B0