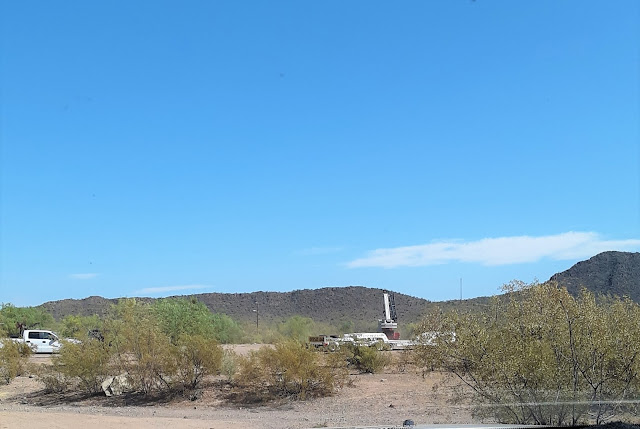 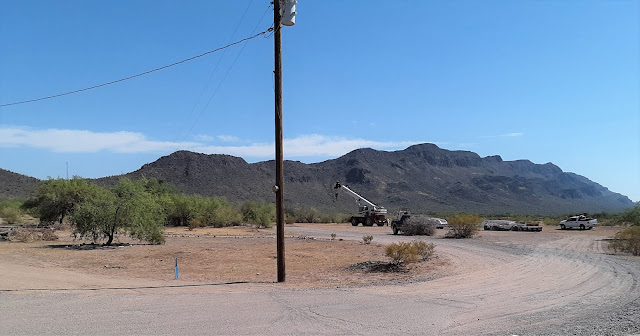 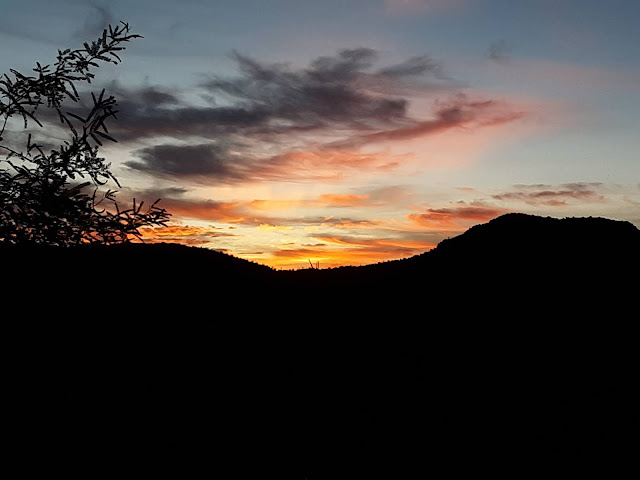 Photos copyright Ofelia Rivas
Israeli spy towers near completion on Tohono O'odham Nation as traditional O'odham oppose desecration of sacred land
Photos by Ofelia Rivas, Tohono O'odham
Article by Brenda Norrell
French translation by Christine Prat
Censored News
The border spy towers being constructed on the Tohono O'odham Nation by the Israeli defense contractor Elbit Systems are nearing completion, over the objection of traditional Tohono O'odham who oppose the desecration of sacred land.
Elbit Systems, known as the "Merchants of Death," is responsible for Apartheid security in Palestine. Elbit is currently being protested in the UK and globally for killer drones and human rights violations.

The Gu-Vo District on the Tohono O'odham Nation has opposed this proposal from the beginning.

Gu-Vo, in the westernmost district of the Tohono O'odham Nation, told the United States, "The Gu-Vo District opposes these proposed tower sites to protect cultural sites on the holy mountain now called the Ajo Mountain Range. The mountain holds human remains of our people and also places of our cultural practices (medicine bundles) home and home of the ceremonial deer and bighorn sheep and mountain tortoises that are protected under the Endangered Species Act."

"The Gu-Vo District communities landscape have already been greatly impacted by numerous unauthorized roads and destruction of our mountains and hills of great significance to the O'odham way of life. Our future generations will face more restrictions to live on our original lands as our rights as original Indigenous peoples continue to deteriorate."

The Elbit Systems contract was approved during the Obama administration, continued during the Trump administration and approved by the Tohono O'odham Nation government.
Protests against Elbit Systems in UK
The Middle East Monitor reports that Palestine solidarity activists protested outside the Israeli arms firm Elbit. Palestine Action has called for supporters to join protests against Elbit in central London.

Elbit is Israel’s largest private arms firm and is infamous for its killer drones.

The Hermes 900 is a massive piece of military-grade equipment, more or less the size of a conventional fighter aircraft. You could not buy this at Argos or Currys.

Elbit proudly advertises its wares as “battle-tested” on Palestinians. The Hermes 900 was first deployed during Israel’s deadly 2014 assault on the population of Gaza. More: https://www.middleeastmonitor.com/20201010-the-israeli-merchants-of-death-flying-drones-off-britains-coastline/
Read more and donate to Ofelia Rivas, founder of O'odham Voice against the Wall, at her website:

Copyright Ofelia Rivas, Censored News. May not be used without permission.