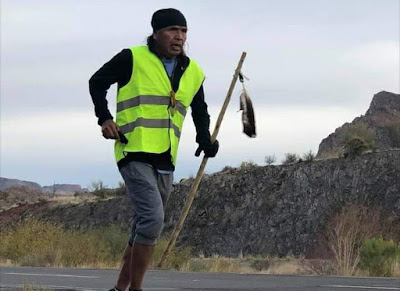 OAK FLAT, Ariz. — Wendsler Nosie Sr., along with granddaughters Naelyn and Báásé have left to run from Oak Flat to Phoenix to the Preliminary Injunction Hearing. The Apache Stronghold will be bringing a sacred, ceremonial feather and stone to the Federal Court house for blessings.

The U.S. Government denies that destroying Oak Flat, or Chi'chil Bildagoteel in our Apache language, will have any effect on the Apaches' ability to practice our religion. 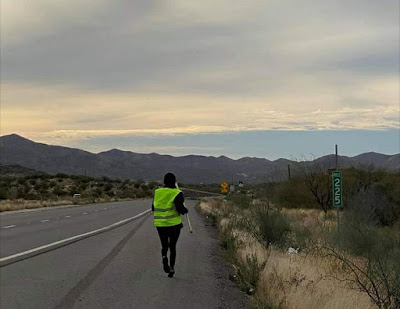 Rio Tinto/Resolution Copper have intervened in our case to deny the Apache our religious rights and to destroy our sacred Chi'chil Bildagoteel.

The Preliminary Injunction hearing will take place at the Sandra Day O'Connor courthouse in Phoenix on Wednesday, February 3rd at 9 AM.  In order to listen to the hearing, email: AZD-PIO@azd.uscourts.gov, to obtain dial-in instructions. 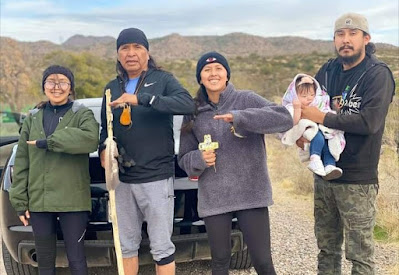 "As my grandfather always said, the blessed tools given to us by Usen can be the only thing that fights against the oldest evil," says Naelyn Pike on a Facebook post just before she started running.

Anyone from the public or press is welcome to join the Apache Stronghold on this run/walk starting from today until Wednesday morning before the hearing.