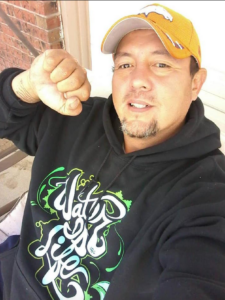 By Water Protector Legal Collective
Censored News
BISMSRCK, North Dakota – Water Protector Steve Martinez is confined in Burleigh County Detention Center after refusing, on principle, to give testimony before a federal grand jury. This Grand Jury, like the one at which Martinez refused to testify three years ago, ostensibly involves a criminal investigation into events leading to the grievous injury of Water Protector Sophia Wilansky. It has been the position of Morton County, North Dakota that Ms. Wilansky was not injured as a result of excessive force by law enforcement, but by the actions of Water Protectors. In a federal civil rights lawsuit against Morton County, however, Wilansky says she was shot in the arm with a concussion grenade by a sheriff’s deputy on November 20, 2016, when law enforcement attacked hundreds of unarmed people objecting to the construction of the Dakota Access Pipeline (“DAPL”) with high pressure fire hoses, impact munitions, explosive grenades and chemical weapons.

Opposition to DAPL rallied thousands of environmental and Indigenous rights activists to the Oceti Sakowin prayer camp at Standing Rock, ND in 2016 and 2017. These Water Protectors were met with heavily militarized intervention from the oil company’s private security forces, the Morton County Sheriff’s Office, and numerous assisting agencies. Since March, 2017, DAPL has leaked over 1000 gallons of oil into sensitive water sources, and the Energy Transfer link connecting DAPL to Texas has leaked over 5000 gallons of oil. On January 26, 2021, the appeals court in Washington D.C. upheld a lower court ruling which found that the permit allowing DAPL to cross beneath the Missouri River — on unceded Lakota / Dakota / Nakota lands – violated key federal environmental laws, by failing to consider the risk the pipeline poses to the Standing Rock Sioux and other Indigenous nations who depend on the river for drinking water, as well as cultural, spiritual, and economic survival. After years of struggle and irreversible harm to both land and people, the rulings affirm the positions of the Water Protectors, and mean that DAPL is currently operating illegally.

After Mr. Martinez refused to submit to a grand jury in 2017, US Attorneys released him from subpoena. Three years later, Mr. Martinez was served a new subpoena, just days after a significant ruling in Ms. Wilansky’s civil suit. The near simultaneous timing of the civil order and the new grand jury subpoena casts doubt on the legitimacy of the subpoena, argued Martinez’ lawyers in a motion to excuse him from the Grand Jury. U.S. Magistrate Judge Alice Senechal denied that motion.

After Martinez appeared before the Grand Jury on February 3, and invoked his First and Fifth Amendment rights, Magistrate Judge Senechal ordered him to give testimony. Martinez refused. In a secret proceeding in a sealed courtroom, the Court held him in contempt of its order, and over the objections of counsel, had him confined until such time as he agrees to testify, or the Grand Jury investigation terminates — up to 18 months.

The Government’s efforts to force Steve Martinez to collaborate with the Federal Grand Jury seeking to shift the blame for Sophia Wilanski’s injuries from law enforcement to Water Protectors have been plagued by due process violations, procedural errors, undue haste, and secrecy, say his lawyers. Martinez intends to challenge the finding of contempt, but remains prepared to serve the term of confinement, rather than participate in a proceeding characterized by secrecy and coercion.

Grand juries are secret proceedings, at which prosecutors control the presentation of evidence to grand jurors in an effort to secure an indictment. Neither defense counsel nor judges — nor any member of the public — may be present. Witnesses must answer questions or risk being jailed until either they are coerced into compliance, or the grand jury expires. “Due to their secrecy, grand juries are highly susceptible to abuse,” said attorney Moira Meltzer-Cohen. “There is a long history of grand juries being used to intimidate politically disfavored groups, from abolitionists to union organizers, anti-war advocates, and civil rights activists. This Grand Jury, which criminalizes movements for native sovereignty and environmental justice, is one more instance of such abuse.”

In addition to his objections to the grand jury as an institution, Martinez believes it is being used to suppress his rights to assembly, association, religion, and free speech. In a call from jail Saturday morning, he reaffirmed his conviction, saying “The state should not be intimidating people and trying to blame us for harm they caused. I didn’t want to lose my freedom, but they are not going to break me.” Martinez’ partner Leta Killer wrote in a heartfelt social media post: “Yesterday, my love Steve Martinez stood his ground as a Grand Jury Resistor regarding the movement at Standing Rock. … [T]he Feds are still grasping straws trying not to be held accountable for the terrible things law enforcement did to peaceful, prayerful Water Protectors. … Seeds of awareness & unification [will] spread all over the world for voices to speak out [about the need] to protect our natural resources for all of our future generations.” Martinez enjoys widespread support, as he joins, for the second time, a long line of activists committed to the welfare and self-determination of their movement communities. Mni Wiconi! (Water is Life!)

Letters of support may be directed to:

To learn more about Steve Martinez and the Water Protectors visit www.waterprotectorlegal.org and www.SupportSteveMartinez.com

Colonialism Created These Fires: Solidarity with the Karuk TribeNovember 2, 2020