Zapatistas March in Paris with Those Without Papers

Zapatistas who crossed the Atlantic by ship marched with those without papers in Paris demanding rights and justice. Meanwhile, the delegation of 177 Zapatistas who planned to fly to Paris and join the delegation remain stalled in Mexico. The government of Mexico has refused to give 62 Indigenous in the delegation their passports, Subcomandante Moises said in Chiapas. The Tour for Life plans to travel across Europe. Zapatistas have been invited by Basque, Indigenous in Russia, and people across the continent, to share their message of 'No compromise, resistance, autonomy, self-reliance, and dignity.' -- Censored News.
Photos by Pozol Noticias Chiapas "No papers with Zapatistas and No Papalists: transmission of the march in Montreuil with the Squad 421 streaming on Pozol Noticias Chiapas Radio Pozol Pozol Chiapas #LaGiraZapatistaVa #EZLN #slumilkaxjemkop" 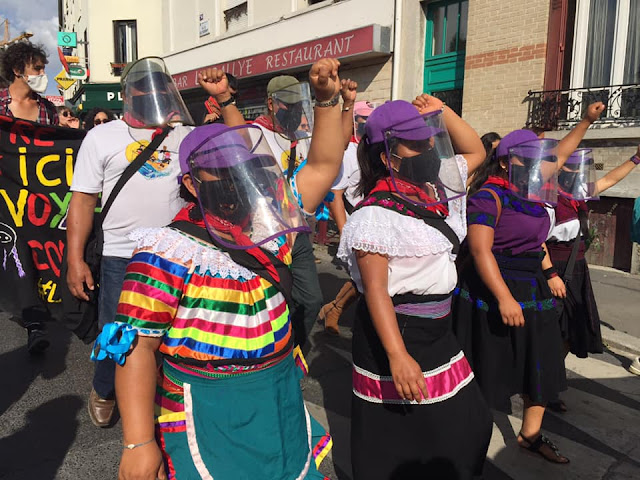 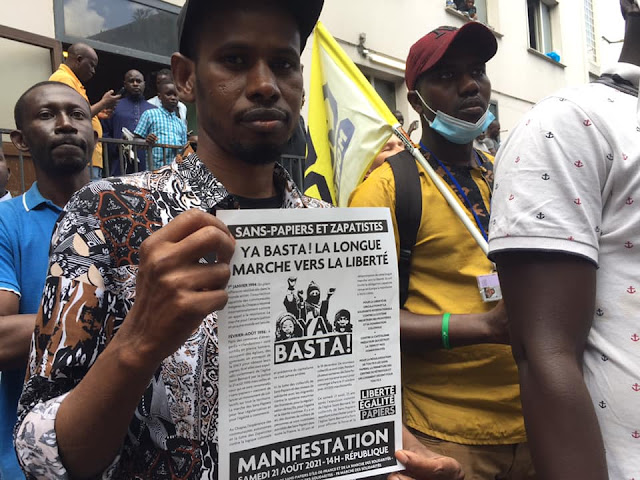