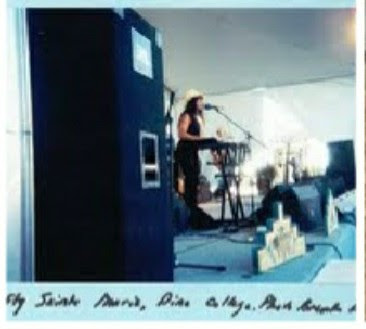 When Buffy came to Dine' College, she told us how she had been blacklisted and driven out of the music business in the U. S. by Presidents Nixon and Reagan.

The covert attack on Buffy was because of her song, 'Universal Soldier,' and her stance against the Vietnam War.

I was a staff writer for Indian Country Today when she performed in 1999, and the article was censored by the newspaper.

Buffy's story is one of the reasons I created Censored News in 2006, after being terminated and censored out of the news business as a working journalist. Here's Buffy on stage in Tsaile (above) and her story as she shared it with us that day.