Killing the Black Snake in Washington 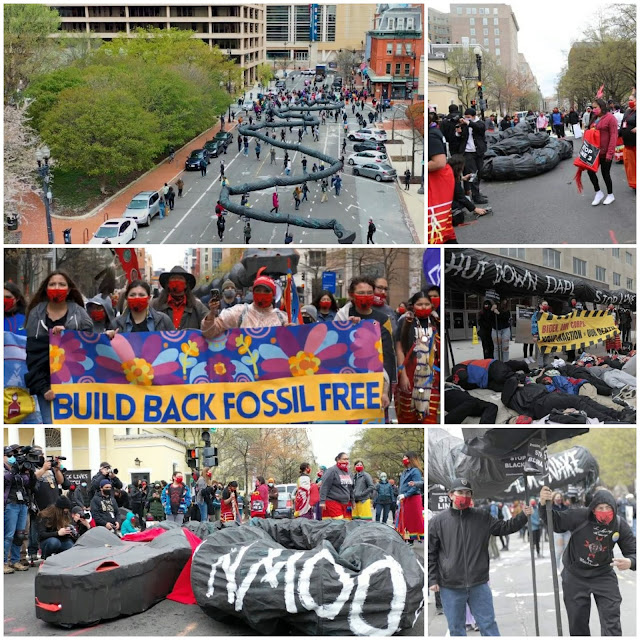 Killing the Black Snake in Washington

Indigenous youths, marching to the White House on Thursday with a 200-foot black snake called out with clarity to the White House. "If the Biden Harris administration doesn't want this at their home, then they shouldn't bring it to our home," one of the Native youths said.

A news search shows that the media in France, Latin America, Germany, Iran, and Russia provided good coverage of the Native youth actions in DC to shut down pipelines -- while the U.S. mainstream media remains sleeping.

With a large crowd joining them, they delivered more than 400,000 petitions to the U.S. Army Corps of Engineers to shut down the Dakota Access and Enbridge Line 3 pipelines, and rallied outside.

Lakota and Dakota youths traveled from Standing Rock and Cheyenne River Nations in North Dakota and South Dakota, and Anishinaabe youths came from Minnesota, to lead the actions.

A news search shows the media in France, Latin America Germany, Iran, and Russia provided coverage of the actions on Thursday. It seems the mainstream U.S. media remains in hiding.

Jen Deerinwater at Truthout provides coverage of Waniya Locke, Dine', Lakota, Nakota, and Anishinaabe, who locked down to a tripod near the White House, at Black Lives Matter Plaza.

La Prensa Latina describes the threat of the Enbridge Line 3 Pipeline. The pipeline under construction would carry crude oil from Alberta, Canada, through Anishinaabe lands in Minnesota.

Meanwhile, in Washington, Native youths ran for the water.

"All pipelines break," Native youths said, as they stood in defense of the water.

"Water is Life, Mni Wiconi," said Native youths, marching with the black snake in the streets of DC.

They resounded the defense of Water Protectors at Standing Rock in North Dakota, defending the Missouri River, and the drinking water for the masses, from Dakota Access Pipeline.

At Cheyenne River in South Dakota, Lakotas continue to monitor the construction area of the Keystone XL pipeline, whose permit was canceled by President Biden.

The global coverage of the action of the Native youth in DC, killing the black snake, includes coverage in Tehran, Iran.

France 24 is covering the Native youths killing the black snake in DC, adding to the global coverage in Latin America, Russia, Germany, and Iran. Here's a view of the coverage: 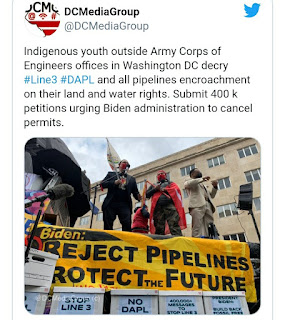 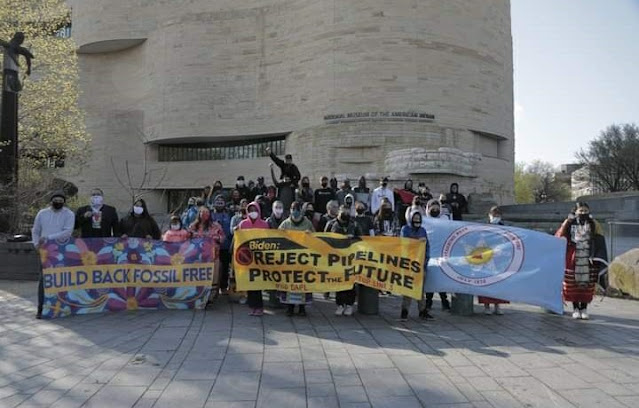 Read more in the news: