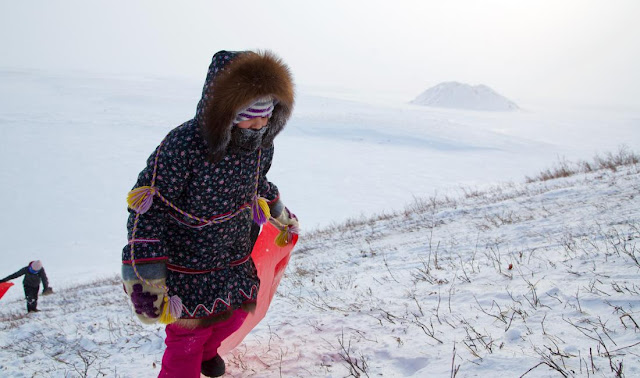 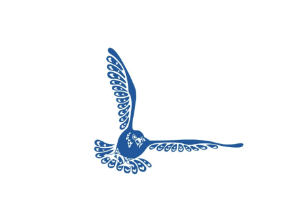 French translation by Christine Prat
https://chrisp.lautre.net/wpblog/?p=7247
Inuvialuit Regional Corporation (IRC) has respectfully declined an invitation to participate in the Papal visit to Iqaluit on July 29, 2022, as it remains unclear if a formal apology will be made or not.
The Roman Catholic Church operated three (3) residential schools in the Inuvialuit Settlement Region (ISR). Inuvialuit continue to bear the burden of intergenerational trauma stemming from residential schools and will never forget these atrocities.

The Inuvialuit Regional Corporation recognizes the Papal visit, but until there is a clear statement made by the Roman Catholic church committing to address past wrongs, IRC will withhold any involvement (while the church continues to withhold any settlement payments, despite promises made in the Indian Residential School Settlement Agreement).

IRC would also expect a commitment from the church to work closely with Inuvialuit and IRC on a real approach to reconciliation.

We understand that some Inuvialuit will attend the events as part of the Papal visit. While not participating itself, IRC wishes Inuvialuit survivors and families healing as they continue their journey.

In our absence, IRC invites the Holy See and the Canadian Conference of Catholic Bishops (CCCB) to reflect upon their role in the colonization of Inuvialuit Nunangat.
--- 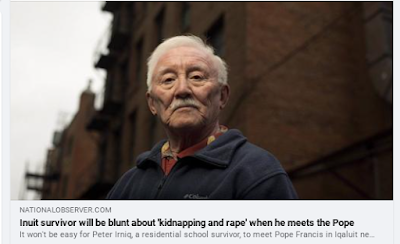 "It won't be easy for Peter Irniq, a residential school survivor, to meet Pope Francis in Iqaluit next week. It's going to be scary," said Irniq, who was abused by a nun at the age of 11 as a student at the school in Chesterfield Inlet in what is now Nunavut. By National Observer.
https://www.nationalobserver.com/2022/07/22/news/inuit-survivor-kidnapping-rape-pope
Father Johannes Rivoire is facing a Canada-wide warrant for his arrest. The leader of the Inuit delegation meeting privately with Pope Francis on Monday has called on the pontiff to personally intervene in the case of a fugitive Oblate priest accused of sexually assaulting children in Nunavut. By CBC.
https://www.cbc.ca/news/politics/natan-obed-asks-pope-intervene-father-johannes-rivoire-1.6399495
Inuit want priest returned from France to Canada to stand trial for sexual abuse. The woman, now a grandmother, said to this day she does not like Sundays, when her abuse often took place. She keeps her hair short, remembering that her abuser would pull the long hair she had as a girl, to keep her quiet. Retired priest Johannes Rivoire, 93, is charged with sexual assault related to his work in northern parishes for the Catholic congregation Missionary Oblates of Mary Immaculate. The charge against Rivoire, who lives in Lyon, France, was laid by Canadian police in February. By Reuters.
https://www.cbc.ca/news/politics/natan-obed-asks-pope-intervene-father-johannes-rivoire-1.6399495 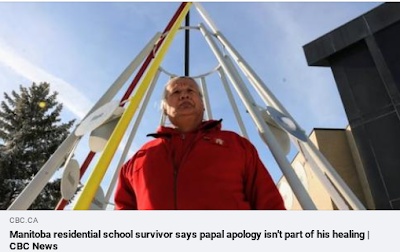 "While some residential school survivors are beginning their journey to Alberta for Pope Francis's first stop on his Canadian visit, others are choosing to stay home and lean on traditional ceremonies and teachings to heal. That includes Sioux Valley Dakota Nation Elder Frank Tacan. " Tacan said the abuse is still going on. By CBC.
https://www.cbc.ca/news/canada/manitoba/delegations-travelling-papal-visit-1.6529663
. 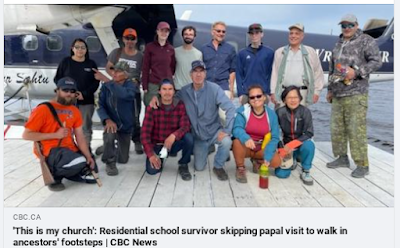 When Pope Francis addresses residential school survivors in Maskwacis, Alberta on Monday, one survivor won't be in the audience or watching it on a screen. Instead, Norman Yak'eula plans to be trekking the ancestral route of the Sahtú Dene and Métis. By CBC.
https://www.cbc.ca/amp/1.6529347
List of 28 mass graves released in 2008
Fourteen years ago Russell Means and Kevin Annett released this list of 28 mass graves of Native children in Canada, who were kidnapped by Canada, the Catholic Church and other churches, and incarcerated in prison schools, where they died of starvation, disease, medical experiments, rape, torture and murder by priests and church staff. Means and Annett were attacked at the time by those who wanted to bury the truth. For the children. -- Censored News.
https://bsnorrell.blogspot.com/2021/06/location-of-mass-graves-at-residential.html
at July 22, 2022 1 comment: