Reposted from http://tarsandsblockade.org/4th-action/
Sept. 19, 2012
UPDATE: 11:30AM – Five arrests made at Keystone XL construction site outside Winnsboro, Texas. Three brave blockaders locked to tree clear-cutting machinery delayed operations at the site for the morning.
Join us in celebrating our latest crew of brave blockaders: Doug is a former Exxon employee turned climate justice activist, Sam is an author of a pending book on Keystone XL, and R.C. is a proud mother who was arrestted today even though it means being away from her children for the day.
Show these blockaders your support! Please consider a generous donation to their jail support. Bail for five will likely be costly!
UPDATE: 11:30AM – David Hightower’s vineyard will not be cleared for the Keystone XL today, according to crews working there.
UPDATE: 10:40AM – Police have left the scene at David Hightower’s home.
UPDATE: 10:30AM – Police harassment and intimidation of protesters at David Hightower’s home. Three protesters holding signs on the public right of way next to Hightower’s home were threatened with arrest repeatedly, but are within their legal right to demonstrate.
UPDATE: 9:45AM – Police have taken signs from Tar Sands Blockade supporters standing vigil in David Hightower’s front yard. They are threatening arrests.
UPDATE: 9:30AM – While three blockaders are shutting down a Keystone XL construction site others are defending David Hightower’s home. Construction crews have arrived at Mr. Hightower’s to begin clear-cutting his trees and home vineyard. Tar Sands Blockade supporters are in David’s front yard continuing our vigil
UPDATE 9AM – Franklin County Sheriff and County Constable are on the scene at the construction yard. The sheriff tried to use hacksaw on blockader’s locking device and gave up in frustration.
BREAKING: Three Blockaders Lock Themselves to Keystone XL Machinery
Tar Sand Blockade again halts construction on the toxic Keystone XL pipeline in its sustained campaign of civil disobedience 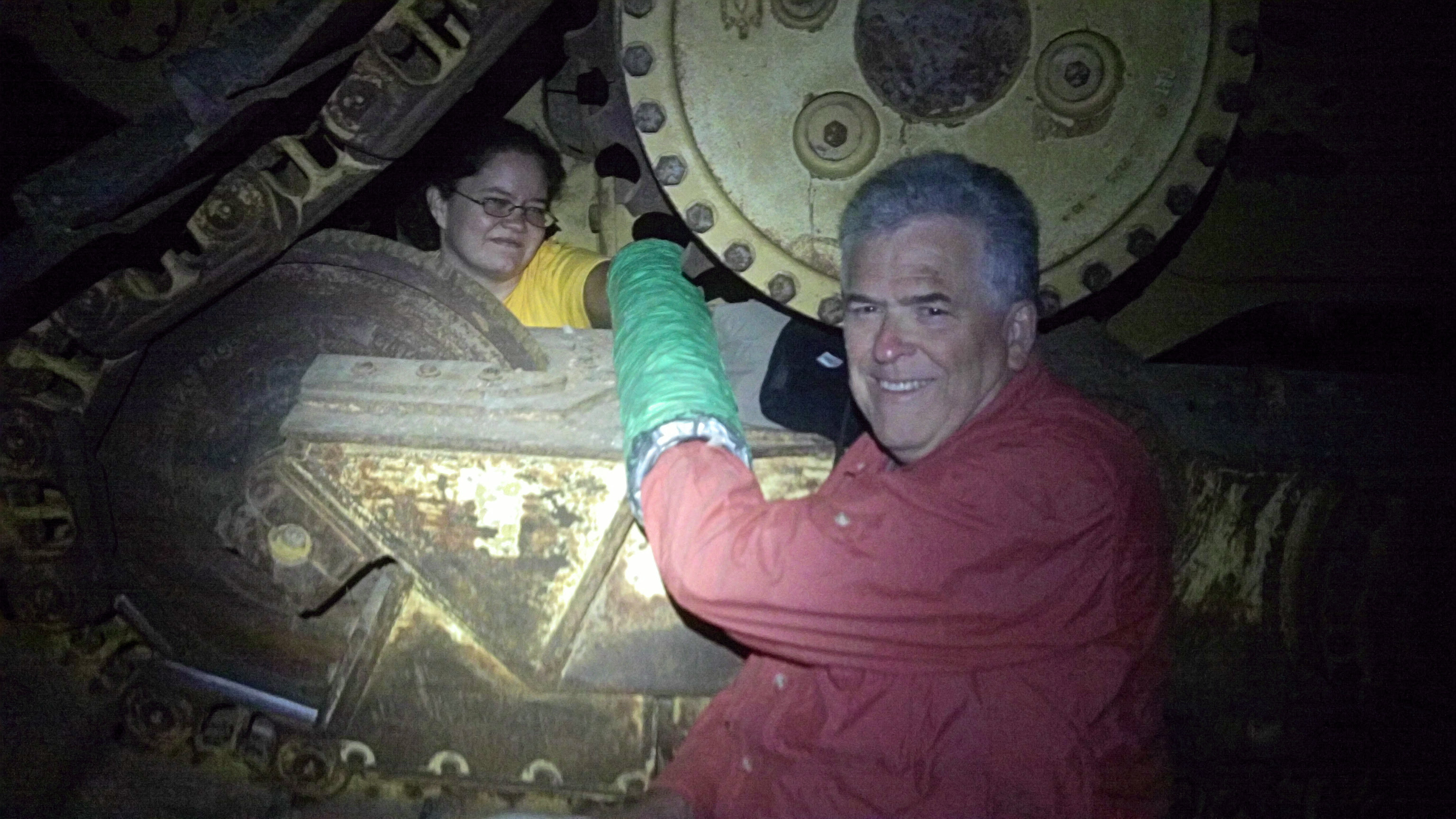 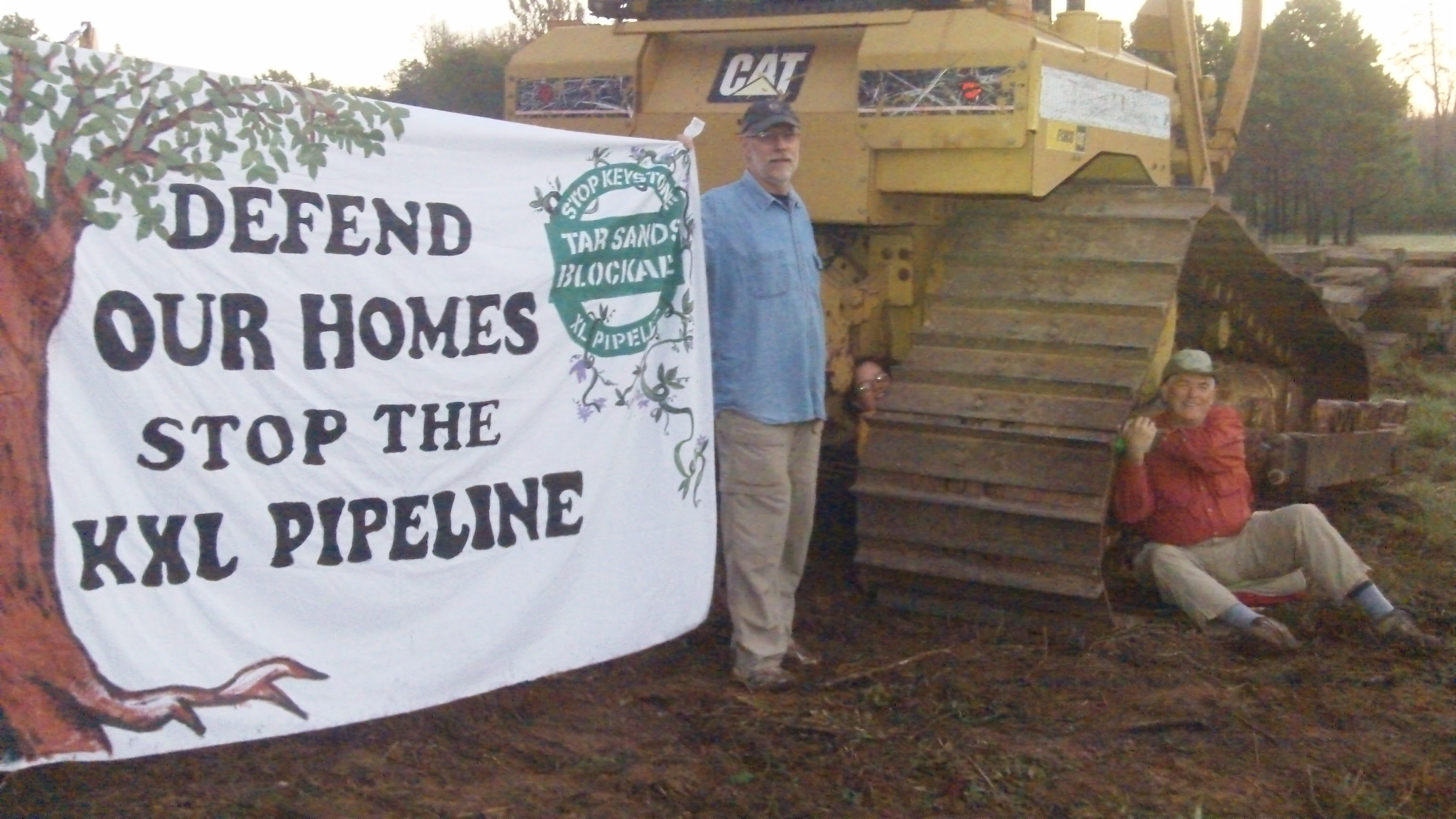 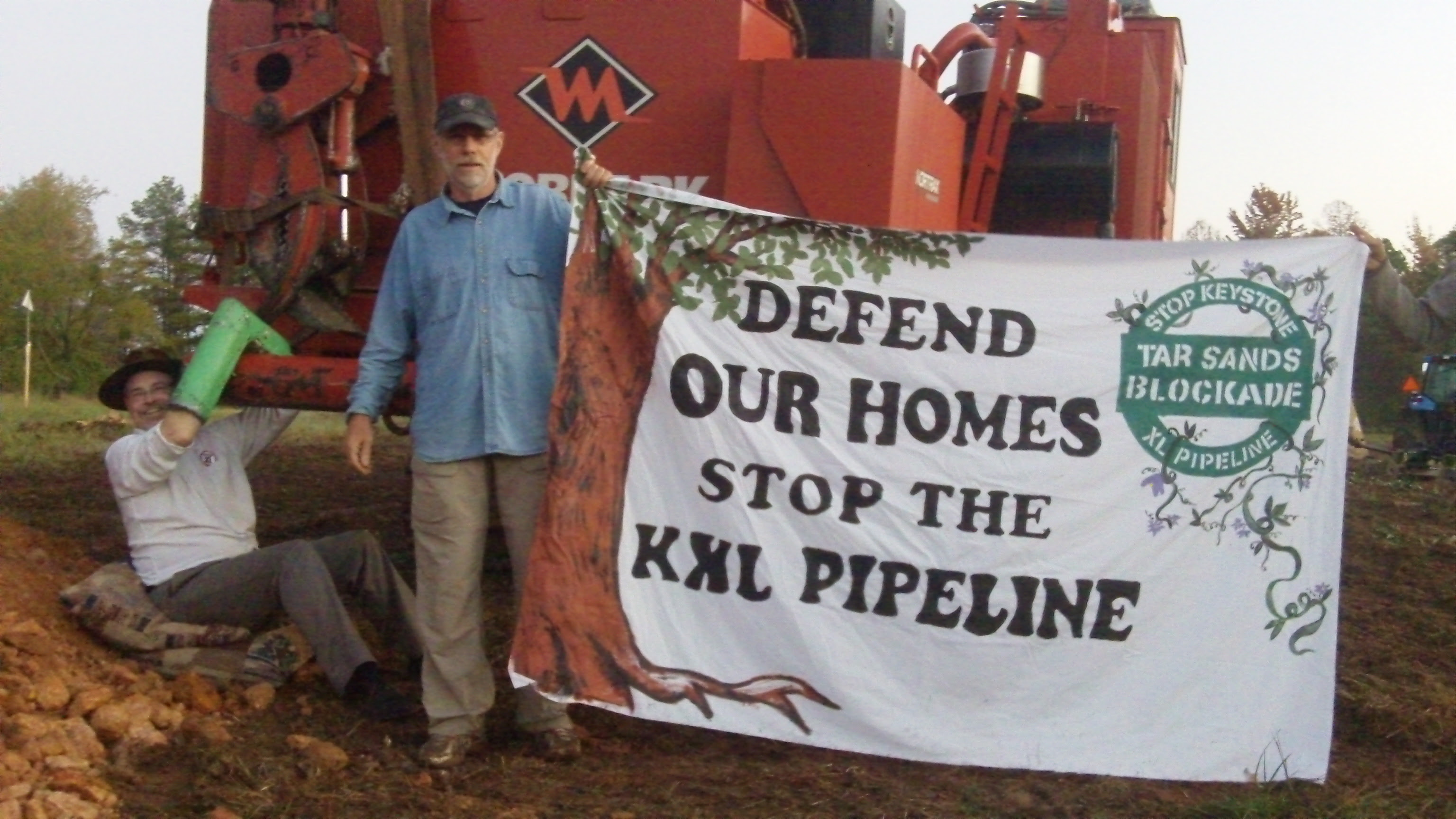 WINNSBORO, TEXAS – September 19, 2012, 8:00AM – Three landowner advocates and climate justice organizers have locked themselves to a piece of machinery critical for Keystone XL construction.
Blockaders have locked themselves to a massive wood chipper and a skidder, both used in clear cutting trees in the path of the toxic pipeline. Tar Sands Blockade has again delayed construction on a segment of TransCanada’s Keystone XL tar sands pipeline. Today’s action marks the third time that blockaders have halted construction in recent weeks.
Four blockaders total entered a construction yard risking arrest. Three are locked to the Keystone XL construction machinery. Texas-born blockaders have united with neighbors from other states to support rural and neighboring communities threatened by the toxic pipeline’s diluted bitumen slurry.
Doug Grant, 65 from San Francisco, CA, says, “Having worked for years for Exxon, I know how enticing it is to want to develop the Alberta Tar Sands, but it’s just wrong; wrong for the folks who live near the surface mines and toxic ponds, wrong for the landowners who are coerced under duress into contracts or taken to court to have their homes stolen from them, and just wrong for the climate.” Doug is [doing this].
“As a mother and step-grandmother, I want to be able to tell my children that I did something when the time came,” explains Amarillo-born R.C. Saldaña-Flores, 36. “I’m willing to take risks today to raise awareness of this horrible situation – even if that means being away from my children in jail for a day.”
Kentucky-based solar installation expert and author of the forthcoming book The Pipeline and the Paradigm: Keystone XL and the Rise of Global Consciousness, Sam Avery, 63, suggests that sometime you must create an obstruction in order to facilitate necessary discussion. “I don’t believe it’s too late. We have time,” he shares. “We simply must continue to stand with landowners who are having their homes and farms ruined. We must continue to press for dialogue amongst all people victimized by TransCanada’s ruthless harm. Civil disobedience allows for that space to develop.”
Tar Sands Blockade is a coalition of Texas and Oklahoma landowners and climate organizers using peaceful and sustained civil disobedience to stop the construction of the Keystone XL tar sands pipeline.
“People from all walks of life are banding together to defend their homes in the face of TransCanada’s fraudulent bullying,” suggests Ron Seifert, a spokesperson for the Tar Sands Blockade. “Their Keystone XL pipeline serves no legitimate public interest, and people are waking up to the fact that this multinational corporation is stealing land and poisoning water supplies illegitimately. For that reason, we are proactively defending homes through nonviolent civil disobedience.”
One thing is clear from our recent victories that stopped Keystone XL construction for the entire day in both Saltillo and Livingston, Texas– people power works.
Sign up now to join one of our upcoming actions.
Share this story on Facebook and Twitter.
Press Contact:
Ron Seifert, 843-814-2796, ronseif@gmail.com
Ramsey Sprague, 682-556-0553, profe.ramsey@gmail.com
Posted by Censored News, publisher Brenda Norrell at September 19, 2012