MOHAWKS V. HER MAJESTY. FEDERAL COURT, TORONTO:
October 1, 2012. Re: Kanekota
http://mohawknationnews.com/blog/?p=1433
MNN. Sep. 27, 2012. The hearing is on Monday October 1 at 10 AM, 180 Queen Street West. Toronto. Thahoketoteh will be arguing Rule of Law with the Attorney General on the issue of Kanekota. All welcome.

Kanekota, “where the water comes from the earth”, is a 525 sq. mi. tract in the northern portion of the Haldimand Tract. The Royal Proclamation of 1783 provides that Canada has the responsibility to protect the Mohawks forever and that there shall never be any encroachment.

Thahoketoteh states, “I would be pleased if you could come to the courtroom as a witness. The argument will be chronological, starting at 1701 with the introduction of the Gushwenta, up to the present”.

The Gushwenta is the formula whereby the settlers agreed to become of one mind and live with us in peace. It was ratified in 1710 when our Royaner visited Queen Anne’s court. This will now be on the Public Record for everyone. The return of the Peace is almost here.
MNN Mohawk Nation News kahentinetha2@yahoo.com For more news, books, workshops, to donate and sign up for MNN newsletters, go to www.mohawknationnews.com More stories at MNN Archives. Address: Box 991, Kahnawake [Quebec, Canada] J0L 1B0
at September 27, 2012 No comments: 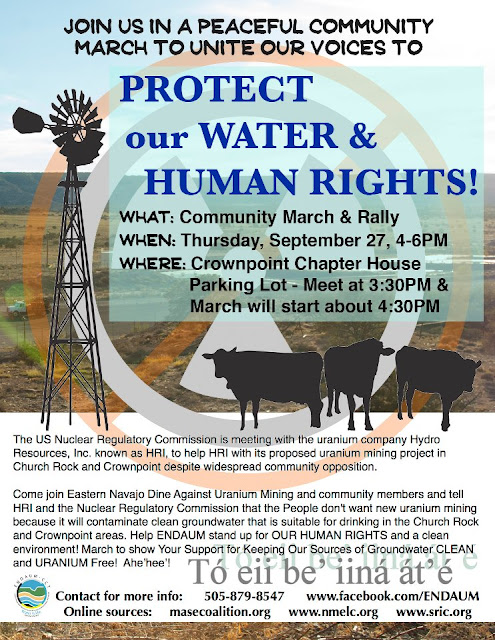 
TransCanada has only continued to jeopardize the safety of our friends as we move forward on the fourth day of our sustained tree-sit. A worker operating a feller buncher, a heavy machinery used for clear-cutting forests, attempted to drop a felled tree on a peaceful blockader late Tuesday.
After Tuesday’s incident in which blockader’s witnessed TransCanada supervisors actively encouraging the torture of two peaceful blockaders, they immediately turned their heavy machinery back on and continued to plow toward nine people in a tree blockade. Before they could get close enough to the 80-foot-high tree village, a team of four nonviolent blockaders intent on protecting the safety of their friends, and stopping TransCanada’s reckless clear-cutting machinery intercepted them.
When approached in plain sight by the members of Tar Sands Blockade the TransCanada operator refused to turn off his machine in accordance with Federal safety regulations. He continued to recklessly clear-cut trees in full view of TransCanada supervisors who simply watched with video cameras. The feller buncher operator made eye contact with blockaders, and proceeded to drop a tree near enough to them that blockader J.G Jenson had to jump out of the way to avoid being slammed by the branches.
“It felt like he was aiming a loaded gun at me and would pull the trigger any second,” says J.G. Jenson who had to leap out of the way to avoid being struck by the falling tree. “TransCanada has abandoned all safety protocols to plow this toxic pipeline through our homes at any cost.”
“We are here on the front lines of the fight to stop tar sands extraction, and we need more people to join us here because they are trying plow right through us.”

Below is a personal account of from the Tar Sands Blockader member, J.G. Jenson, who was almost struck by the falling tree:
After Tuesday’s lockdown action had been cleared up [TransCanada] finished the timber bridge, and we heard that a feller buncher was approaching. We went out there, and saw two TransCanada supervisors with vests and hard hats, standing 100-feet from a feller buncher. It was clear they had seen us, and they were filming us the whole time.
We moved in right after we saw that the feller buncher had cut a tree and dropped it, so we knew the feller buncher wasn’t about to drop another tree and we could approach.
We approached slowly in plain sight of the TransCanada supervisors, keeping in mind that it was a dangerous situation. We walked past the supervisors calmly, and got about 60-feet from the feller buncher.
That’s when the feller buncher began to back up. I thought, “OK, the supervisors have radioed him, and told him to back up because there are peaceful blockaders approaching,” but instead of leaving he turns and cuts a dead tree that falls into four big pieces, and he threatens us by dropping the lower section in our general direction.
We are 50-feet away at this point. On the machine it says stay back 500-feet. We are trying to stop this feller buncher from cutting the trees and building this pipeline, and advancing toward the wall [40-foot-high timber scaffolding where sitters are nearby], so we began walking towards it again.
He cut a very tall tree and swung it around, pointing it right at us like a loaded gun. I’m thinking, “This guy thinks we’re just going to run away,” and I wanted him to know that we’re not here to run away, we’re here to stop this dangerous project, so I sat down. I knew that the operator had full control over that tree, because the machine has a tight grip like a fist around the tree trunks, and it will only let go of that tree when it wants to.
The operator kept that tree pointed at us for what seemed like forever. It felt like he was aiming a loaded gun at me and would pull the trigger any second. Then he turned it back a bit, and basically dropped the tree. As it fell it hit another tree which broke and fell straight towards me. I managed to roll out of the way right before the top of the tree slammed down right were I had been sitting. Others were right next me. The operator fully retreated back across the bridge, and regrouped with the supervisors.
After that, two supervisors hung around and filmed us, telling us that the cops would be here soon.
We went back and retook the bridge where are our friends did the lockdown earlier in the day. We had effectively run them off because it was the end of work day.
at September 27, 2012 No comments:

Democracy Now! Has US designated Wikileaks Assange 'enemy of the state'

In the wake of a speech given by Julian Assange addressed to the United Nations, documents obtained under the Freedom of Information Act show Wikileaks founder Julian Assange may have been designated an "enemy of the state" by the United States. For more on the new developments Democracy Now! has Assange's speech as well as an interview with the president emeritus of the CCR and legal advisor to Julian Assange, Michael Ratner. watch: http://youtu.be/e-m8bV9KGVE

Michael Ratner was on Democracy Now! this morning! to talk about the U.S. Air Force counter-intelligence documents that show military personnel who contact WikiLeaks or its supporters may be at risk of being charged with "communicating with the enemy" - a military crime that carries a maximum sentence of death. The designation is the same legal category as al-Qaeda and the Taliban. In this interview Ratner discusses the implications of the newly found documents and the current state of Julian Assange's legal case.We also show the speech Assange addressed towards the UN from the Ecuadorian Embassy.
Exposed: U.S. May Have Designated Julian Assange and WikiLeaks An "Enemy of the State"
DEMOCRACY NOW LINK:
http://www.democracynow.org/2012/9/27/exposed_us_may_have_designated_julian