FBI burglars who exposed 'COINTELPRO' come out of the shadows 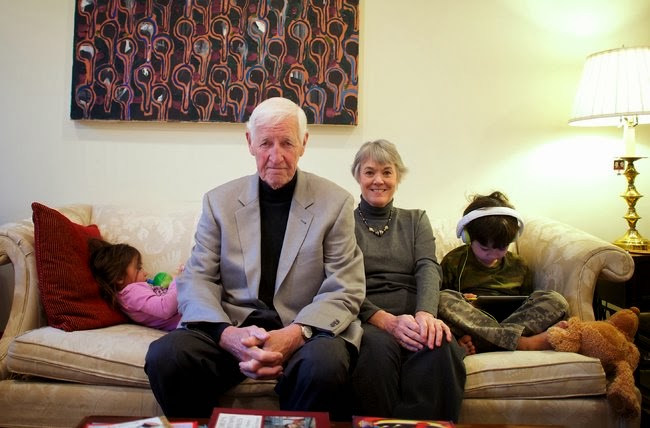 The FBI burglars who first exposed the word 'COINTELPRO' came out of the shadows after 43 years.
"Among the grim litany of revelations was a blackmail letter F.B.I. agents had sent anonymously to the Rev. Dr. Martin Luther King Jr.,threatening to expose his extramarital affairs if he did not commit suicide."
Read more: http://www.nytimes.com/2014/01/07/us/burglars-who-took-on-fbi-abandon-shadows.html

Comment from Ben Carnes, Choctaw:
"My thinking is that many people who were imprisoned as a result of COINTELPRO should be released from the prison sentences they are still serving, such as Leonard Peltier, and many others."

Chomsky discusses the COINTELPRO and how activist organization (including AIM) were penetrated during the 1960s/1970s. Very interesting stuff!

"It Was Time to Do More Than Protest": Activists Admit to 1971 FBI Burglary That Exposed COINTELPRO
http://www.democracynow.org/2014/1/8/it_was_time_to_do_more

From COINTELPRO to Snowden, the FBI Burglars Speak Out After 43 Years of Silence (Part 2)
http://www.democracynow.org/blog/2014/1/8/from_cointelpro_to_snowden_the_fbi

Currently you can see how COINTELPRO tactics are used against activists, and to destroy movements: Wikipedia: "The intended effect of the FBI's COINTELPRO was to "expose, disrupt, misdirect, or otherwise neutralize" groups that the FBI believed were "subversive"[32] by instructing FBI field operatives to:[33]
create a negative public image for target groups (e.g. by surveiling activists, and then releasing negative personal information to the public)
break down internal organization
create dissension between groups
restrict access to public resources
restrict the ability to organize protests
restrict the ability of individuals to participate in group activities
at January 07, 2014 No comments:

MNN. JAN. 6, 2014. Prime Minister Harper, the CEO of the Corporation of Canada, is setting up full-time war just like the US. These spongers have never worked. They only want to live off the backs of others. They want to keep stealing, selling our possessions and then pocketing the money.

Canada has lost business in Afghanistan. The Canadian defense industry is seeking more wars to support around the globe.
Instead of doing an honest day’s work, Foreign Affairs Minister John Baird is pressuring Brazil, Chile, Peru and South Korea to get into a fight with somebody somewhere to keep 109,000 people in jobs.

Weapons of mass destruction will move easily. A war measures board, the Canadian Association of Defense and Security Industries, represents more than 975 defense/war-related companies. They need war!
Canada is a crown corporation, set up by the bankers, that owns the weapons making companies. Unsurrendered Indigenous land, resources and transportation routes on our territories is the backbone of the proposed war-making killing machine. War needs fuel, food for the troops and propaganda to fool the people. 50% of taxes will go towards war.

A handful of agencies run everything, answerable to the bankers, the shareholders. Defense contracts go to close corporate colleagues. Businesses convert to military production. Forced labor is channeled into private prison camps. Standard of living is already decreasing for everyone else.
The new world order is the old world paradigm with a new corporate mask. Harper’s war economy is directed by the military industry, funded by our ever growing $650 trillion Indian Trust Fund.
Haven’t we heard this before?

War needs mostly free workers and cannon fodder!
Bankers are the world’s most active parasites. They  live off other people while giving nothing in return. It will not turn out as they plan. Over a million of our people will become of work age in 2017. These young people know our rights and history. Their priority will be to promote the peace. They will dissolve the war economy.
As Bon Scott sang: “I know that it’s evil/I know that its got to be/.. know I ain’t doing much/doing nothing means a lot to me. /Living on a shoe string/a 50-cent millionaire/Open to charity, rock and roll welfare“… Bon Scott. “Down Payment Blues”.
See: Postmedia: “Canada looks to weapons sales in developing countries ..’
“Truth of the Crown”
“FEMA Camps Going Operational”.
MNN Mohawk Nation News kahentinetha2@yahoo.com For more news, books, workshops, to donate and sign up for MNN newsletters, go towww.mohawknationnews.com  More stories at MNN Archives.  Address:  Box 991, Kahnawake [Quebec, Canada] J0L 1B0
at January 07, 2014 No comments: