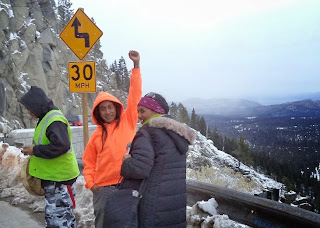 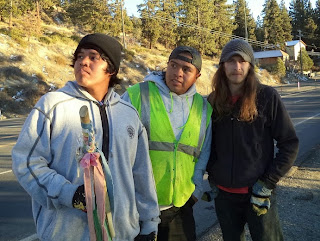 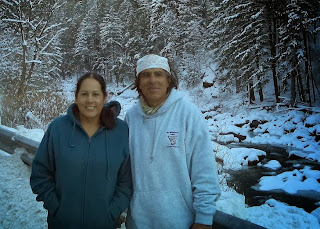 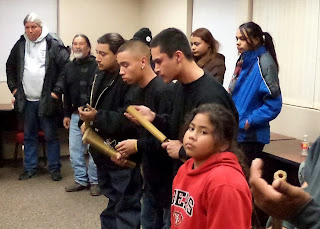 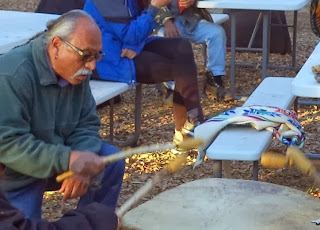 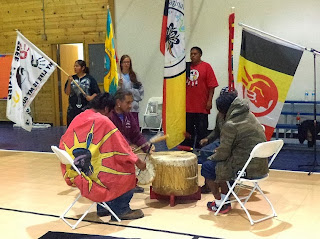 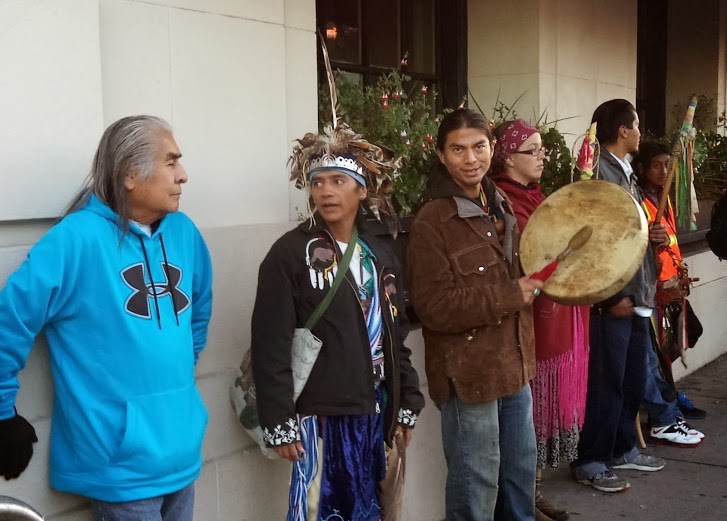 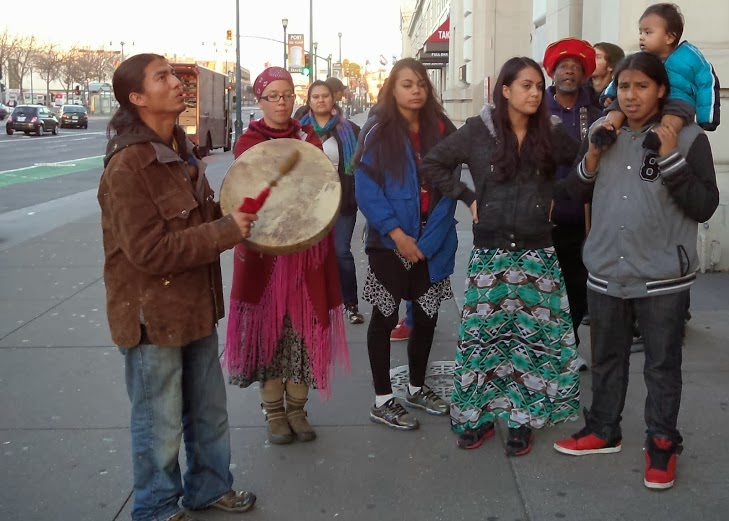 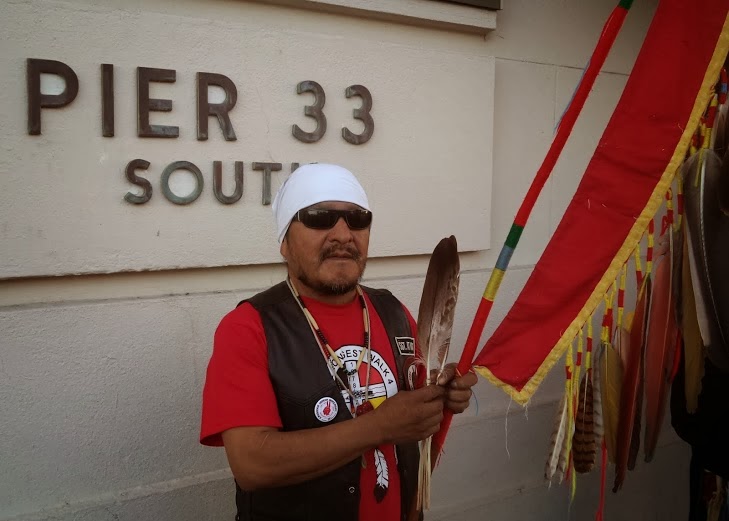 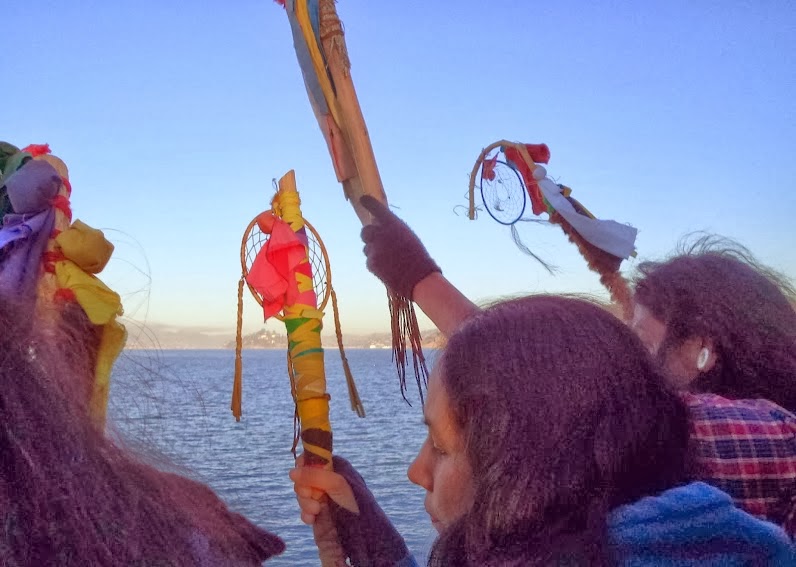 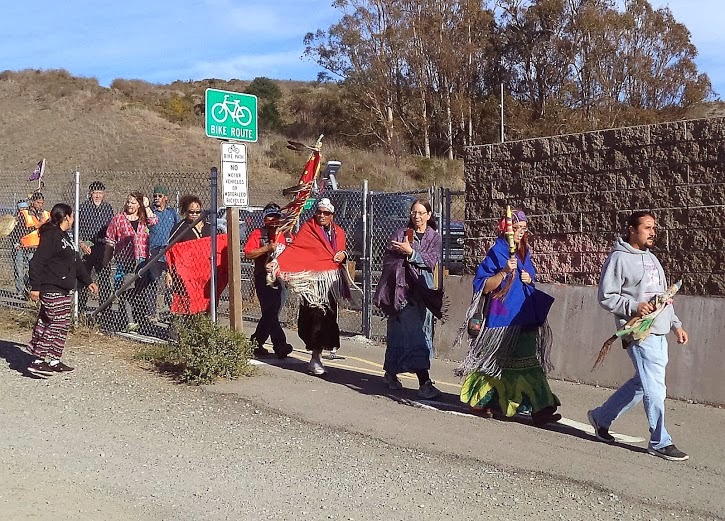 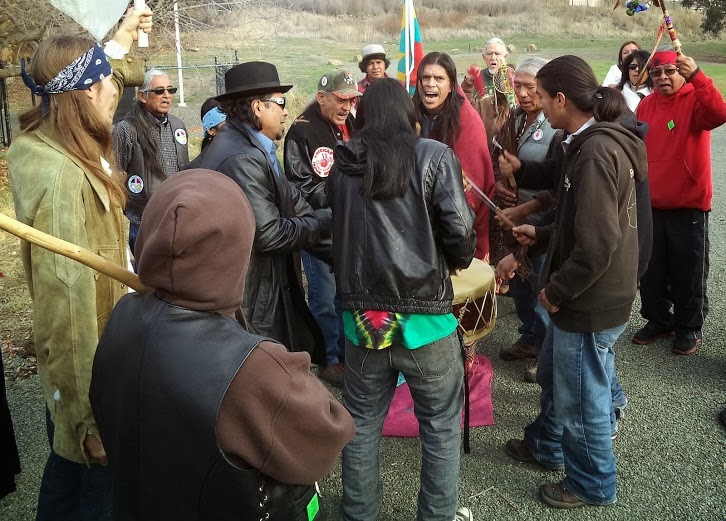 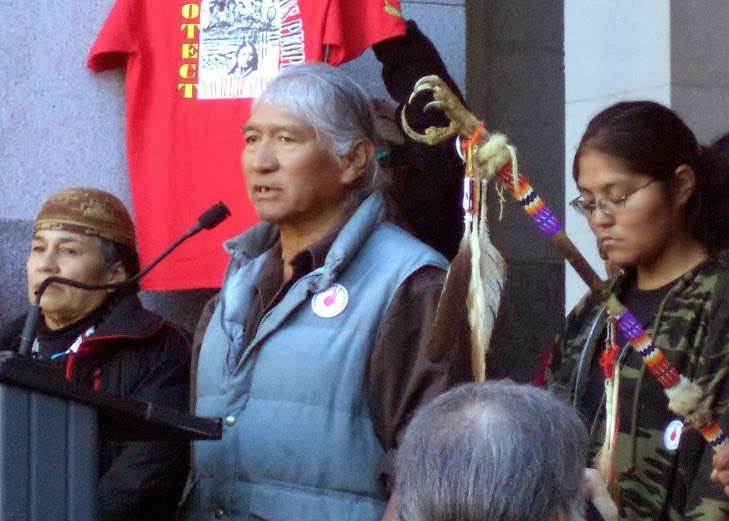 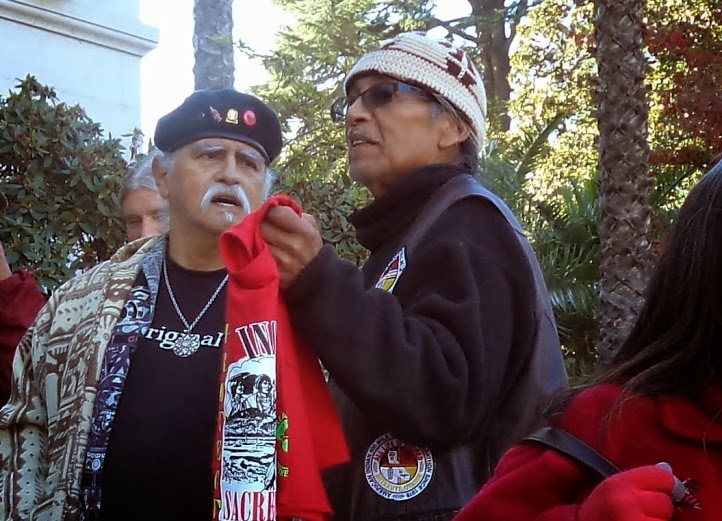 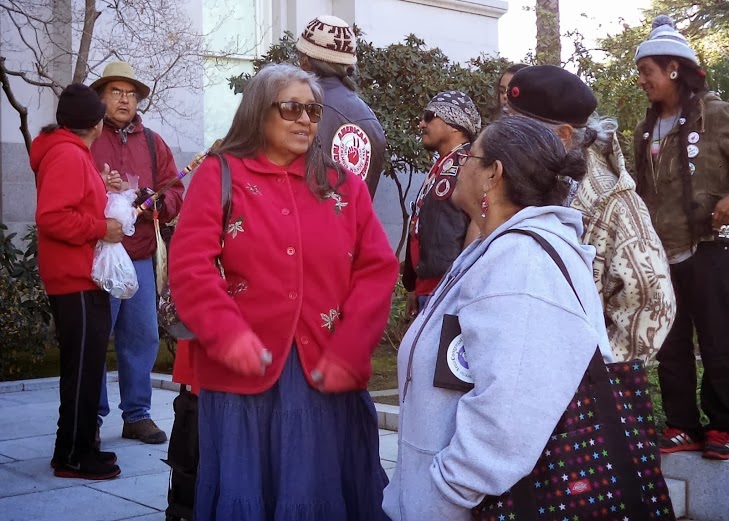 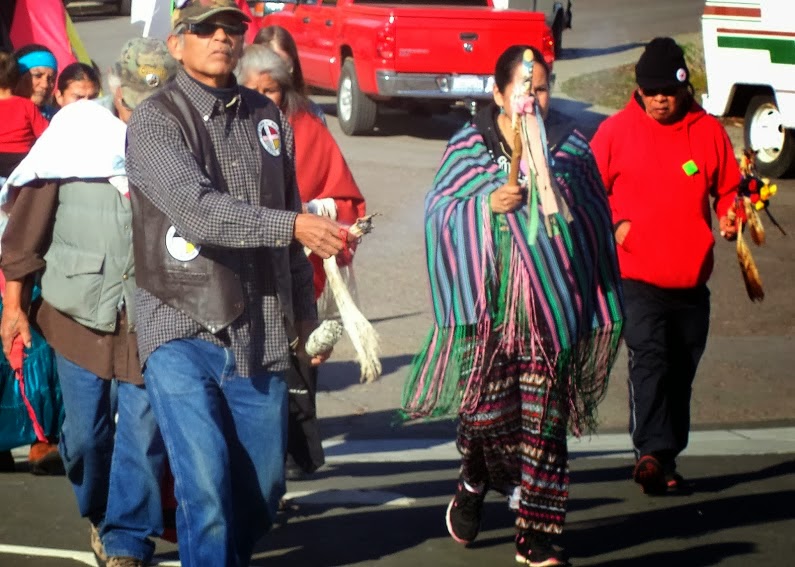 Thanks to Long Walker Lloyd Vivola for sharing his photos from the five month Longest Walk 4 Return to Alcatraz with Censored News! Congratulations to the long walkers who made it to Alcatraz on Dec. 21, 2013!
Please click on photos to enlarge!
at January 26, 2014 No comments: 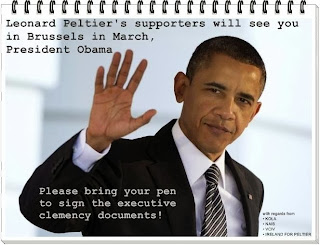 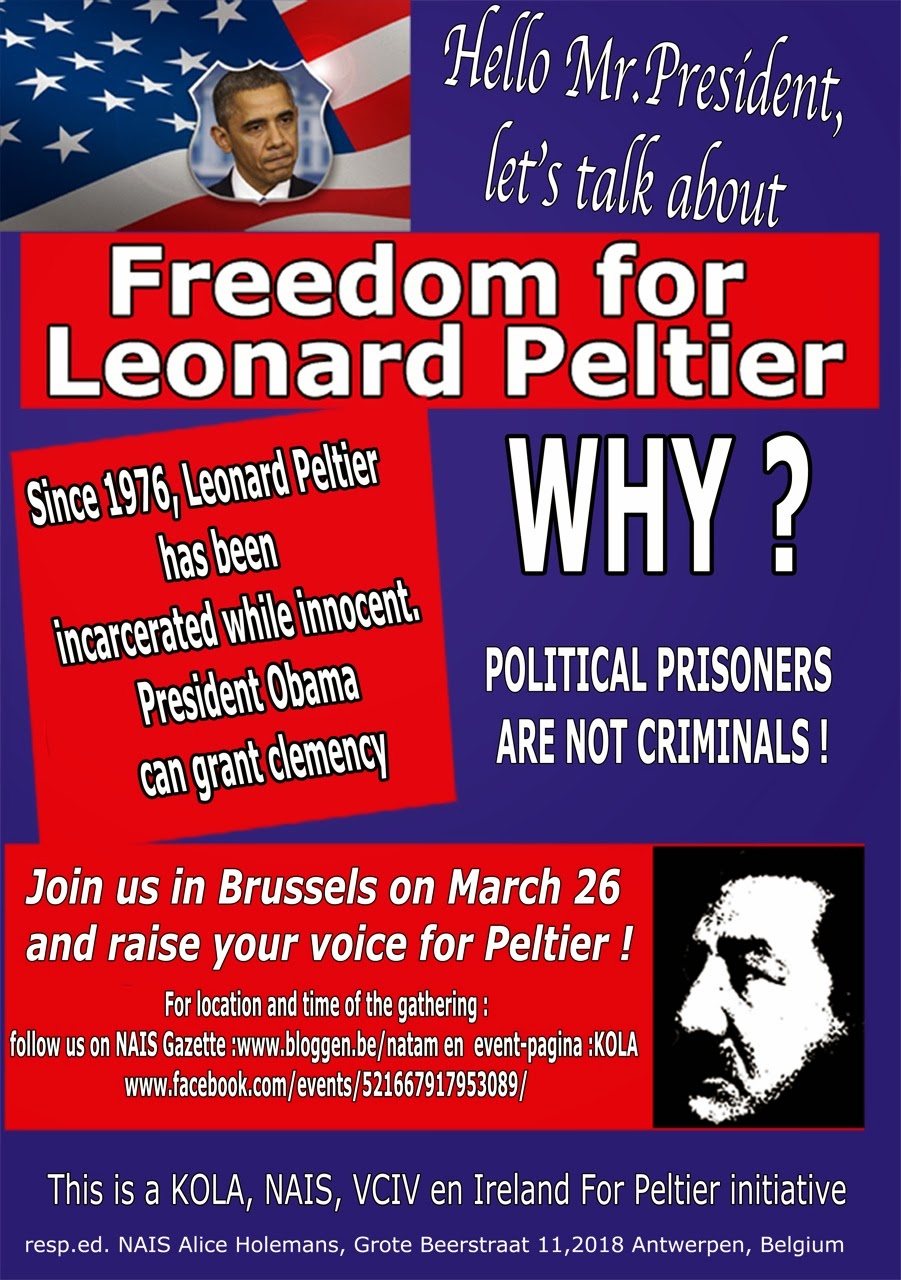 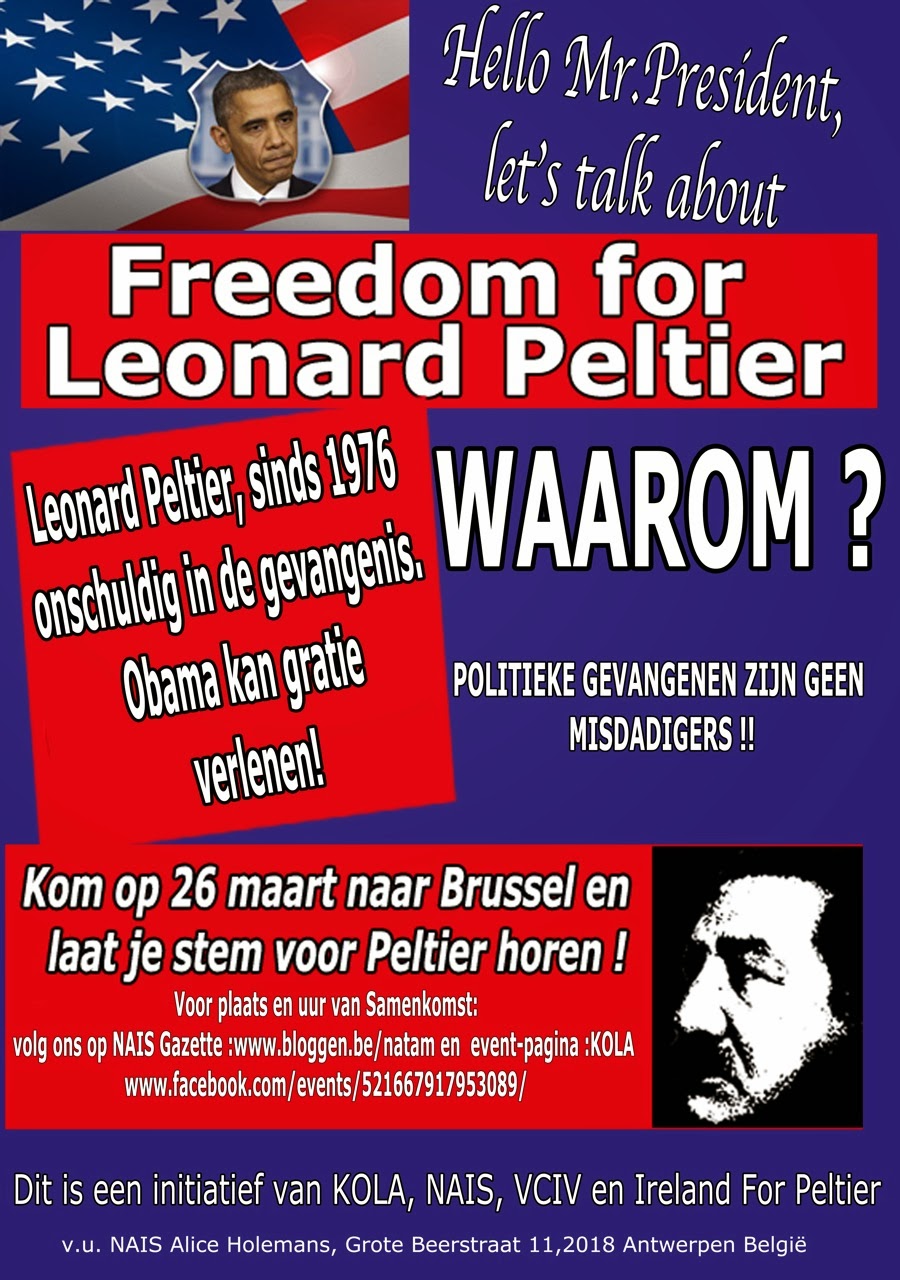 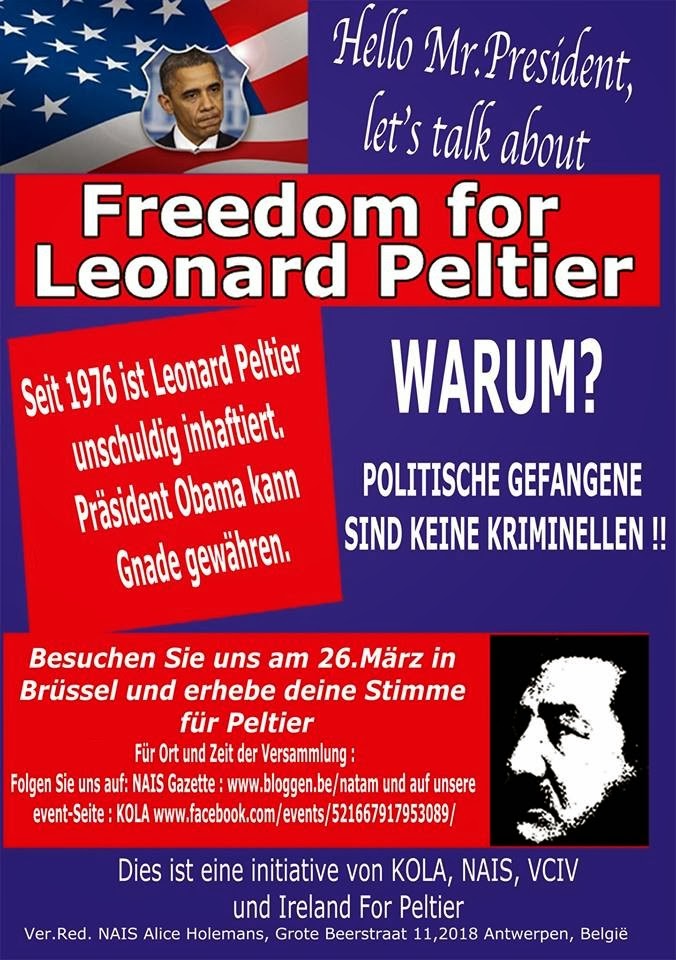 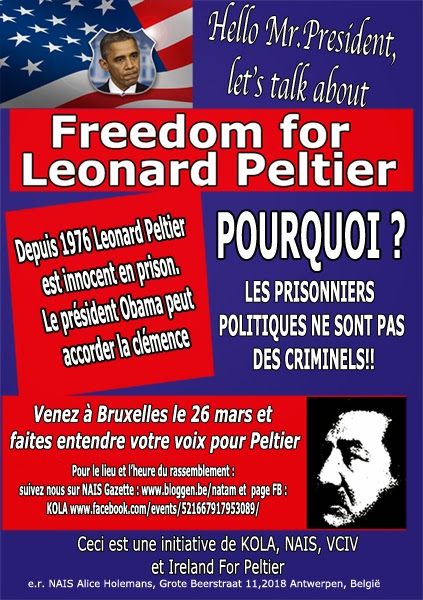 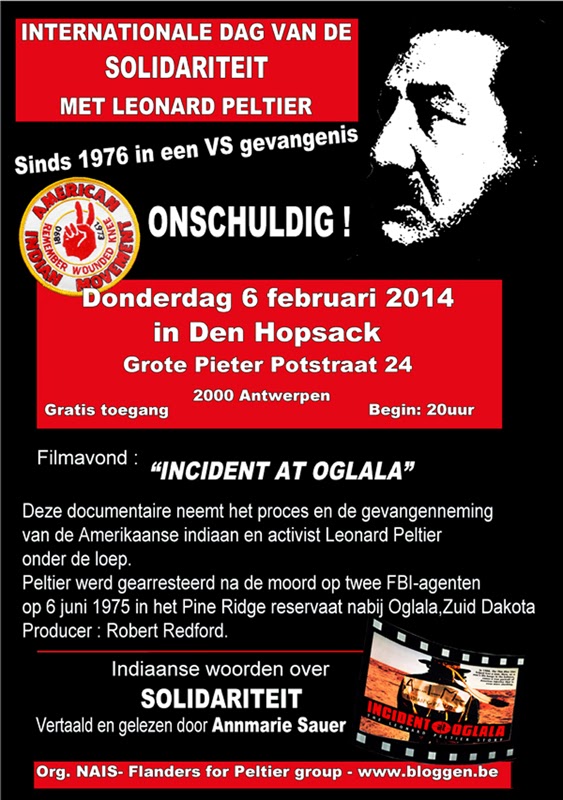 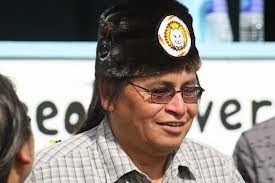 I reach out to you because, you more than anyone knows not only the political but economic reality. I ran for SCO Grand Chief not because I was interested in the politics but because a huge opportunity exists in changing First Nation economy reality.
In the mid 1990s, the first Treaty Land Entitlement agreements in Manitoba were signed between Canada and First Nations in this province. Seven First Nations in SCO have TLE agreements. The combined area between the 7 TLEs that can be turned into new reservation lands is over 424 square miles. Twenty years will have passed since the first TLE was signed and we only recently have four reservation lands in or near the city of Winnipeg. None of these four reservations have developed like Westbank First Nation in Kelowna. On February 26, 2014, SCO will facilitate a Conference on Urban Reserves and TLE. Long Plains First Nation which has a 2.4 acre Urban Reserve on Madison Street in Winnipeg has asked that SCO coordinate this one day Conference.
We have invited Westbank First Nation to make a presentation and their presentation will be at 11 a.m.The Conference is at the Marlebourgh Hotel on Smith St in Winnipeg. I now ask you if you can attend or send someone from the Grand Council of Cree to attend. Of course, SCO is not in a position to finance an invitation to you to attend but there is a tremendous opportunity in the new urban reserves development and in creation of new reservation lands in southern Manitoba. I have received commitment last week from Ottawa to seek new ways to speed up the process of creating new TLE reservations. You more than anyone knows that we must have independent sources of financing our economies.
The Canadian Indian Act is our Berlin Wall, we must tear down that wall. Most of the 33 First Nations in SCO have an unemployment rate between 60 and 95%. My expectation is that Westbank First Nation will be clear that the path to investment into Urban reserves rests in the structure of the Urban Reserves that protects investors, that allows profit and creates alliances between First Nations and the business leadership. Winnipeg is a $26 billion GDP with a population over 714,000 people. Over a million people in southern Manitoba, all within 75 miles of the United States border. To develop the Winnipeg Urban Reserves to fullest potential we must bring in people who can see the future, that understand that First Nations who want to use and circumvent the Canadian Indian Act must plan it out properly. Money is not the problem, the problem is the structure of the Urban Reserves and the Canadian Indian Act.
I would welcome your input and your experience in helping us plan our way out of poverty. The Winnipeg Urban Reserves and TLE in Manitoba would be good opportunity for the Grand Council of Cree. You have access to investors and you have experience. I extend my invite to you to attend the Conference on February 26, 2014. I assure you time to make a presentation at 1 p.m., should you decide to attend. We have invited all seven First Nations who have TLE Agreements with Canada to have a booth at the Conference and you will be surprised at how much potential they have. The 7 TLEs cannot buy the all the lands they need and would welcome someone like the Grand Council of Cree to help them understand how to get all their lands under the TLEs.
I am in the process of inviting some of the big Casino Nations from the States to attend but given the short notice may not get them but for sure, we will get some of the big business people in Winnipeg to attend. It is a closed Conference, no press but open to all First Nation people and Business people to attend.
My goal is to first reach out to the Business community in Winnipeg, second, to First Nations in Canada, then to Native American Casino Tribes in the United States and finally to international financing but one way or another, we intend to crack the Indian Act that holds us in poverty. I want to issue a $500 million bond to finance the development of TLEs and the Urban Reserves. We can do this, if we have people like you to help us.
If First Nations understood the potential of all the new reservation lands under TLE in Canada and new reservations lands under other settlements, they could contact other Nations who want food security and all the other trade potential that exists for First Nations and those countries that want to do business with us. The trick is, how do we get First Nations to see beyond funding from Ottawa.
Thank You Matthew and hope to hear from you soon.
Thank You
Grand Chief Terrance Nelson
204-946-1869 ext 114
Just another thing for you Matthew, there was a gas line explosion twenty something miles from our reservation in Manitoba and my sons looked out the window, saw this huge fireball and my oldest son said, "I bet they blame Dad for that". That was funny but also a sad statement on our situation in Manitoba and the western provinces.
http://www.ctvnews.ca/canada/natural-gas-pipeline-explodes-in-southern-manitoba-sending-flames-into-air-1.1655606
at January 26, 2014 No comments: