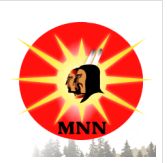 I went to work at Indian Affairs and got a call. “Hi, this is Pierre”. “Who?” I said. He wanted me to bring my kids over to the Prime Mnisterial residence at 24 Sussex Drive, so his boys, the same age as my daughters, could have a swim together. We decided to go a few days later.

He greeted us and the kids had a great time in the pool. His eldest, Justin, got along very well with my eldest daughter. Then they all went into this playhouse building full of fantastic toys. Pierre and I had a snack at a table in front of the window overlooking the Ottawa River.
He told me his family came from St. Remi, the town next to Kahnawake, where I come from. I told him I saw a picture in MacLean’s Magazine of his cousin who sells eggs in my village. We talked for a while on th principles of the Great Law and the Guswentha. He said he had relatives in my community. He laughed when I said that I wouldn’t be surprised if he had some Mohawk ancestry. He was very interested in Mohawk culture, expecially about our origins on Montreal Island.
His kids had baked a cake for him, which we all shared. They were then sent to bed. And we went home.
A few days ago Justin made a very important decision to address the broken governmental systems in Ottawa. He is removing all Liberal Senators from his Parliamentary caucus. He sees that the party system of politics is the breeding ground of greed and corruption.
We hope he will address the real constituional issues, which is the autocratic power of the prime minister’s office. He appoints the judges, senators and the Governor General who prorogues Parliament whenever he tells him to. There are no check and balances for the power of the PMO in the Canadian constitution. He has absolute dictatorial powers in this country.
Justin’s family for many generations were born on Mohawk land. His father now resides next to us permanently in St. Remi. His father never got the constitution ratified by the people. He faltered on his duty to protect the Canadian people from the international bankers. Justin will right these wrongs.
As Neil Young sings in his new Canadian National Anthem: “Mother Earth and her giving ways, or trade away our children’s days”.  Neil Young. “Mother Earth”.
“Justin Trudeau Senate Surprise.”
MNN Mohawk Nation News kahentinetha2@yahoo.com  For more news, books, workshops, to donate and sign up for MNN newsletters, go towww.mohawknationnews.com  More stories at MNN Archives.  Address:  Box 991, Kahnawake [Quebec, Canada] J0L thahoketoteh@hotmail.com for original Mohawk music visit thahoketoteh.ws

It’s time to take these bankers’ money machine away. Until then nothing will change. Pierre Elliott Trudeau put Canada into debt slavery with the international bankers. In 1974 he fraudulently gave power to the private banks to print the money at interest. For the first time in Canadian history Canadians had to learn the meaning of “deficit”. Every child at birth owes $85,000 to the banksters, the Crown. [Look on internet for each person’s share of the national deficit].  The plan is no one will ever get out of debt.
Today Trudeau’s son, Justin, is seeking to become the CEO of the Corporation of Canada. He should be fixing what his father broke. When the money machine is taken away, then the bankers will be charged with fraud and theft and put in jail, as they were in Iceland. “Iceland Revolution”. The debt is fiction. It does not exist. No one owes them one cent.

Now is the time for the band and tribal council grid over our lands and resources that serves Canada to be dissolved. Without these corporate Injuns, Canada has to deal directly with their true landlords.
For our fellow victims [Canadian citizens] of the broken British/Canadian corruption system, the solution is for each community to form a self-sufficient council to take care of each other through the provisions of the Guswentha/Two Row Wampum under the Kaianerehkowa, the law of this land. 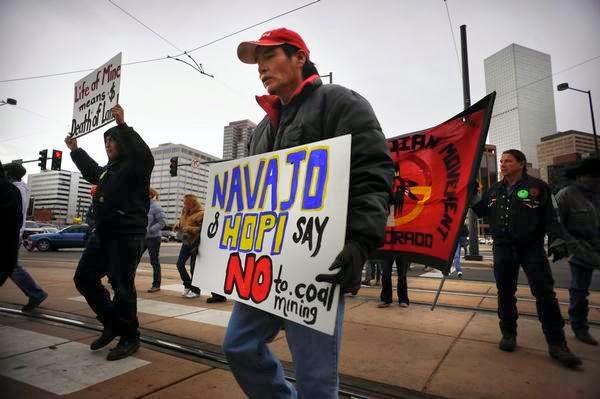 TUCSON -- Today the University of Arizona in Tucson continues its exploitation of Native people and their resources, with a featured speaker on water rights who is opposed by Navajo and Hopi people. Navajos and Hopis issued a statement objecting to the speaker at today's Native Nations Institute.

This is at the root of Navajo relocation, clearing Navajos from Black Mesa for Peabody Coal. Now, southern Arizona wants Navajo and Hopi water both for their luxury lifestyles and to keep the Navajo Generating Station, a coal-fired power plant using Peabody's Coal, operating on the Navajo Nation near Page.

Arizonans are happy to have Navajos, Hopis and their neighbors suffering from the diseases caused by the coal-fired power plant, so they can have electricity in southern Arizona.

The media such as the armchair reporters at Indian Country Today make the situation worse by publishing press releases and spin for their paychecks, while failing to to be present on news stories.

Already the University of Arizona constructed telescopes on sacred Mount Graham, over the objections and lawsuits of Apaches and other Indian Nations. Wendsler Nosie, San Carlos Apache, was arrested by the university while praying on the mountain. Nosie now boycotts the university. The university built the telescopes in collusion with the Pope and a consortium of universities.

Ofelia Rivas, O'odham, also boycotts the university. Rivas points out the university entered into a joint partnership with Advanced Ceramics on San Xavier Tohono O'odham land to design drones. Drones are used against O'odham on the border and Indigenous Peoples worldwide. Drones are now an instrument for targeted assassinations by the Obama administration.

Further, the university has promoted programs which target Indigenous Peoples with racial profiling on the US Mexico border and joined in corporate partnerships with Raytheon Missiles and other war profiteers. The university works closely with Homeland Security and the US Border Patrol for further militarization of the US Mexico border, including the Tohono O'odham Nation, and targeting people of color on the border.

The university's Law School is one of the sponsors of today's program on water rights at the Native Nations Institute, which includes the speaker opposed by Navajos and Hopis.


Brenda Norrell has been a reporter in Indian country for 32 years. During the 18 years that she lived on the Navajo Nation, she was a reporter for Navajo Times, and a stringer for AP and USA Today. After serving as a longtime staff reporter for Indian Country Today, she was censored and terminated in 2006. As a result, she created Censored News, now in its 8th year with no advertising and 2.9 million views.