Mohawk Nation News
Please post and distribute.
MNN. May 14, 2014. Seventeen winters have passed since over 100 Iroquois women, children and men were viciously attacked by the New York State Troopers while we were conducting a thanksgiving ceremony. The issue is now before the Admiralty Court. The whole natural world awaits a return to the natural proper balance. As infamous Rob “12-step” Ford, the crack-smoking mayor of Toronto, advises on Indian matters, “It’s a real sensitive issue. I can’t step on any toes!” All front man for the shareholders of the “crown” corporation known as the United States of America have the main task of continuing the illusion of freedom to the people. Our lawyer, Terrance Hoffman, dumped those of us who would not take the money. The original Two Row Agreement and the treaties have been breached.
Read more »
at May 14, 2014 No comments:

Via Campesina solidarity with Zapatistas following attack on teacher 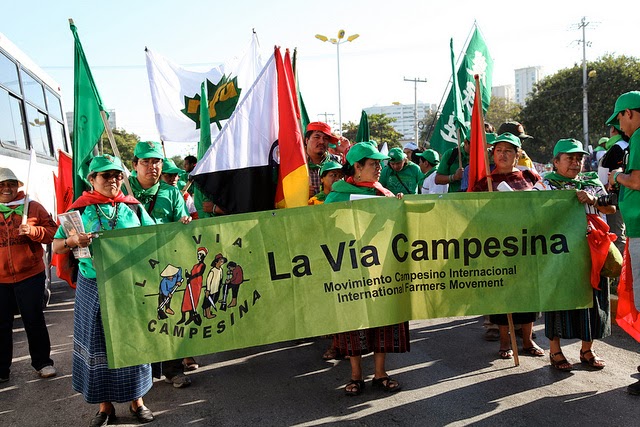 By La Via Campesina International
Censored NewsWe are dismayed and outraged, but also firm in solidarity andstruggle; we stand against the assault that ended the life of the teacher Galeano, a brother and comrade Zapatista in La Realidad, Chiapas.